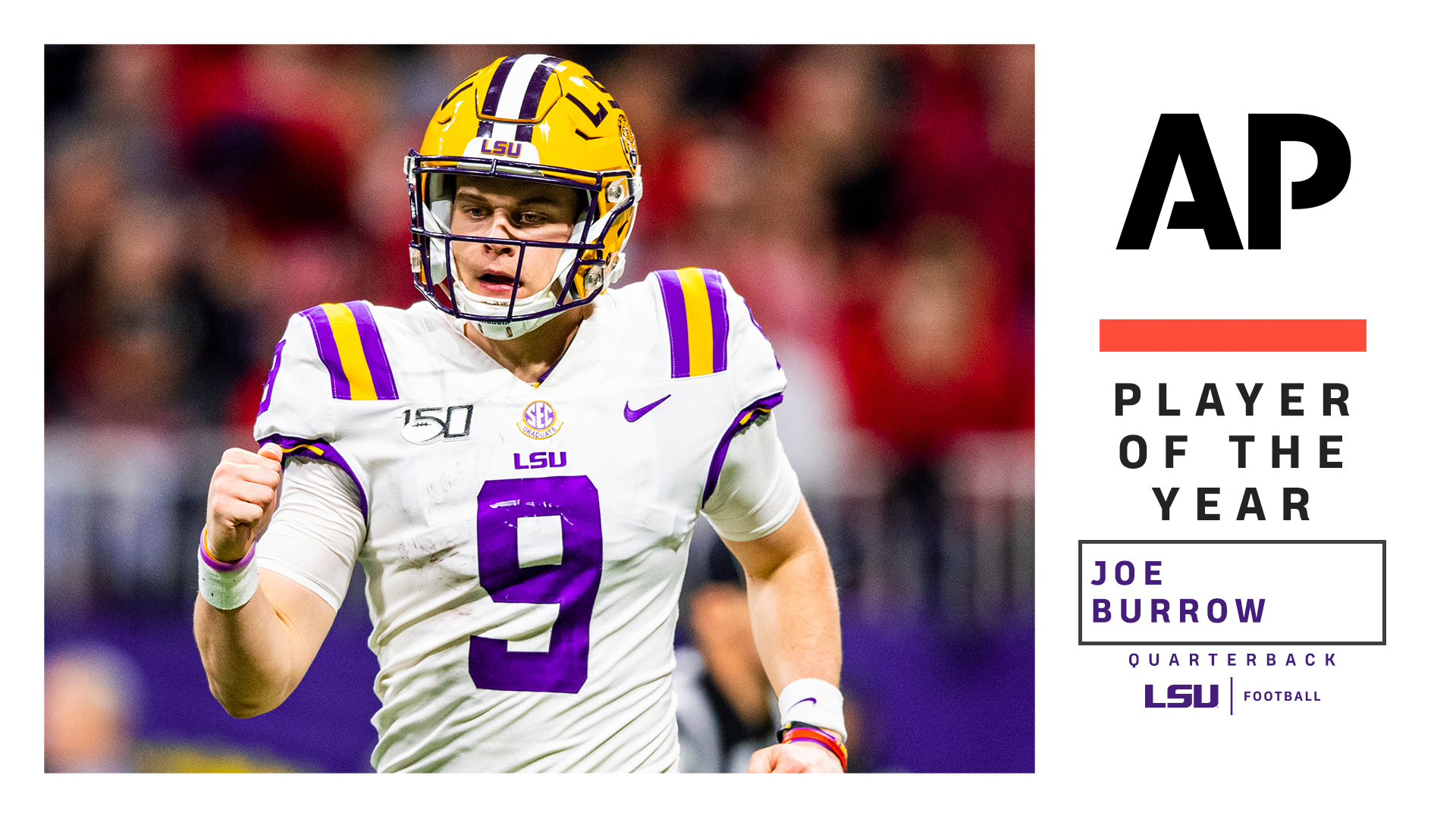 The AP Player of the Year has been awarded since 1998 and is given annually to the most outstanding player in college football. The award is voted on by sports writers and sports editors from around the country.

Burrow, who had previously been named the winner of the Unitas Golden Arm Award and SEC Offensive Player of the Year from both the AP and the SEC Coaches, has re-written the LSU record books this year, leading the Tigers to a 13-0 mark and the SEC Championship. He’s one of four finalists for the most prestigious award in college football – the Heisman Trophy.

Breakdown of AP Player of the Year vote:

Again, Burrow received 51 out of a possible 54 first place votes.

The Tigers, with Burrow leading the way, are ranked No. 1 in the College Football Playoff Rankings and will face fourth-ranked Oklahoma in the CFP National Semifinals on Dec. 28 in Atlanta at the Chick-fil-A Peach Bowl.

This year, Burrow set SEC records for passing yards (4,715) and passing touchdowns (48) becoming the first player in league history to throw for 4,000 yards and 40 TDs in the same season. He’s currently completed 342-of-439 passes and is on pace to establish the NCAA record for completion percentage in a season. Burrow’s completion percentage mark of 77.9 percent is ahead of the current mark of 76.7 percent held by Colt McCoy of Texas in 2008.

Burrow’s record-setting season has seen him lead the Tigers to a school-record five wins over Top 10 teams. In two years as LSU’s starting quarterback, Burrow has posted a 23-3 record with nine of those victories coming over Top 10 opponents, the most of any player at his position in school history.

Burrow also set LSU marks this year for TD passes in a game (6 vs. Vanderbilt) and consecutive completions (17 vs. Ole Miss). Burrow holds four of the top 5 passing games in school history, which includes a career-best 489 yards against Ole Miss.

Burrow, along with defensive back Grant Delpit and Ja’Marr Chase, are in Atlanta today where they are expected to earn more national recognition tonight at the Home Depot College Football Awards Show. Burrow heads to New York City on Friday as he will look to become LSU’s first Heisman Trophy winner in 60 years on Saturday night. The late Billy Cannon is LSU’s only Heisman Trophy winner as he was awarded the trophy in 1959.