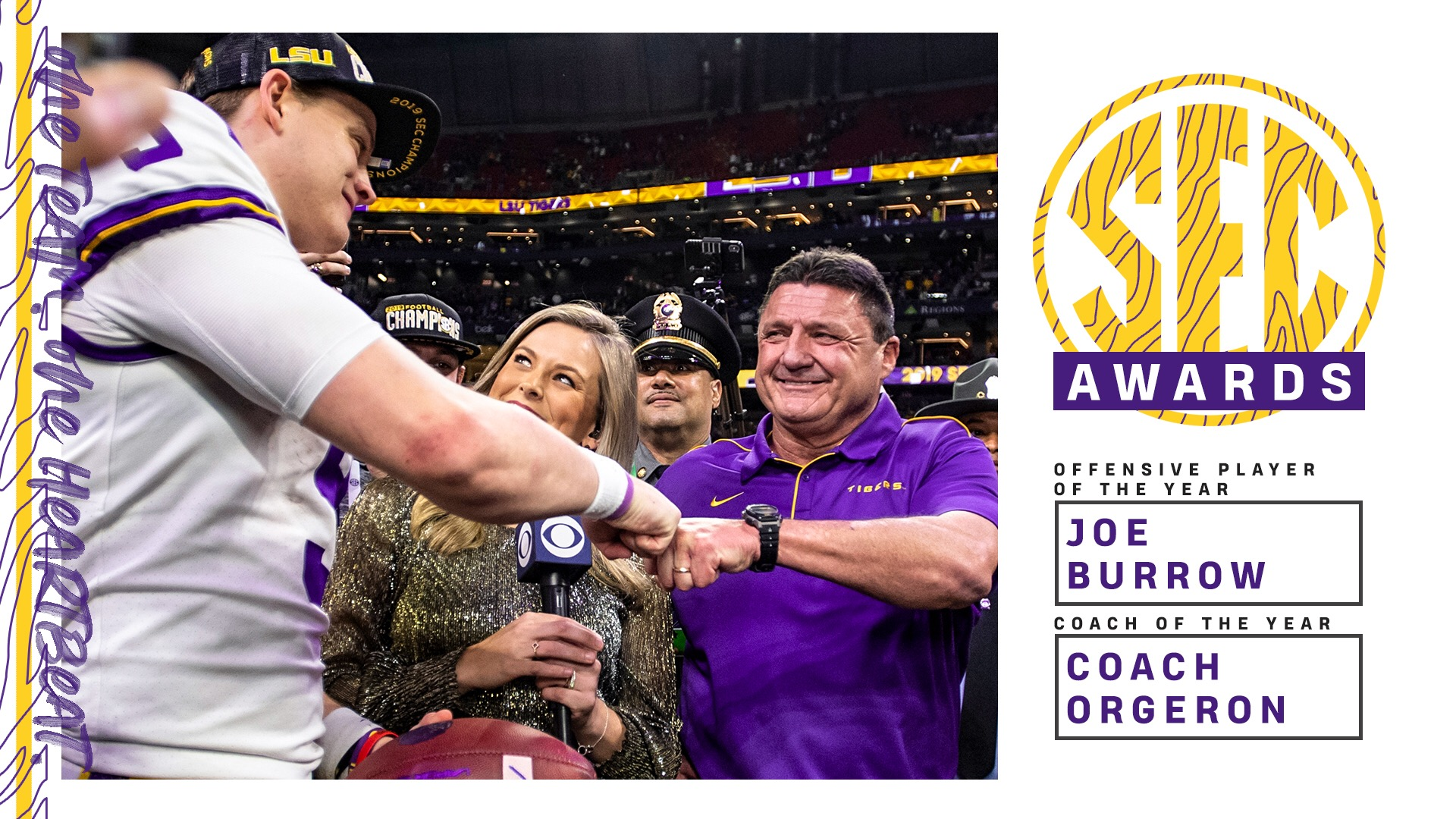 BATON ROUGE — After leading the Tigers to a perfect record in the regular season and the program’s 12th SEC Championship, LSU head coach Ed Orgeron and senior quarterback Joe Burrow received SEC Coach of the Year and Offensive Player of the Year honors from the league’s coaches.

The pair became the first from LSU to score the honors in the same season since 1958, when halfback Billy Cannon was named player of the year and Paul Dietzel was coach of the year after leading LSU to its first football national championship.

The Tigers will bring a 14-game winning streak into its CFP National Semifinal game against fourth-ranked Oklahoma on Dec. 28 at 3 p.m. CT in the Chick-fil-A Bowl in Atlanta.

Burrow, also named SEC Offensive Player of the Year by the AP this week, is one of four Heisman Trophy finalists after setting SEC records for passing yards and touchdowns in 2019. His completion percentage and pass efficiency ratings are on pace to break NCAA records.

Fans looking to reserve 2020 LSU Football season tickets may request these now at no charge at LSUtix.net. The Tigers will play host to seven games in the 2020 season including traditional powerhouses Alabama and Texas.