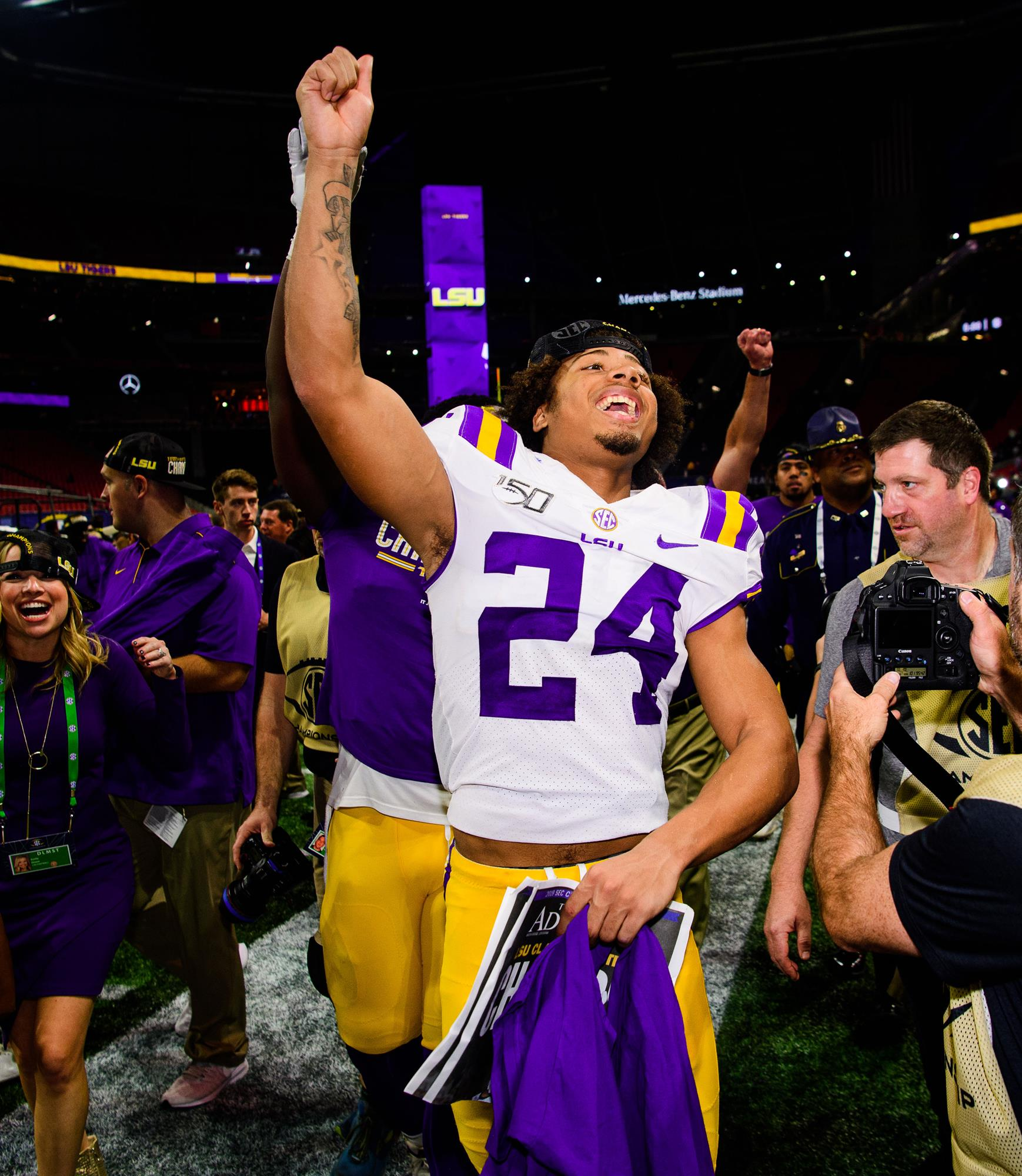 It was just a reminder, but it was an important one. Important enough for Joe Burrow to interrupt LSU’s postgame SEC Championship press conference to issue it.

“In case anyone forgets, Derek’s a true freshman,” Burrow said, nodding to freshman cornerback Derek Stingley. “I forget that a lot.”

He’s not alone. In Saturday’s commanding 37-10 SEC Championship win against Georgia, Stingley looked like a pro, not a novice, totaling two interceptions, five tackles and a pass breakup. Not for the first time this season, Stingley showcased why he’s one of the premier defensive backs in college football at age 18.

Even with his SEC-leading six interceptions, Stingley still gets targeted frequently because he’s a freshman. Time and time again, those who throw toward his direction learn the hard way. Against Georgia, Stingley was targeted 16 times, allowing just 5 catches with a 24.2 NFL rating.

“This game proved a point,” Stingley said. “A lot of people didn’t really respect us [as a defense]. We came out and showed everybody what we were made of.”

Unlike many consensus five-star prospects out of high school, Burrow says, Stingley didn’t step on campus with an attitude. It was the exact opposite. Much like when Burrow first arrived, Stingley took a business-like approach and didn’t say much his first three months, leading solely by his actions.

“He’s as humble of the guy I’ve seen,” Burrow said postgame. “In practice, I would go out of my way to throw at Derek to see if he was as good as everyone said he was.”

Burrow quickly got his answer – he was that and more.

Stingley’s two interceptions tied an SEC Championship game record, but the freshman didn’t want to talk about himself after the game.

“For one, the only reason that I’m in this position is because of everybody else on the defense,” he said. “We all work together, we make sure everyone’s on the same page. As long as that happens, then everybody looks good together.”

Stingley’s proven he’s a generational talent, but it’s a talent he’s worked extremely hard to mold behind the scenes. If you were to walk inside LSU’s indoor facility over the summer on Saturday and Sunday nights, you’d find Derek Singley and his father, Derek Stingley Sr., working tirelessly to prepare for moments like Saturday.

“He came ready to go when we got him,” head coach Ed Orgeron said. “His daddy did a great job coaching him. He’s one of the finest corners I’ve been around.”

Even as a freshman, Stingley doesn’t look or act like it. He’s a rare breed. Very few freshmen – at any school – assume starting roles from game No. 1, nonetheless flourish. Enrolling early last January, the coaches thought Stingley was the best corner on the field during bowl practices, and he wasn’t even eligible to play in games yet.

“He’s mature beyond his age,” said safety Grant Delpit. “He’s the best freshman corner I’ve ever seen. It’s crazy the plays he can make. They were throwing at him a lot this game. They were trying to test him. I don’t know why.”

It may seem like Stingley is a master of his craft, but quite frankly, he’s still a player learning with each game. In the SEC, each Saturday is a learning experience, and a chance for Stingley to turn more heads and prove more doubters wrong.

“Every game that’s played teaches me something new,” Stingley said. “After watching film, I change up technique or change up my eyes. Every game has taught me something.”

Entering as the highest-rated recruit for his class, it hasn’t hurt to have the nation’s most accurate passer testing him at practice every day. For Stingley, lining up against Burrow has made him better. Iron sharpens iron.

“Joe has taught me a lot about having to go play-by-play,” Stingley said. “In high school I was able to always make the play. When I came, with his pin-point accuracy, there were times I couldn’t do anything about it.”

As the team walked off the field with confetti falling from the rafters, Stingley shared a hug with Orgeron, who smiled from ear-to-ear.

Why wouldn’t he? He’s got the best cornerback in America for two more years.