Brazell to be Inducted Into TTFCA Hall of Fame 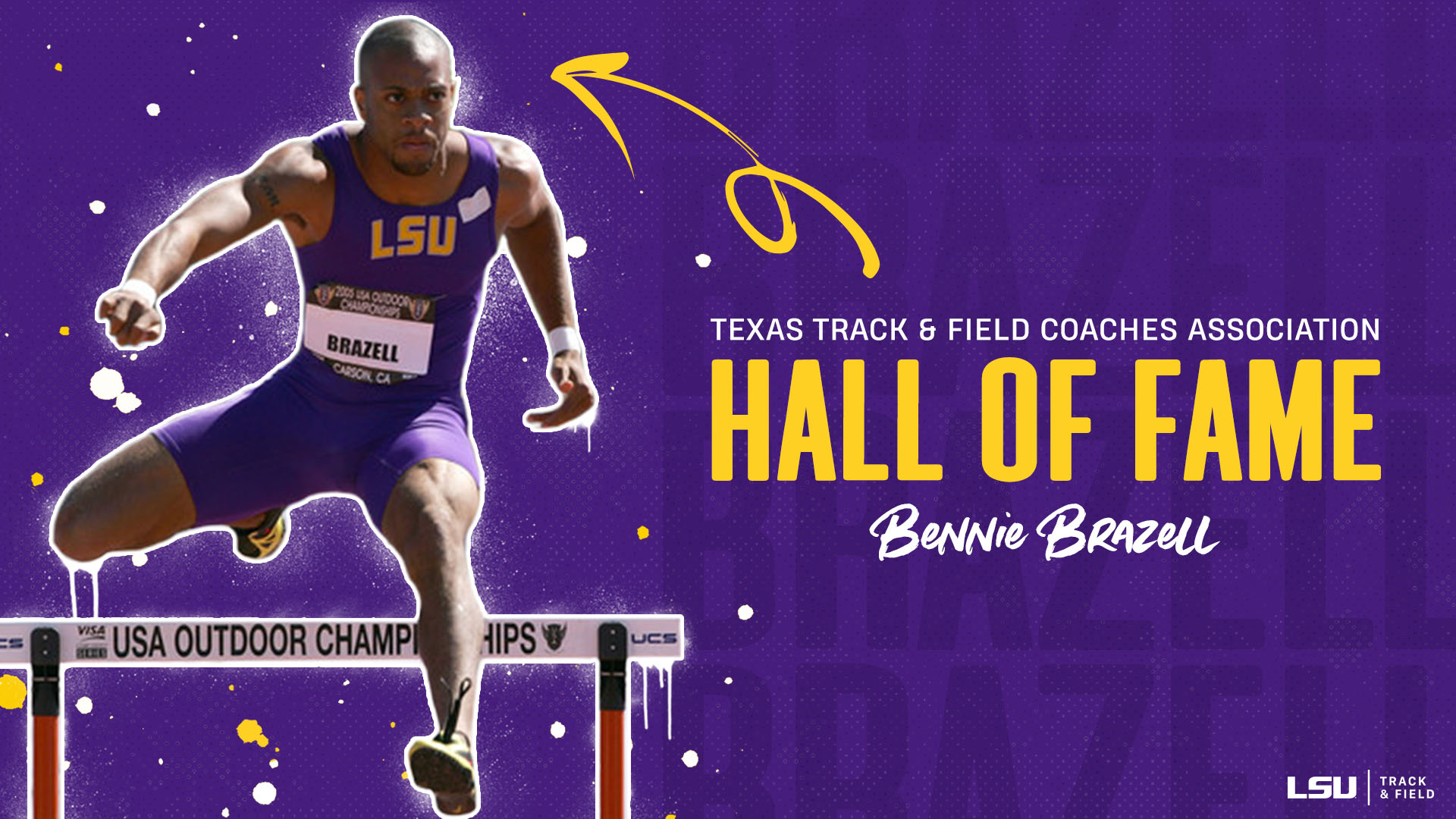 Baton Rouge, La. – Bennie Brazell, a member of the LSU track and field coaching staff, has been selected to be inducted into the Texas Track & Field Coaches Association Hall of Fame on Jan. 10, 2020.

“Bennie is a great guy to have on our staff and we couldn’t be prouder of him receiving this honor,” LSU track and field head coach Dennis Shaver said. “He was a world-class athlete. He could do it all. The feats he accomplished during his athletic career were amazing. And to see the impact he has now on our student-athletes is commendable. We’re glad to have him here at LSU.”

A two-time Texas high school state champion in the 300 meter hurdles for Westbury High School in Houston, Brazell was a multisport athlete at LSU as he starred for the track & field and football squads. He helped the LSU track and field program win national team national titles outdoors in 2002, and indoors in 2004. He was also a member of the 2003 LSU football team that claimed the natty with an 21-14 win over Oklahoma in the Sugar Bowl. Brazell was the first athlete in LSU history to win national titles as a member of two different programs.

He was a member of the LSU 4×400 meter relay squad that set the collegiate record of with a time of 2:59.59 at the 2005 NCAA Outdoor Championships; that mark of 2:59.59 is still the LSU school record and it ranks No. 3 on the all-time collegiate list. He was a 5-time national champion on the track with four relay national titles outdoors and one indoors. Brazell racked up 14 All-America honors during his four-year track and field career to rank No. 2 in LSU history in that category, and he still owns the school record of 47.67 in the 400 meter hurdles; the time of 47.67 is still the third fastest in collegiate history.

One of the best hurdlers in the world at his peak, Brazell made the American squad for the 2004 Athens Olympics. He made it to the finals of the Olympics and placed eighth amongst the best athletes in the world. Since he joined the LSU track and field coaching staff in 2012, he has coached four Olympians to two Olympic medals, and two of his athletes have won world titles. In the collegiate ranks, he has coached 14 athletes to NCAA titles.

Brazell was drafted by the Cincinnati Bengals in the 2006 NFL Draft. He spent two years in the NFL before dabbling as a member of the USA Rugby Sevens team in 2010. A native of Houston, Texas, Brazell will join the TFFCA Hall of Fame with six other members – Carl Erickson, Sid Garton, Leo Manzano, Larry Story, Monte Stratton and Toya Jones.