Preview: Tigers to Play for SEC Title Against Georgia 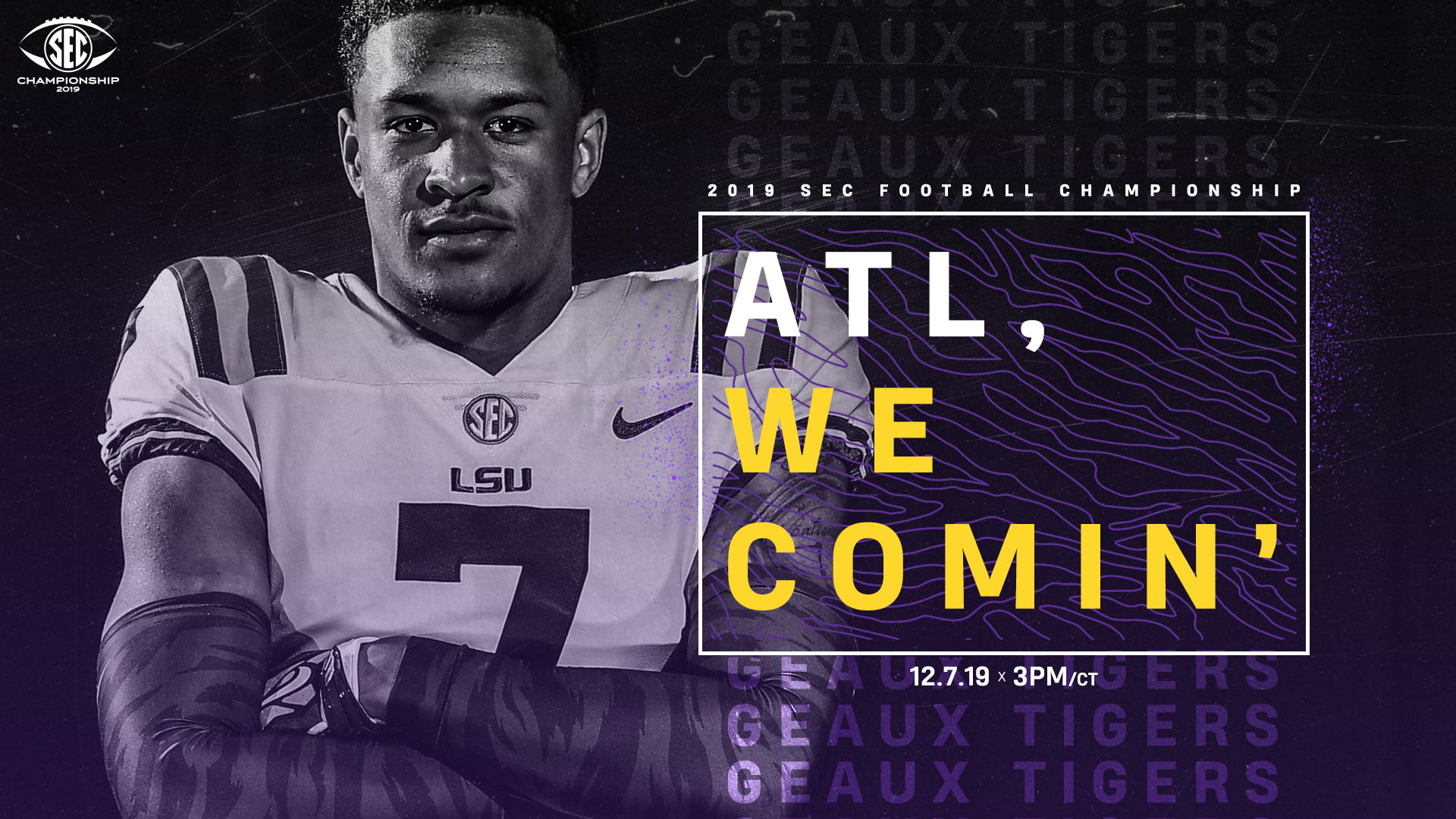 Kickoff from Mercedez-Benz Stadium is set for 4:10 p.m EST/3:10 p.m CST on CBS and the LSU Sports Radio Network.

The Tigers, the No. 1 team in the AP Poll and No. 2 in the Coaches and College Football Playoff rankings, finished the regular season undefeated to win the SEC West, capping off their unblemished campaign with a 50-7 home win over Texas A&M last weekend.

“It will be the best offensive and defensive line we’ve seen all year,” said LSU head coach Ed Orgeron. “I watched their offensive line (Monday) morning. They’re phenomenal. Probably three or four guys that will be draft choices. All five of them will play in the NFL.”

LSU’s offense enters Saturday’s contest as arguably the nation’s best, averaging 48.7 points and 560.4 yards per game, both of which rank second nationally. Heisman favorite Joe Burrow has thrown for 4,366 yards and 44 touchdowns, while completing 78.3 percent of his passes, on pace to set a new NCAA record.

Running back Clyde Edwards-Helaire, an All-American candidate at running back, has 1,233 yards and 16 scores on the ground, as well as 338 yards and one touchdown receiving. He runs behind an offensive line that returns five starters from last season and is one of 10 finalists for the Joe Moore Award as the best offensive line in the country.

For Orgeron, though, it starts and ends with Burrow.

Defensively, LSU is coming off its best game of the season, holding the Aggies to 7 points and less than 200 yards of offense. In their last two contests, the Tigers have 19 tackles for loss and nine sacks, as well as 13 passes defended and three interceptions.

K’Lavon Chaisson ranks third in the SEC with 10.5 tackles for loss, while safety JaCoby Stevens – a three-time SEC Defensive Player of the Week honoree – has stuffed the stat sheet with 76 tackles, 8.5 for loss, 5.0 sacks, and 3 interceptions.

“I think pressure on the quarterback” was the biggest difference Saturday, Orgeron said. “Obviously we had some four-man rushing, no disguises. They did a good job of disguising everything. Rashard Lawrence had his best game. We didn’t let Kellen Mond set his feet. No time when he could set his feet.

“We were playing a lot of man coverage, a lot of match coverage. Our guys were all over their DBs into contested roles. Starting fast, seven times we made them punt. Made a difference in the ballgame. I think it was all about the pressure on the quarterback.”

With a win Saturday, the Tigers would wrap up just the second 13-0 start in school history and lock up a spot in the College Football Playoff – perhaps as the No. 1 overall seed – for the first time.

“This is the standard of performance that you must achieve when you come to LSU,” Orgeron said Friday. “Obviously a big game, a lot of respect for Kirby. I think he’s an outstanding coach and has an outstanding football team. This is going to be a big challenge for our team tomorrow but we will be ready to go.”