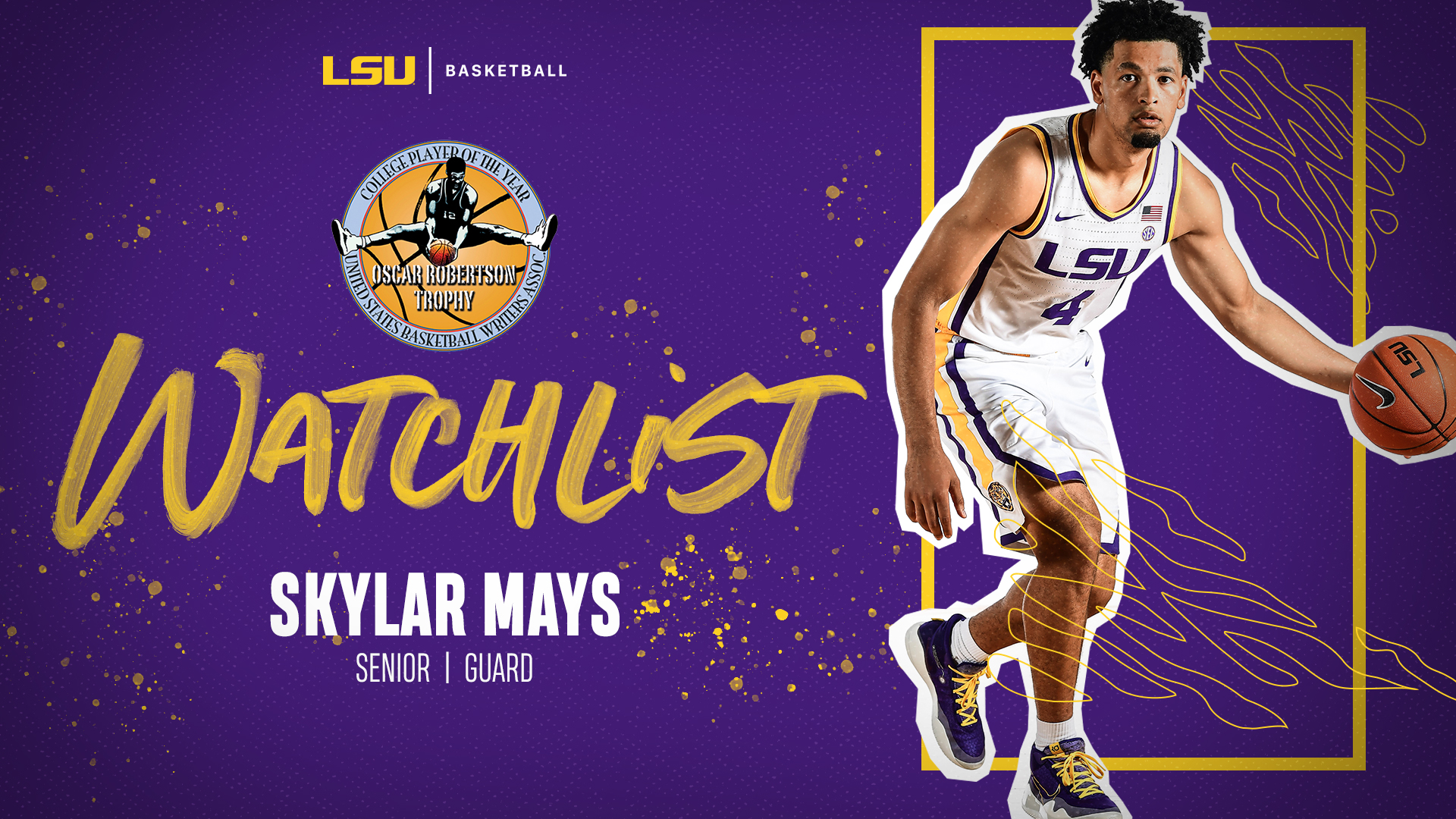 BATON ROUGE – LSU senior Skylar Mays, who is the team’s leading scorer through the first eight games of the 2019-20 season, is one of 46 standout players for its initial watch list for the Oscar Robertson Trophy.

The list was announced Thursday by the United States Basketball Writers Association for the award which is presented to the men’s national player of the year.

Since its founding in 1956, the USBWA has named a national player of the year. In the 1997-98 season, the award was named in honor of the legendary Oscar Robertson, “The Big O.” In addition, the USBWA selects an All-America team and All-District teams, players and coaches of the year.

The 2019-20 Oscar Robertson Trophy will be presented at the NCAA Final Four in Atlanta in April. The winner will be also be honored at the annual USBWA Awards Luncheon at the Missouri Athletic Club in St. Louis on Mon., April 13, 2020. The association’s Henry Iba Award (national coach of the year) and Wayman Tisdale Award (national freshman player of the year) winners will also be honored at the luncheon as well as the Ann Meyers Drysdale Award and the Tamika Catchings Award, honoring the women’s national and freshman players of the year.

While all Division I players are eligible for the Oscar Robertson Trophy, the USBWA board has chosen the players on the watch list to promote the award and give the membership, which votes on all USBWA awards, an early look at some of the best players in the country. In January, the USBWA will release a second watch list, followed by finalists after All-America balloting is complete in March. Last season, Duke’s Zion Williamson was the recipient of both the Oscar Robertson Trophy and the Wayman Tisdale Award.

The USBWA formally expanded its All-America team to 15 players in 2019 and many of the players on this watch list will contend for All-America honors. In addition, the USBWA continues to name an Oscar Robertson National Player of the Week each Tuesday.

The U.S. Basketball Writers Association was formed in 1956 at the urging of then-NCAA Executive Director Walter Byers. With some 900 members worldwide, it is one of the most influential organizations in college basketball. It has selected an All-America team since the 1956-57 season.