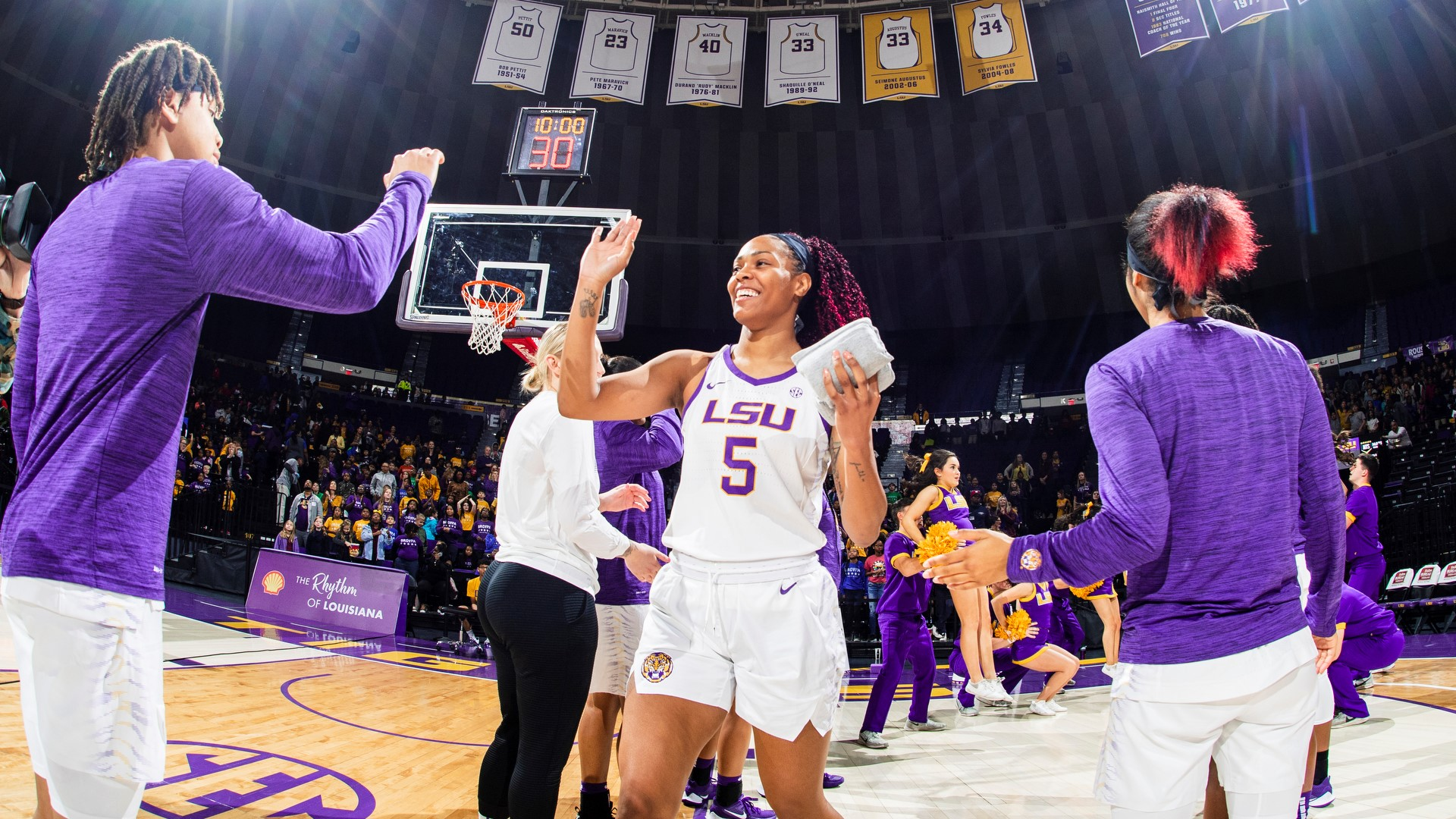 BATON ROUGE—The No. 25-ranked LSU Women’s Basketball team defeated the Nicholls State Colonels in a Tuesday morning tip-off at the PMAC, 63-32. The win pushes the Tigers to 8-1 on the season.

LSU will take on the Sooners of Oklahoma in the Big 12/SEC matchup on Saturday, December 7 at 3 p.m. in Norman. The game will be broadcast on FSN-Oklahoma and live stats will be available.

On how the crowd and the kids fired up the team…

“It should get you fired up. It should get you motivated to come out and perform. You should know that everything you do will be magnified in their eyes and they are going to cheer louder for you. When you are playing this game the right way, you might get a young girl that says I want to be like Ayana Mitchell or I want to play for the Lady Tigers one day. Somebody that came today could potentially be walking and gracing our campus as a student-athlete or as a student. It’s great to have this environment for our student-athletes to participate as well as Nicholls State.”

“The team is getting better in putting together stretches where we can look back and say ‘that was some really good basketball’. Then there were some stretches where we didn’t play or perform at the level I thought we should have. Our execution on the offensive side of the basketball was okay – it wasn’t great. We need to make sure we have ball security especially in transition. I thought we turned the ball over way too many times in transition. We could have converted a few more of those baskets and we could have gotten well over 70 points easily with our transition conversions. We are going to challenge our team to get better in that area. All that we have experienced, though, is only going to help us get ready for our next opponent in Oklahoma.”

On the bench keeping the same momentum as the starters…

“The bench needs to be the same. I want to highlight Mercedes Brooks, especially in the first half. She came in and was all over the place. She was helping teammates, rotating, and she even drew a charge. She gave us some big momentum plays. Then she let the game come to her on the offensive end. I thought that was really good to see her knock down some shots for us. She did a really nice job of giving us a lift coming off the bench. At different times throughout the season we’ve had different players step up – we’re just looking for some consistency. We need to know who we can count on every single game.”