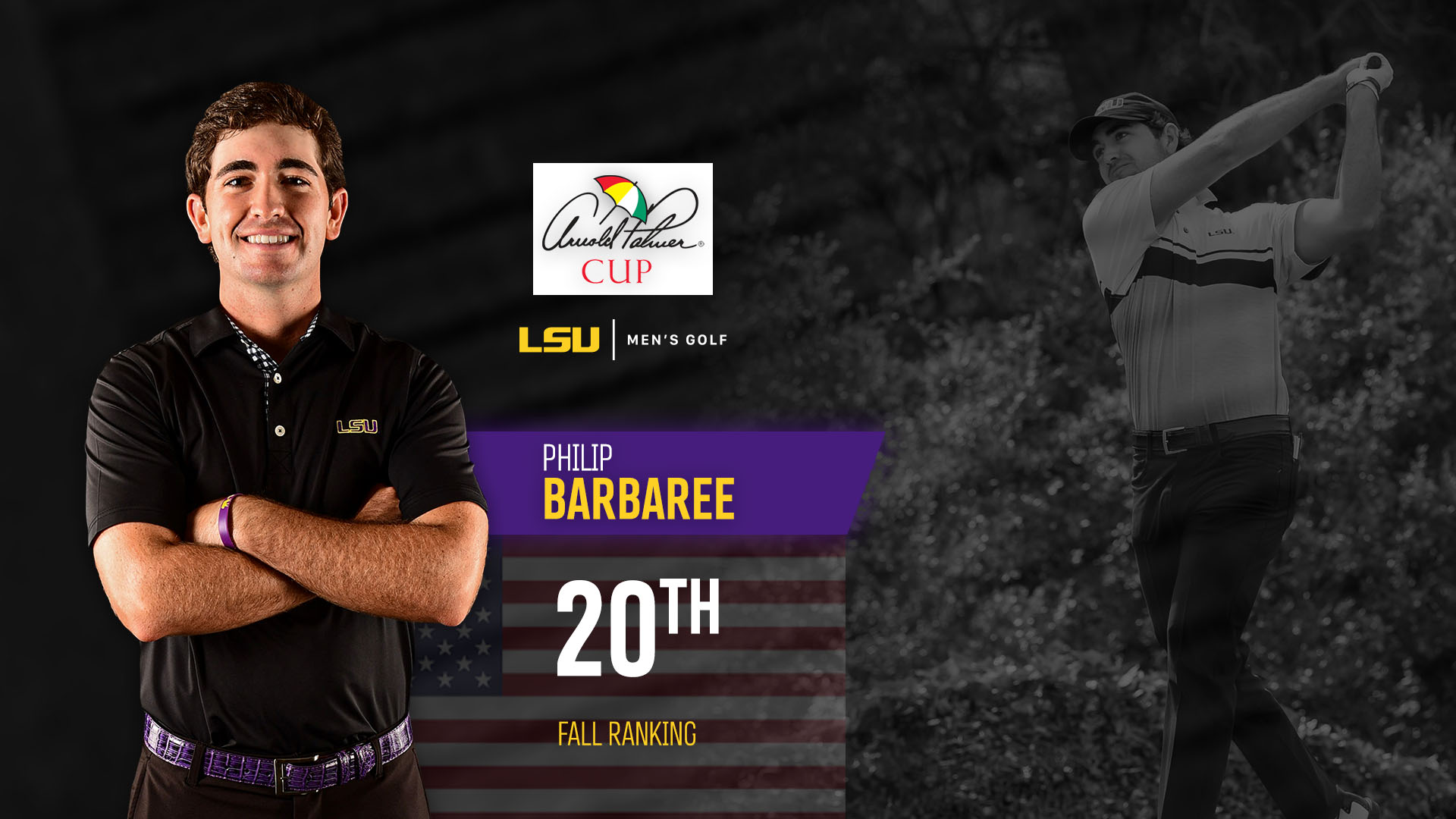 Baton Rouge, La. – Philip Barbaree, a senior on the LSU men’s golf team, capped his fall season rated No. 20 in the Arnold Palmer Cup standings on the American side.

The Arnold Palmer Cup is an event that pits an American squad against an International squad, and it is contested every summer at some of the finest golfing venues in the world. It is a Ryder Cup-style tournament that annually features 48 (24 women, 24 men) of the best amateur golfers in the world. The tournament dates back to 1997 and has been played every year since.

At the conclusion of the 2019-20 collegiate golf season, the top six golfers on each side will automatically be selected to compete at the 2020 edition of the tournament that will take place in Ireland at the Lahinch Golf Club (July 3-5, 2020).

The rankings are based off of Golfstat’s NCAA Player ranking as a base. It calculates and awards bonus points for wins, high finishes, and strength of schedule while also penalizing golfers for poor finishes. The remaining spots on the American side will feature five committee selections, including at least one non-Division I golfer, and a coaches pick. The balance of the International squad will include the women’s and men’s winners of the R&A Scholars Tournament, four committee selections and a coaches pick.

Barbaree’s fall featured five top-20 finishes in five tries, three of which were top-five showings. He started the season off with a tie for third at the Maui Jim Intercollegiate with a 9-under 201. He carded a 1-over 214 at the Inverness Intercollegiate to tie for fourth, and then a 11-under 205 earned him a tie for fifth place at the David Toms Intercollegiate. He finished the Tavistock Collegiate with an even par 216 to place tied for 17th. The Shreveport, La., native wrapped up his fall at the Sun Bowl All-America Golf Classic in El Paso, Texas, with a three round tally of 6-under 207 (T7th).

In the four fall tournaments he played as a member of the LSU men’s golf team, Barbaree has a stroke average of 69.67. On the season he is a cumulative 19-under par. Ten of his 12 rounds played have counted towards LSU’s team score and eight of those 12 have been even par or better. His best round of the season was a career low 7-under 65 in round one of the David Toms Intercollegiate.

The LSU men’s golf team will be back in action in late January at the Southwestern Invitational in Westlake Village, California.