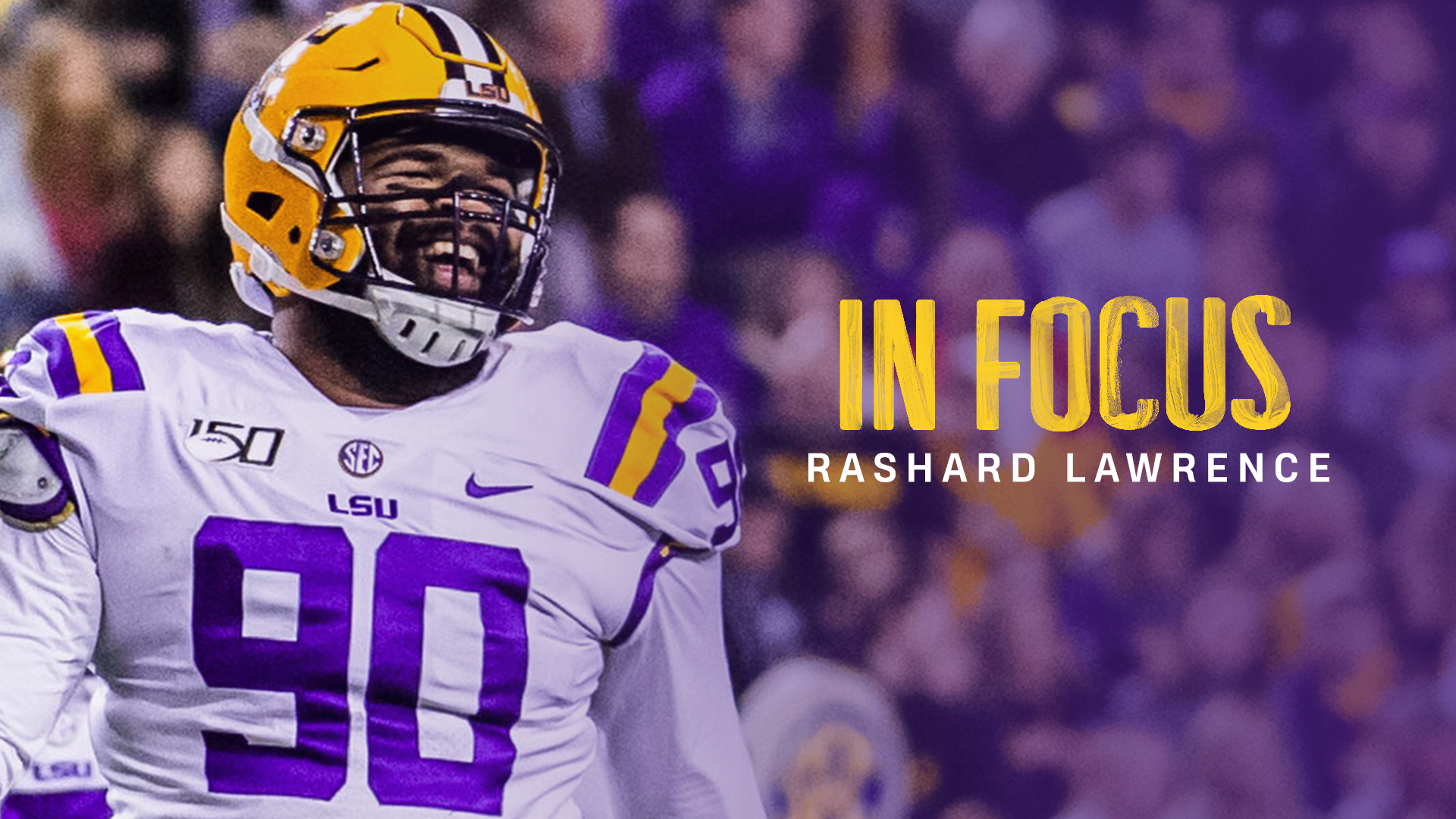 The four-year senior from Monroe, La., may boast an arsenal of nicknames, but Lawrence’s identity on the field and in the classroom has remained constant throughout his tenure in Baton Rouge. At 6-2, 308 pounds, Lawrence has affectionately garnered the nickname “Teddy Bear” for being one of the most respectful and humble players in all of college football.

Lawrence earned SEC Academic Honor Roll and was named a permanent team captain in both 2017 and 2018. He’s a force to be reckoned with in the trenches, but more importantly, an outstanding leader in the locker room. Along with his consistent 3.0 grade point average, Lawrence was LSU’s top tackler in 2018 with 54 stops, and topped it off with a Fiesta Bowl MVP vs. Central Florida.

“I take a lot of pride in that,” said Lawrence on his academic success. “Football can end at any time. We’re student-athletes. Being able to graduate in December and know that I have life after football is very important.”

Returning for his senior season, Lawrence knew how special this team could be. Where the Tigers stand — currently undefeated and No. 1 in the nation — is exactly why he wanted one more opportunity to wear purple and gold. It was also a sense of unfinished business that lured him back. After LSU beat Alabama on Nov. 9, Lawrence ran right to his mother and started to cry.

“My mom and I talk for hours everyday,” said Lawrence. “We cry a lot together. Both good and bad. She’s been with me through it all. I wanted to see her. She means the world to me. It’s a feeling I’ll never forget.”

“It was a feeling I wish a lot of guys I’ve played with [in the past] could have had,” Lawrence said on beating Alabama for the first time in his career. “It meant a lot for me to get that feeling off my chest, not just for me, but for a lot of people.”

One teammate who’s also been widely recognized for his work in the classroom is senior defensive lineman Breidon Fehoko, who — since transferring from Texas Tech in 2017 — has become Lawrence’s right-hand man.

“We’re really tight,” said Fehoko of Lawrence. “He’s one of my best friends.”

That strong connection between Lawrence and Fehoko was clear at player interviews the Monday before the Arkansas game. The two exchanged laughs, friendly jabs and weren’t shy to compliment each other. When the two aren’t competing on the football field, they’re most likely playing video games with fellow defensive linemen.

Although Lawrence is quite modest and gentle off the field, he’s anything but that on a Saturday night. When Lawrence walks down Victory Hill into Tiger Stadium, he’s not Teddy Bear, he’s not Uncle Phil and he’s not Ju Ju. He’s just Rashard, the scariest of them all.

“It’s pretty different,” Lawrence said on his game day personality. “A lot of people look at me as a teddy bear off the field. Two different people. Respectable guy off the field, but on the field I do my job.”

Lawrence is a veteran in all aspects. On the field. In the classroom. He’s always doing his job. Although the defensive line is loaded with upperclassmen, Lawrence enjoys the opportunity to mentor some of the younger players like Apu Ika and Joseph Evans.

“Being a senior, you get to see younger guys develop and grow like you did when you were a freshman,” Lawrence said. “It’s definitely interesting to see [the younger players] get better as the year goes on.”

Fresh off Saturday’s win over Arkansas, the Tigers now look ahead to the regular-season finale against Texas A&M. Sitting at 11-0 overall, Saturday will hold much more significance than just finishing off an undefeated season. For Lawrence, it will be his last time playing in Death Valley.

A big reason why Lawrence came back to school was to achieve something he hadn’t done in his prior three seasons. As each game passes by, his vision from January becomes closer to coming to fruition. On Saturday night, Lawrence has a chance to walk off the Tiger Stadium turf one last time and feel like it was all worth it. And that’s incredibly powerful.