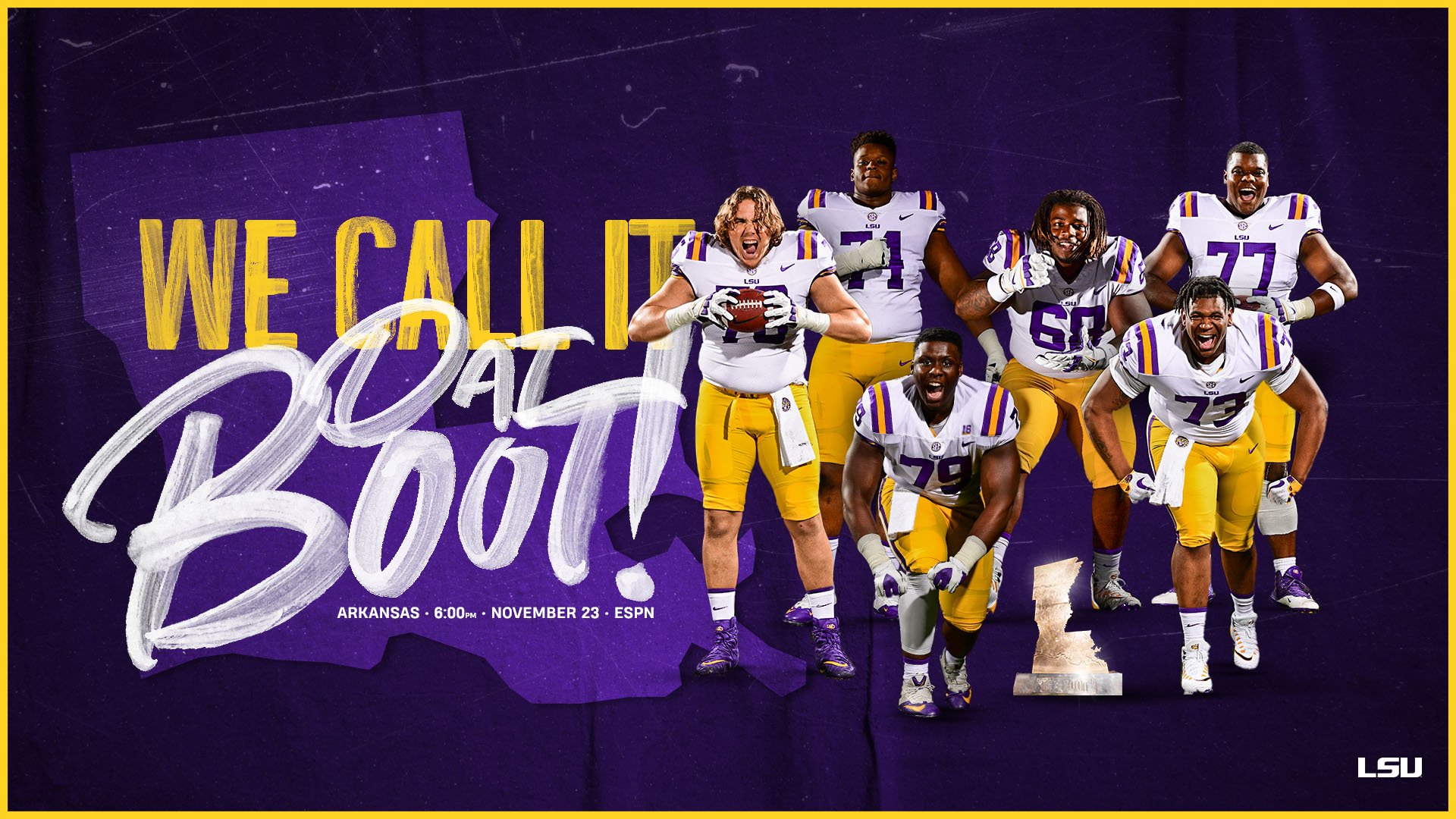 No. 1 LSU returns to Tiger Stadium Saturday with a chance to clinch its first SEC West title since 2011, as the Tigers take on Arkansas at 6 p.m. in Death Valley.

ESPN will televise the game, while the LSU Sports Radio Network will broadcast over the radio airwaves and at LSUsports.net/live.

LSU (10-0, 6-0 SEC) enters the game ranked first nationally in the AP, Coaches, and College Football Playoff rankings, and a win over the Razorbacks would give the program its first divisional title since the 2011 Tigers won the West with an undefeated regular season record. A win would also push LSU to 7-0 in SEC play for the second time ever.

“Obviously it’s something when you come to LSU that you want to do,” head coach Ed Orgeron said Monday. “Our players want to do it. We don’t talk about it, we really don’t.

“The next game up. We said we’re going to look at where we’re at at the end of the season. We want to win every game, that’s one of the things we did want to do. Arkansas is our next game. This is game number 11. Our goal is to beat Arkansas.”

On offense, LSU is led by Heisman favorite Joe Burrow, who is on pace to set the collegiate record for completion percentage (78.6%). Burrow, who as already broken the LSU record for passing yards and touchdowns in a season, is within striking distance of the SEC records in both categories as well. Through 10 games, he has 3,687 yards and 38 touchdowns, needs 588 yards to break Tim Couch’s 4,275 yards from the 1998 season, and he’s six touchdowns way from matching Drew Lock’s SEC-best 44 touchdowns tallied in 2017.

His targets are breaking records, too. Ja’Marr Chase (57 receptions, 1,116 yards, 13 TDs) and Justin Jefferson (71 receptions, 1,010 yards, 11 TDs) are the first receiver duo in SEC history with 1,000 yards and 10 touchdowns in the same season. Terrace Marshall Jr., third on the team with eight touchdown receptions, would’ve led the Tigers in touchdown catches eight of the past nine seasons.

The Return to Tiger Stadium

The LSU running game is in fine form, too, with Clyde Edwards-Helaire leading the conference with 12 rushing scores. He’s also rushed for 100+ yards in five of six SEC games and needs just 42 yards to join the 1,000-yard club.

Up front, LSU will likely be without Saahdiq Charles and Austin Deculus again, which means the offensive line could see the same starting five from last week’s 58-37 win over Ole Miss, with Badara Traore at right tackle, Adrian Magee at left tackle, and Ed Ingram at left guard. The unit is one of 10 in the country up for the Joe Moore Award as the best offensive line in the country.

“I thought the MVP of the game was Coach Cregg and the offensive line,” Orgeron said Monday. “Badara Traore and Adrian Magee at tackle played well. Did they play great? No, they made mistakes, a couple of them. For us to have 700 some yards, I thought those guys did very well, next man up. Very proud of those guys.”

Defensively, LSU is looking to correct mistakes from the win over Ole Miss. The Tigers will be without safety Grant Delpit, who is recovering from injuries he played through in the past two games. Freshman Maurice Hampton Jr. is set for his first career start in Delpit’s stead.

Despite the struggles, LSU’s secondary continues to put up gaudy numbers. Senior corner Kristian Fulton has allowed just 69 yards in the last four games, total, with four PBUs and one interception. On the other side of the field, freshman Derek Stingley Jr. is the only freshman in college football selected as a Bednarik Award semifinalist, the award riven to the best defensive player in college football.

Orgeron is confident the defense will get back on track, starting Saturday.

“We need to fix our run fits,” he said. “There were a couple of runs that gave us some problems.