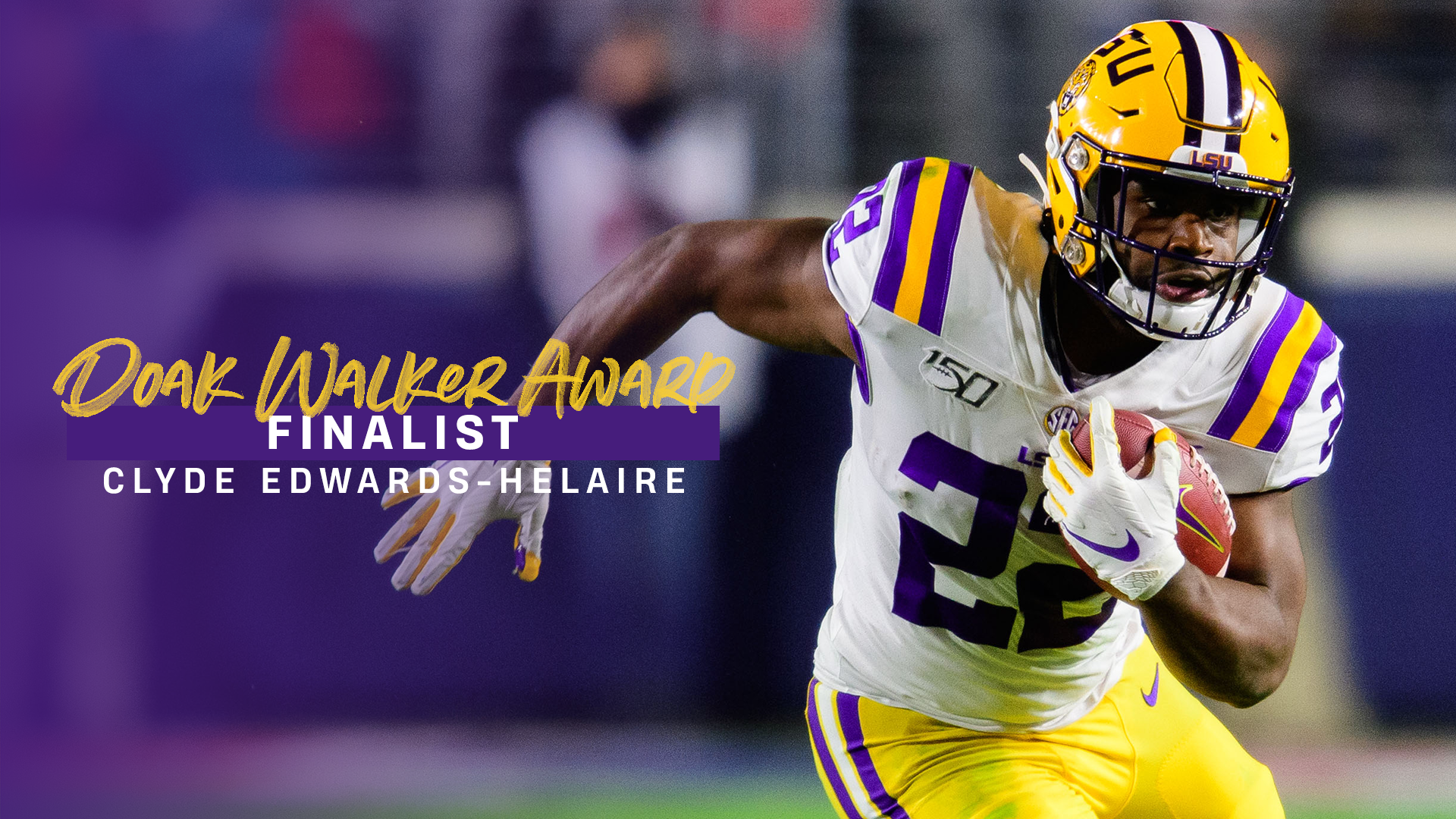 BATON ROUGE – LSU running back Clyde Edwards-Helaire, one of the most versatile players in college football, has been named as one of 10 semifinalists for the Doak Walker Award, the PwC SMU Athletic Forum announced on Thursday.

The Doak Walker is presented annually to the top running back in college football. Edwards-Helaire is the only player from the Southeastern Conference on the list of semifinalists.

Edwards-Helaire, from Catholic High School in Baton Rouge, currently leads the Southeastern Conference in rushing touchdowns with 12. He’s rushed for 952 yards on 158 carries for an average of 6.1 yards a carry. He’s also ranks third on the team with 32 receptions for 224 yards and a touchdown.

In Southeastern Conference games only, Edwards-Helaire ranks second in the league with 117.3 yards a contest. He’s scored eight touchdowns in conference play and he’s rushed for 100 yards or more in five of LSU’s six SEC games.

Edwards-Helaire shared SEC Offensive Player of the Week honors with teammate Joe Burrow following the win over Alabama. In that game, Edwards-Helaire scored four touchdowns (3 rushing, 1 receiving) and rushed for 103 yards and added another 77 yards on nine receptions.

Edwards-Helaire is also one of four finalists for the 2019 Paul Hornung Award, which is presented to the most versatile player in college football.

The Doak Walker Award is named after three-time SMU All-America running back and 1948 Heisman Trophy winner Doak Walker. Walker, who also punted, returned kicks and kicked extra points, led the Mustangs to two Southwest Conference Championships. He was drafted by the Detroit Lions and led the league in scoring his rookie year. During his six years with the Lions, he led the team to two NFL championships and was chosen All-Pro four times. Walker is a member of both the College and Pro Football Halls of Fame.