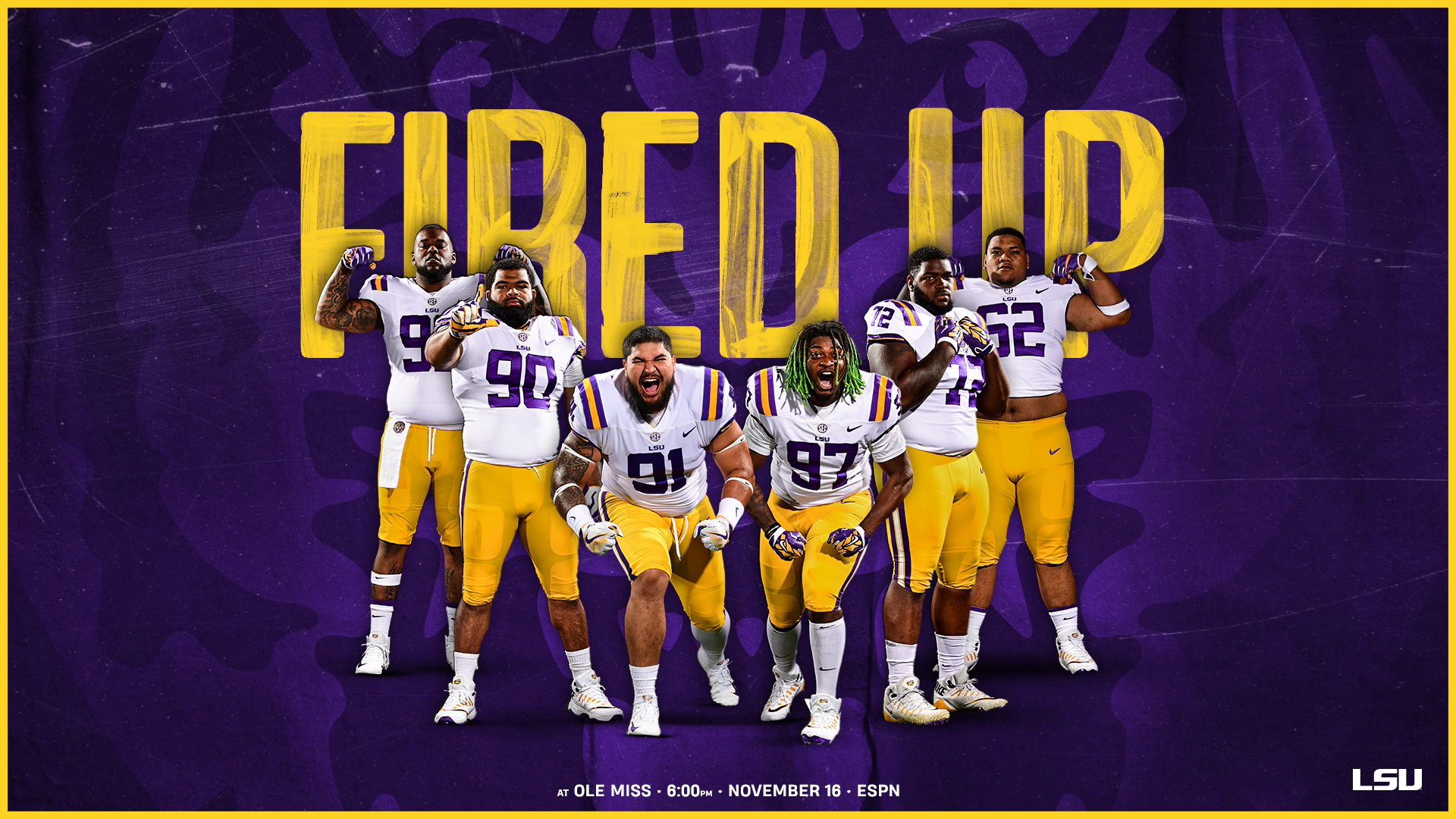 No.1 LSU’s historic season marches forward, as the Tigers continue on their quest for an SEC title and a College Football Playoff berth on Saturday at Ole Miss.

Kickoff from Vaught-Hemingway Stadium in Oxford, Miss. is scheduled for 6 p.m. ESPN2 will have the television broadcast, while the LSU Sports Radio Network will broadcast the game over the airwaves.

The Tigers (9-0, 5-0 SEC) are on top in all three polls – AP, Coaches, and CFP – after knocking off Alabama 46-41 in Tuscaloosa last week. The game was the most viewed in college football in the past eight seasons, drawing 16.64 million viewers.

Burrow leads the race for the Heisman Trophy through nine games, as he ranks second nationally in passer efficiency (202.52), touchdowns, and yards per game, while pacing the country in completion percentage (78.9%).

The offensive line, meanwhile, paved the way for 166 rushing yards and gave Burrow more than three seconds per dropback to throw, the third-best figure in the country in Week 11.

“You got to keep going,” Orgeron says. “And Pete Carroll told me this: ‘Ed, don’t read it. When you do well, it’s going to make you too high. When you do bad it will make you too low. You got to stay in the middle.’ So I just stay in the middle. It’s not about me, it’s about our team. There’s a lot of good things that have happened to us, we got Joe Brady, got Joe Burrow, we got an excellent staff, this is just a culmination of a lot of hard work.”

Defensively, LSU will be led by K’Lavon Chaisson, fresh off a career night against Alabama. The sophomore outside linebacker tallied 10 tackles and 3.5 for loss, and he now ranks second in the SEC with 1.1 tackles for loss per game.

Jacob Phillips, meanwhile, ranks fourth in the SEC with 7.9 tackles per game, and cornerback Derek Stingley’s 13 passes defended and four interceptions are tops in the SEC.

It’s a matchup that will pit strength versus strength: Ole Miss leads the SEC in rushing, while LSU ranks second in rush defense, giving up just 100 yards per game on the ground.

For Orgeron’s team, the message is simple: Don’t look back. The Tigers added another big win to their resume last week, but they have bigger games ahead, if they want to get where they’d like to go.

“The focus is going to be on Ole Miss,” Orgeron says. “I think that we have a mature enough team not to look down the road. Because if we don’t beat Ole Miss it won’t happen. So I think that’s our goal. Let it go. Move forward.”