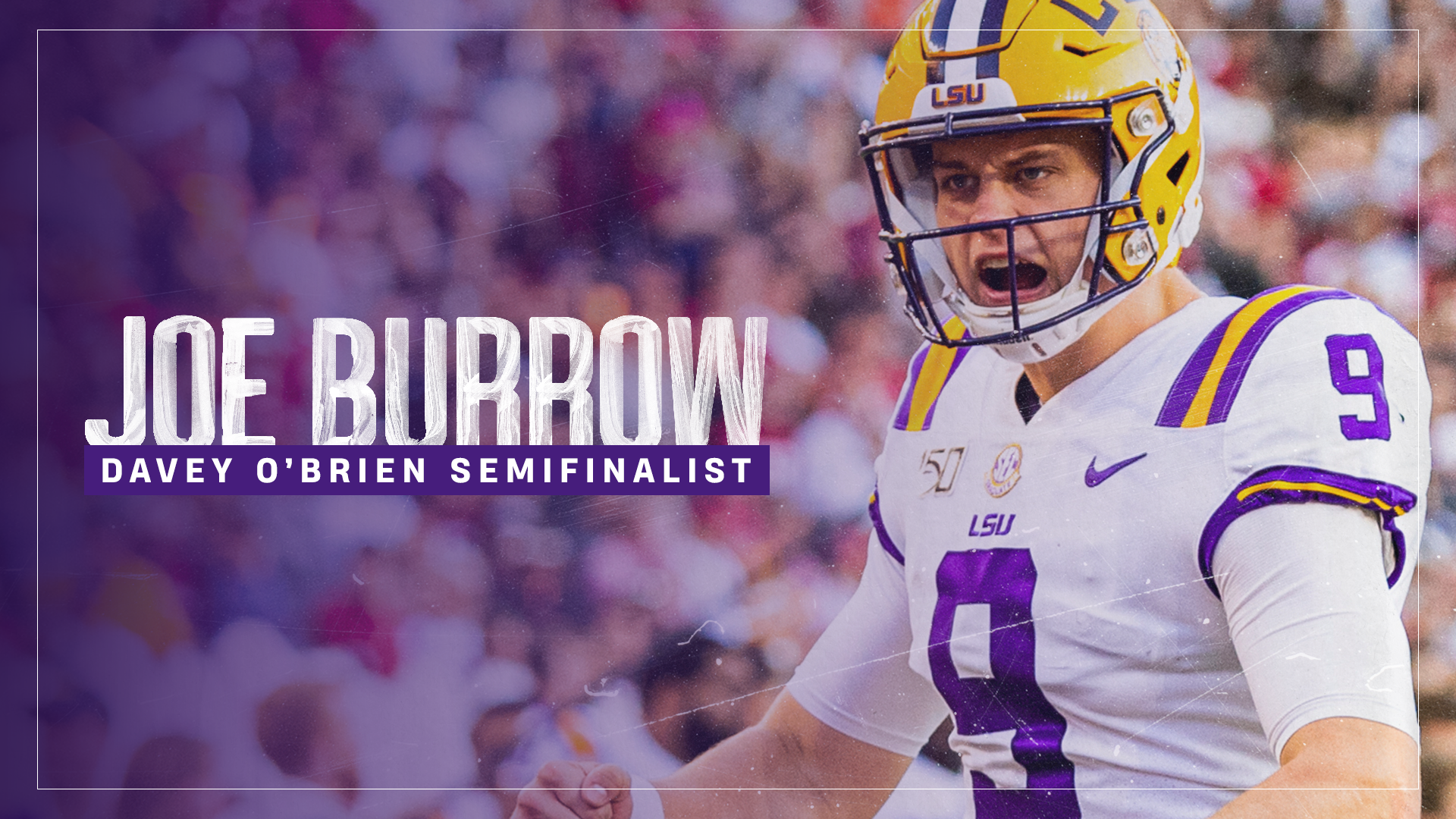 BATON ROUGE – LSU quarterback Joe Burrow has been named one of sixteen semifinalists for the 2019 Davey O’Brien Award, which is presented annually to the best college quarterback.

Burrow, who has been named the Southeastern Conference Offensive Player of the Week five times this year, has led the Tigers to a 9-0 record and a consensus No. 1 national ranking.  LSU owns four wins over Top 10 teams this year and most recently defeated No. 2 Alabama in Tuscaloosa.

The fifth-year senior broke the LSU record for passing touchdowns and is 149 yards away from breaking the single-season passing yards record set by Rohan Davey in 2001. He needs 12 touchdown passes to break the SEC record held by Missouri’s Drew Lock set in 2017 with 44.

As a unit, Burrow has directed a Tiger offense that is averaging 46.7 points per game and 538.4 total yards per game, both of which rank among the top five in the nation.

The Davey O’Brien National Quarterback Award is the nation’s oldest and most prestigious national quarterback award.

The Davey O’Brien Fan Vote counts as five percent during each round of the voting process, and is combined with the results from the Foundation’s national selection committee, which is comprised of journalists, broadcasters, commentators and former winners.

After clearing the first round totals, the Fan Vote at VoteOBrien.org will reopen today (Nov. 13) and remain open until 9 p.m. (CT) on Sunday, Nov. 24, for the second round of balloting. Fans are invited to cast their vote for the nation’s best college quarterback once daily per email address.

In conjunction with ESPN, the Davey O’Brien Foundation and its National Selection Committee will release the names of the three finalists on Monday, Nov. 25. The 2019 Davey O’Brien winner will be announced live on The Home Depot College Football Awards Thursday, Dec. 12.