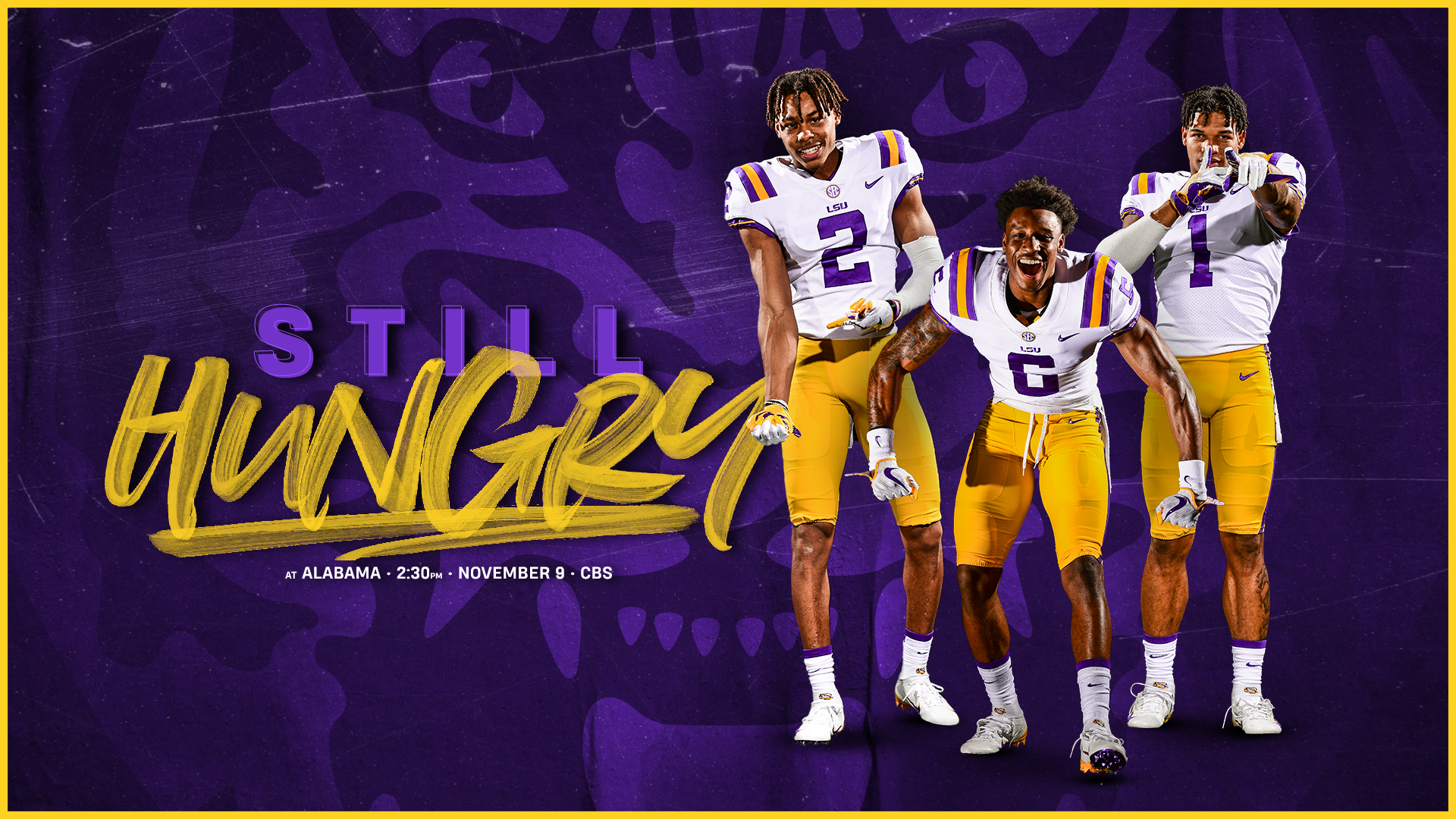 No. 1 LSU is set for a historic matchup on the road Saturday, as the Tigers (8-0, 4-0 SEC) head to Tuscaloosa for a showdown with No. 2 Alabama.

Kickoff is set for 2:42 p.m. CT on CBS and the LSU Sports Radio Network.

For the first time since 1968, two teams ranked No. 1 in college football’s two major polls – LSU in the AP, Alabama (8-0, 5-0 SEC) in the Coaches – will face off in the regular season. It’s also the first regular season matchup of No. 1 vs. No. 2 since the Tigers defeated the Tide in Tuscaloosa in 2011, 9-6, in the Game of the Century. LSU landed at No. 2 in the first College Football Playoff rankings released this week, while Alabama came in at No. 3.

Both teams enter the contest with prolific offenses. LSU is fourth in scoring offense (46.8 points per game), while Alabama ranks second (48.6). The Tigers, led by quarterback Joe Burrow, rank second nationally in passing offense (377.6 yards per game), while Alabama ranks fifth (338.6). Burrow owns the third-best passer rating in the country (204.47) and ranks second with 30 touchdowns, while Alabama quarterback Tua Tagovailoa ranks third in touchdown passes (27) and second in passer rating (212.40).

“The championship teams that I’ve been on are always led by a great quarterback,” LSU head coach Ed Orgeron said.  “Whether he was very talented, whether he had grit and character or toughness. I think our quarterback has it all and obviously Tua is an outstanding quarterback, so it’s good to see. It’s really good to see.

But I think the one thing that you’ll find with both quarterbacks that I know of because I recruited Tua too, they’re team players. It’s about their football team, it’s about winning and they’re unselfish. I think that’s what makes both of these guys outstanding football players.”

There is plenty of talent at the skill positions. LSU’s rushing attack is led by Clyde Edwards-Helaire, who ranks fifth in the SEC with 85.4 yards per game on the ground and ranks second with 8 touchdowns. Alabama, meanwhile, features Najee Harris, who has 642 yards and five scores on the season at a 5.94 yard per carry clip – exactly the same as Edwards-Helaire’s.

“The spread offense is here to stay, the play of the quarterbacks and the receivers and the athletes, the skilled athletes is much more, it’s much different than 21 personnel,” Orgeron says. “It’s like basketball on grass now.”

Both defenses sport loaded secondaries that will look to combat dynamic passing attacks. According to Pro Football Focus, Derek Stingley Jr. (1st) and Kristian Fulton (5th) are both among the top-five graded corners among Power 5 schools, as are Alabama’s Trevon Diggs (2nd) and Patrick Surtain (3rd).

With all the talent in the backfield and on the edges, Orgeron still expects the game to come down to the trenches. LSU ranks 13th nationally in rush defense, while Alabama ranks 33rd. In the passing game, Alabama has allowed just nine sacks all season, second-best in the SEC, while LSU has surrendered 15, sixth in the conference.

Orgeron long ago targeted the line of scrimmage as where LSU needed to make up the most ground in its effort to snap a losing streak against the Tide that dates back to 2012.

Plenty is on the line in Saturday’s matchup. The winner will net the inside track at the SEC West title run and maintain a place atop the College Football Playoff rankings, and LSU has its eyes set on a championship season and a long-awaited victory.

That doesn’t mean their approach will change, though.

“We treat every game as a separate game,” Orgeron says. “If we would have won eight games in a row I wouldn’t say, hey we’re going to win because we won eight games in a row, it just doesn’t happen that way. So is it a motivation for the fans, is it a motivation for me, yes, it is. But we’re not going to use that at all. This is a new team, new game.”