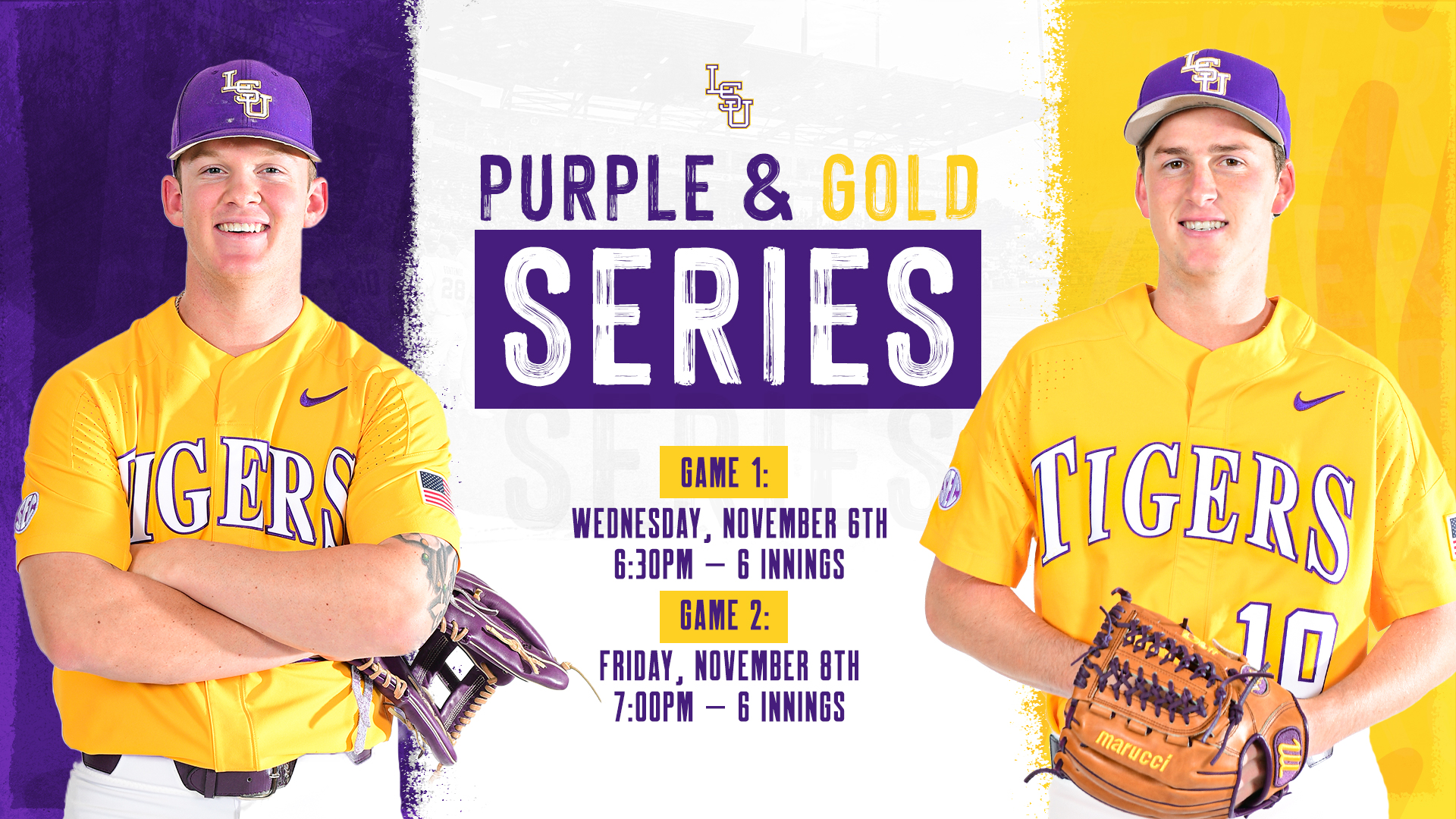 BATON ROUGE, La. – Game 1 of the annual LSU Baseball Purple-Gold World Series will be played at 6:30 p.m. CT Wednesday in Alex Box Stadium, Skip Bertman Field, and the series will conclude with Game 2 at 7 p.m. CT on Friday.

Both games are open to the public with free admission and free parking, and fans are advised that LSU’s clear bag policy will be in effect with entrances available at Gates 1, 2 and 3 of the stadium. Bathrooms will be open for fans’ convenience, and a concessions stand will open on the concourse level.

Following Friday night’s game, all of the LSU players will be available for an autograph session.

“Our players get amped up every year for the Purple-Gold World Series,” said 14th-year LSU coach Paul Mainieri, who has directed the Tigers to 30 different championships during his first 13 seasons. “The series marks the end of our fall practice period, and it’s always very competitive and a lot of fun at the same time. We’ve had a very intense fall practice, and I think we’re finishing on a real positive note.

“We invite all of our great fans to come out to ‘The Box’ on Wednesday night and Friday night; we want to replicate what the stadium is like during the regular season.”

The Gold team will start junior right-hander Eric Walker on the mound in Game 1, while the Purple will counter with sophomore right-hander AJ Labas.

Following are some of the special rules that will be in effect for the games:
• The games will be 6 innings in duration.

• A pitcher cannot throw more than 25 pitches in one inning. In administering the pitch count limits, the pitcher must be below the limit when starting a batter. However, if he hits the limit while facing the batter, he will finish that batter’s at-bat regardless of pitch count. If the 3rd out is not recorded, “end of inning” will be called and the offensive team will be granted as many runs as there are runners on base when the inning is called.

The Tigers will begin the 2020 regular season on February 14, when they play host to Indiana in Alex Box Stadium, Skip Bertman Field.