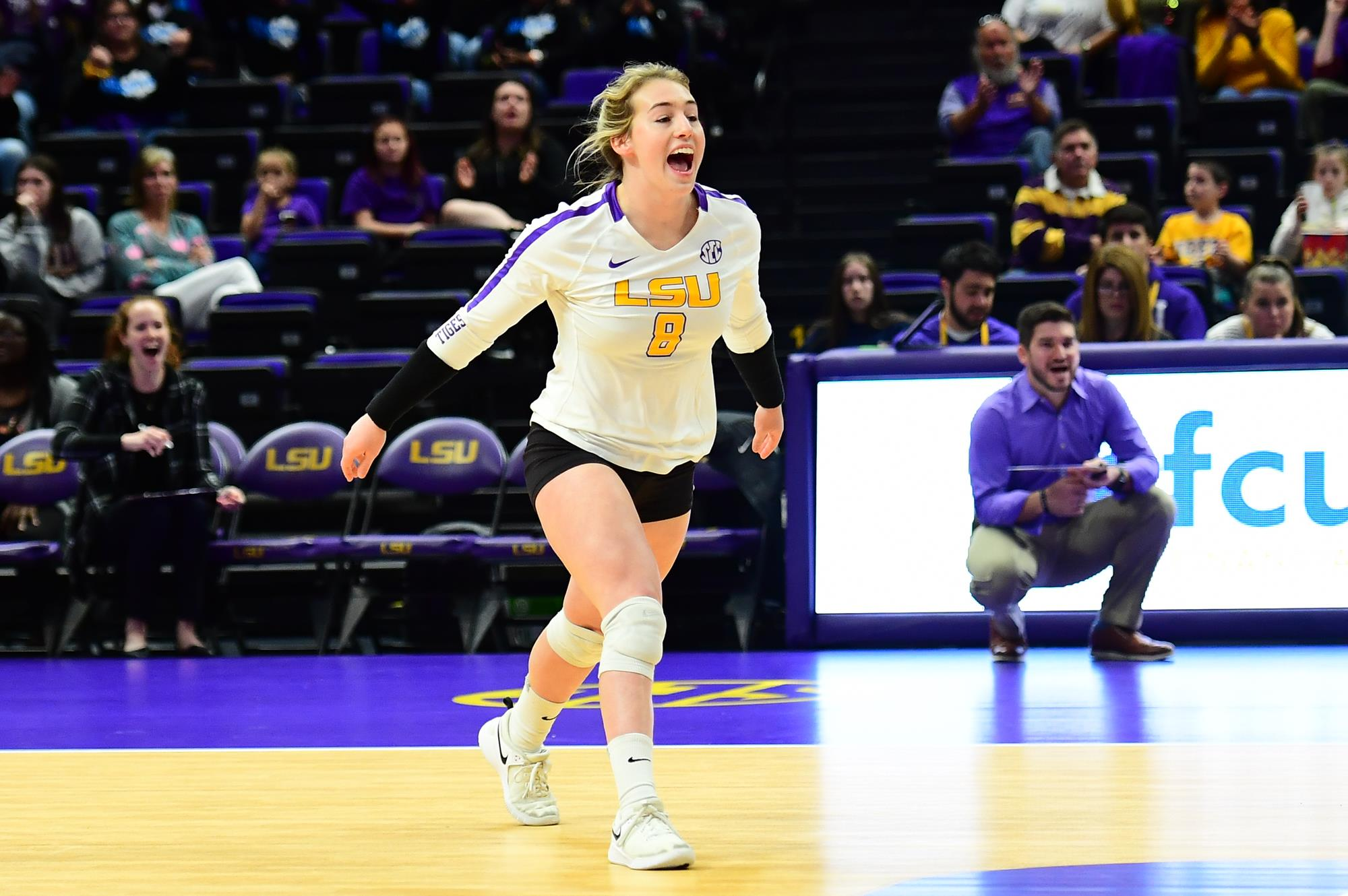 Junior Taylor Bannister recorded her fourth double-double of her career and her third of the season with a match-high 25 kills and a career-high 16 digs. Freshman Samarah Hill also recorded a double-double with 17 kills and 15 digs, her third on the year.

The Tigers will stay at home in the Pete Mavarich Assembly Center against Auburn Wednesday at 7:00 p.m. The match will air on SEC Network and will be available via live stats.

“You know what, I really did have confidence, but you know the way that the touches were going every ball they touched seemed to be coming off. They played more controlled defense than we did, which is unusual for us not to be able to control contact a little bit better. We were a little bit too tense and tight on contact — something we can correct by just trying a little harder. I’m super proud of this team. We got our confidence broken a little bit losing on a three match losing streak against three really good teams. And, we’re so young we don’t understand that yet. So understanding that we lost to three good teams, and come back and have to fight through that match that’s going to be a super significant match for us as we continue to mature as a team.”

“I think we need to get on a win streak, and our goal is that we get better every day. And, we’re young, we’re competing against seniors and other people. We have some great talent. The challenge is how do we continue to mold that together and get the most out of everybody. I think today was a great example. Our outsides carried us, our middles were not as significant as they had been. It’s the first match that our outsides have been able to win without any support from the middle, so that’s a huge step. Milan did a great job, Samara did a great job and Taylor as always put up great numbers.”