Admission is Free at Ray Didier Field in Thibodaux, La. and the Game will be Televised Live on Cox Sports Television 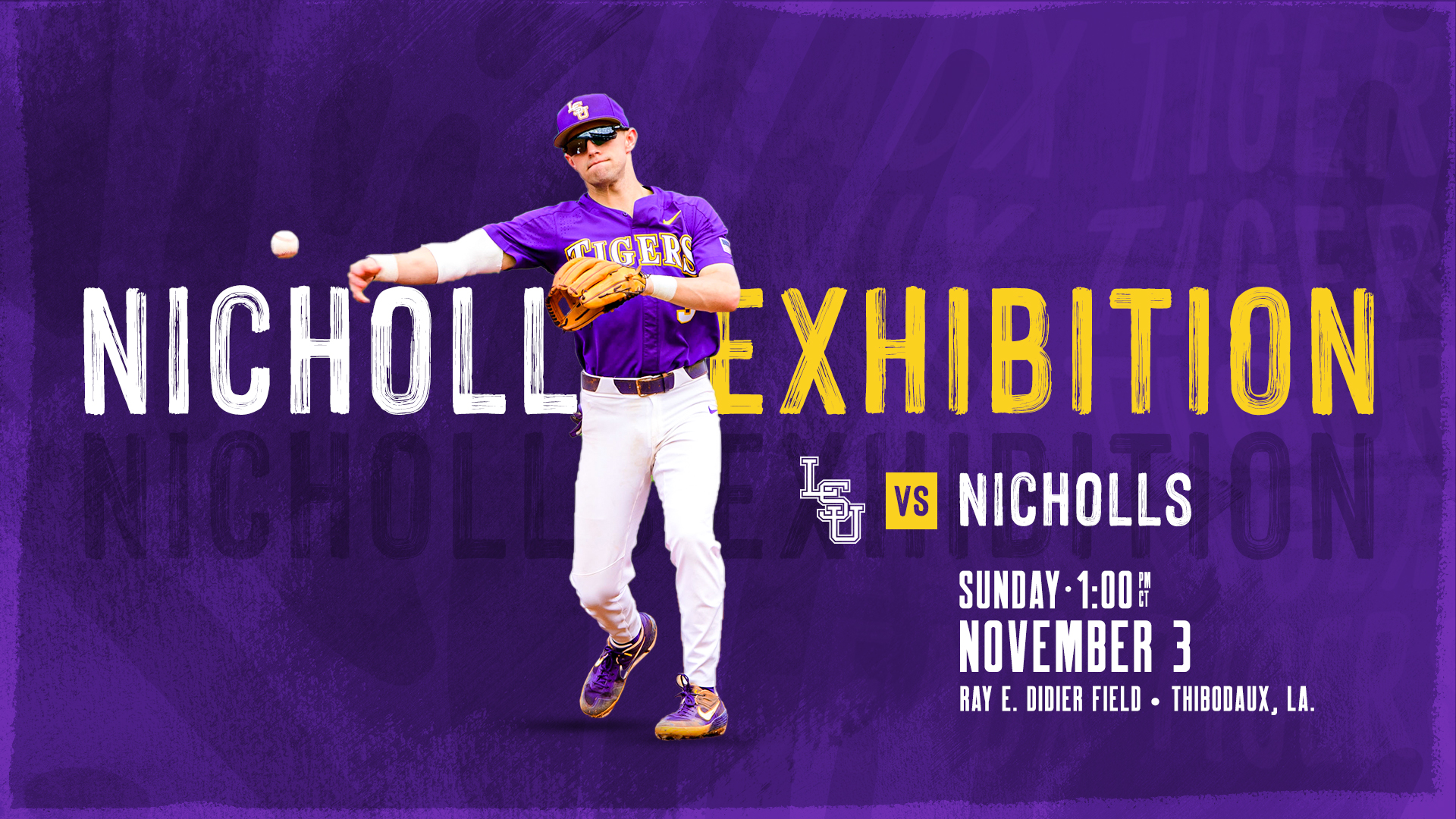 BATON ROUGE, La. – LSU will play a baseball exhibition game versus Nicholls on Sunday at Ray Didier Field in Thibodaux, La. First pitch for the contest is set for 1 p.m. CT, and admission is free.

The television broadcast of the game will be produced by the Jumbo Sports Network, and it will air live on Cox Sports Television. Announcers Ronnie Rantz, Jeff Palermo and Carley McCord will describe the action, and the telecast will feature dugout interviews with players and coaches throughout the game.

The LSU-Nicholls game is the second of two exhibition contests during the Tigers’ fall practice period, which began on September 29 and has featured several intra-squad scrimmages. LSU defeated the University of New Orleans, 4-3, in its first exhibition game last Sunday in Alex Box Stadium, Skip Bertman Field.

Sunday’s LSU-Nicholls game will be modified to allow the teams to best utilize their pitching staffs. Here are the specifications of which fans should be aware:

• The game will consist of 11 full innings – Nicholls is the home team and will bat in the bottom of the 11th, no matter the score
• Each half-inning will either consist of three outs or 25 pitches, whichever comes first … if a pitcher reaches the 25-pitch mark while an at-bat is still in progress, the at-bat will continue through its completion

Fans should also take note of a NCAA rule that will be in effect on Sunday and during the 2020 regular season:

• The 20-second pitch clock now applies for all pitches, including those with runners on base. Previously, the pitch clock was only utilized when the bases were empty.