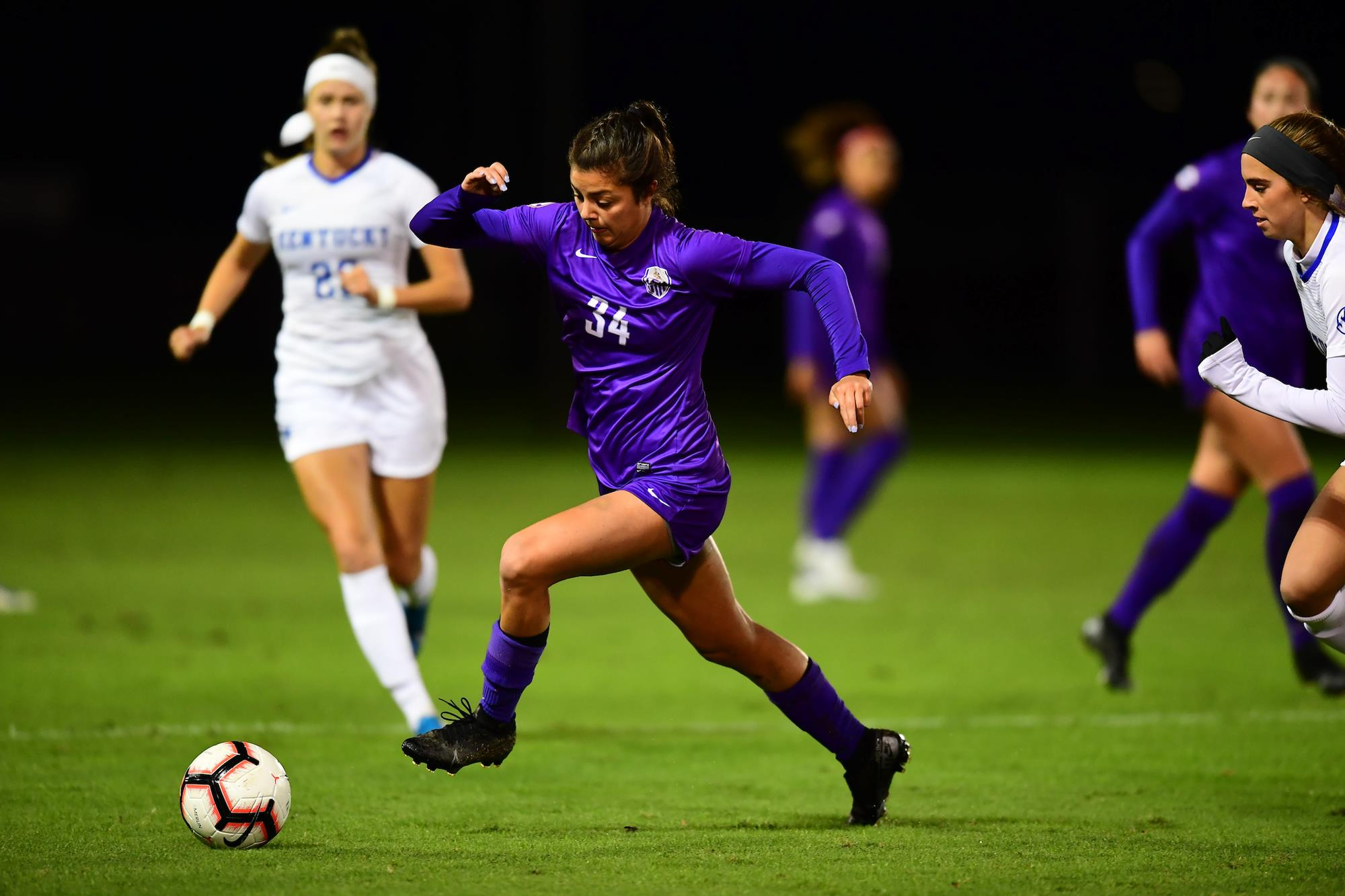 Baton Rouge, La. – A career night by sophomore Molly Thompson led the LSU soccer team to a 3-2 victory over Kentucky on Thursday night at the LSU Soccer Stadium. Thompson had two goals and an assist in the match to help the Tigers close out 2019 with a win. LSU finished the season with a record of 3-12-3 (1-7-2 SEC).

It was a back and forth match all night long that LSU never trailed in. The Tigers took the lead early on with a goal by Meghan Johnson in the fifth minute of play. Johnson received a pass from Molly Thompson and Johnson’s shot from 24 yards out from the middle of the pitch raced by the Kentucky keeper to give LSU a 1-0 lead.

5′ | Do it one time Meghan Johnson! She gets us started off on the right foot with her third goal of the season!

In the 23rd minute, Thompson scored her first goal of the 2019 campaign. Rammie Noel was the playmaker as she picked up the first assist of her career. She beat her defender on the endline and sent in a ground cross that Thompson was able to chip up and over the Kentucky keeper from four yards out to give the Tigers a 2-0 lead.

23′ | We’ve doubled our lead thanks to @molly_thompsonn‘s first goal of the season! Rammie Noel with the fancy touches and assist!

Kentucky bounced back and scored the next two goals of the match in the 28th minute (Jordyn Rhodes) and 75th minute (Jordyn Rhodes). It was level with 15 minutes to play and Shannon Cooke nearly gave LSU the lead with a rocket from 18 yards out that ricocheted off the right post; Jade Clarke’s follow up shot to the rebound went wide right.

It was less than four minutes later when the Tigers struck like lightning. After Emma Grace Goldman secured a Kentucky corner kick, she bombed a beautiful drop kick that carried past midfield. Lindsey Eaton got a touch on it and sent Molly Thompson into the Kentucky box with a defender on her hip. Thompson did a great job to keep the Wildcat defender on her hip while noticing a charging goalkeeper coming at her fast. Thompson stayed composed and nutmegged the keeper and the ball rolled into the net for the lead. The goal gave LSU a 3-2 win. It was Goldman’s first-career assist and she made six saves on the night to bring her season total to 108. The 108 saves are the fifth most in LSU single season history.