The Hypest Hype Woman Ever 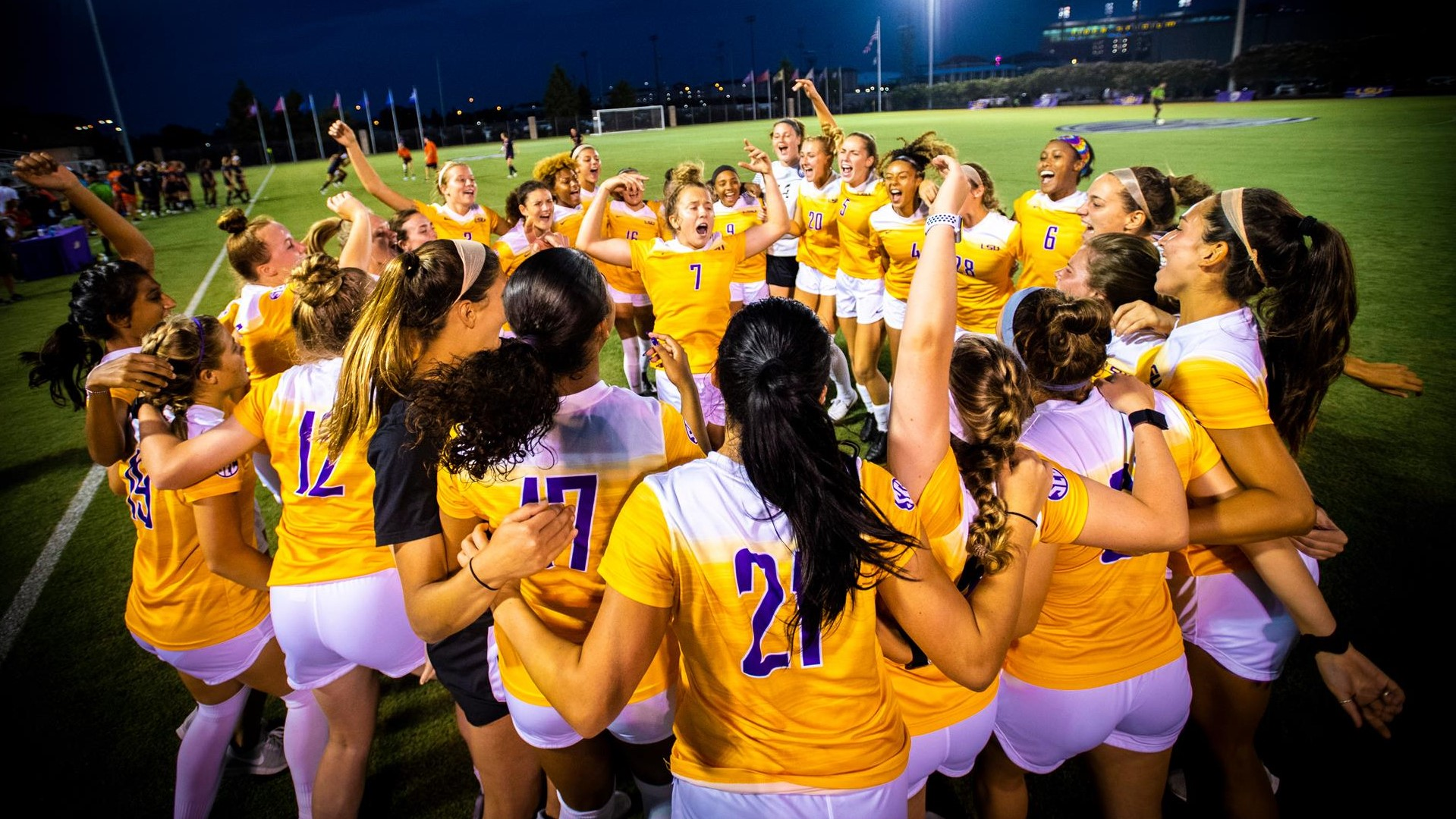 Senior Caitie Cantrill exemplifies what it takes to be a leader.

Cantrill came to LSU in 2016 all the way from Canberra, Australia after a very decorated prep-school career.

Cantrill was a force to be reckoned with.

When Cantrill arrived on campus in 2016, she very quickly found herself playing valuable minutes for the Tigers. As a freshman, she appeared in 12 matches and made four starts. She scored her first career goal in the 44th minute of LSU’s 3-0 win at Indiana in September of 2016. She left no doubt that she was here – ready to leave her mark on the LSU Soccer Program.

Fast forward four years. Cantrill is now a senior. A senior who only played in three matches her sophomore season and did not play at all during her junior season. So far this season, Cantrill has appeared in only four matches. Despite the lack of playing time Cantrill has still found a way to impact the team and was selected as a Team Captain on this year’s squad. A role she embraces and takes very seriously.

“From the outside looking in there’s 11 players that play on the field and you have a captain for that and for us that’s Marlena (Cutura),” said Cantrill. “But there is so much more that goes into a team including practices, off the field events, as well as the bench. Our bench played a really important part of winning the SEC Tournament last year so we know that even in that sense, you need leadership. You need someone to get people going or to keep morale up whenever stuff goes the wrong way.”

Tiger fans have grown accustomed to seeing Cantrill and her infectious smile on the sideline of every LSU soccer match always holding the famous LSU Win Bar. As Cantrill will tell you, that might be the most important role on the team.

“It definitely fits my personality I think,” said Cantrill. “Last year nobody really wanted to be that person and I kept thinking I’ll do it – that could be fun. I never knew that it would take off the way it did with the fans getting behind it and it becoming such a big part of our team.”

It’s crazy to think that something like a PVC Pipe that says ‘Win’ on it can explode and become a must have for every team function. It’s even crazier when you hear about the measures that Cantrill and the rest of the Tigers go through to make sure they have it everywhere they go.

“We actually forgot the thing,” said a smiling Cantrill. “We were traveling to North Carolina earlier this season to play North Carolina and Duke and I knew I had the feeling like I was missing something very important. And boy was I ever.”

Desperate times call for desperate measures. Upon landing in North Carolina, the team called back to Baton Rouge, got in touch with some higher ups in the Athletic Department and actually had the Win Bar overnight shipped. It arrived just moments before LSU took on then No. 1 North Carolina.

Moments like that is how Cantrill says she wants this senior class to be remembered. A fun-loving group that gave it all they had to leave this program behind in a good way. A group that no matter if they were winning the SEC or not, gave everything they had..

“I think it’s really easy to leave legacies when the team does well,” said Cantrill. “When you don’t have a winning season, what legacy do you leave? We knew from preseason that the legacy we wanted to leave was being a family and being kind to one another. The freshmen coming in have said that they felt so welcomed when they first got here and that’s something that us as seniors didn’t get as much of when we came in. We really wanted to make people feel like family from the minute they stepped in the locker room.”

Time flies. Cantrill will suit up for the final time as an LSU Tiger Thursday night leaving her with a lot of emotions. We sit there as the interview is wrapping up and Cantrill is just staring at the empty field, saying nothing. The team has the day off from practice but Cantrill has been there for hours. You can see it on her face. There is nothing that makes her more proud than her time wearing the purple and gold.

One final question – how does Caitie Cantrill want to be remembered?

In the most Caitie Cantrill way ever, she smiles and says: