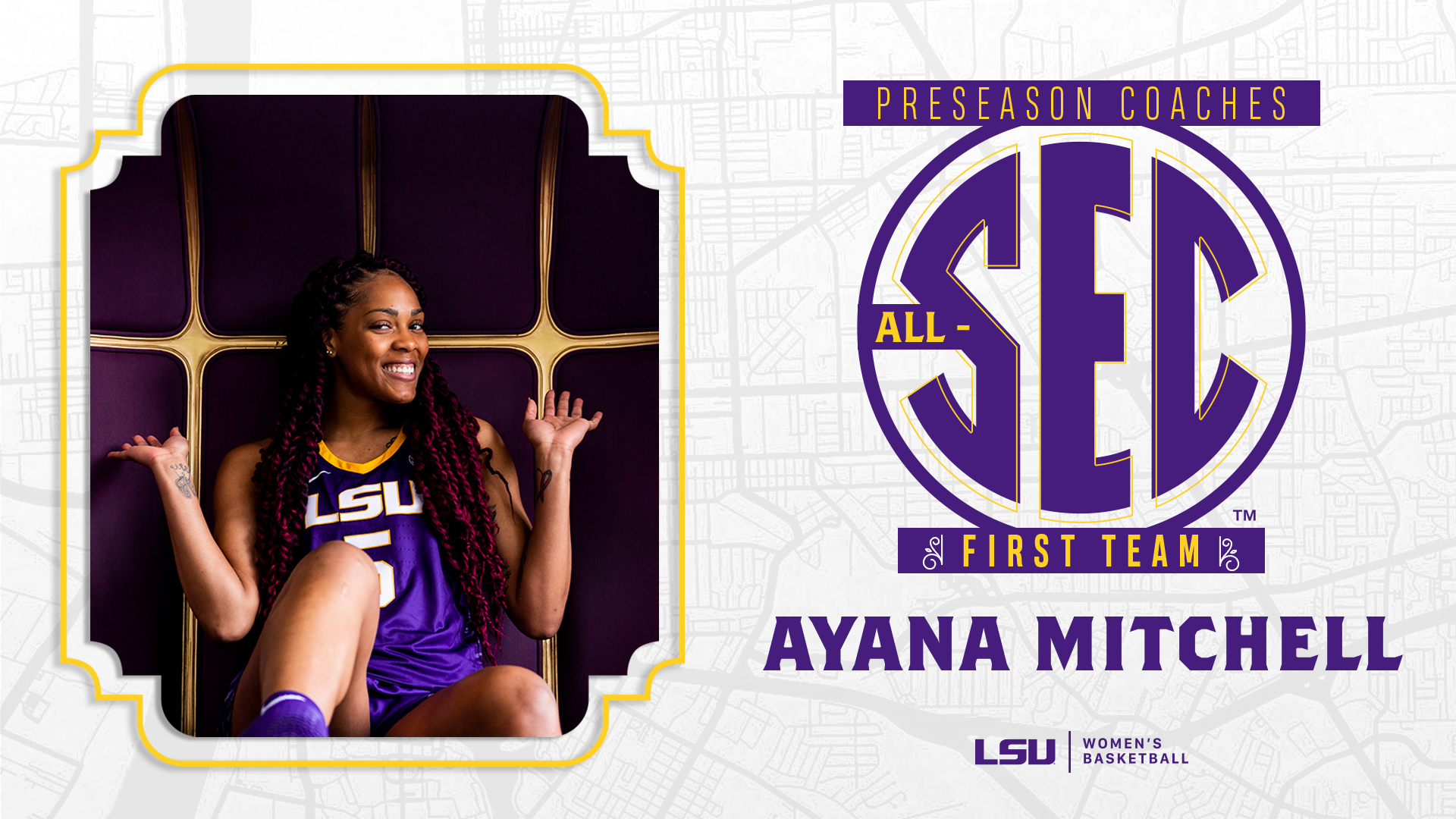 In the preseason, Mitchell has also been named to the Katrina McClain Award Watch List by the Naismith Memorial Basketball Hall of Fame and the Women’s Basketball Coaches Association, and the SEC Media Preseason All-Conference First Team.

An All-SEC First Team selection in 2018-19, she was 18th in the nation and third in the SEC in offensive rebounds (4.0) and third in the SEC in defensive rebounds with 6.5 per game. Against Auburn on March 3, Mitchell grabbed a career-high 21 rebounds and became the 15th Lady Tiger to crack the 700 career rebounds mark. She is currently 12 points away from becoming the 33rd Lady Tiger to score 1,000 career points.

The coaches also selected a predicted order of finish for 2019-20 and ranked LSU sixth in the league. LSU finished the 2018-19 season at 16-13 overall and 7-9 in SEC action. The Lady Tigers return the top scoring defense in the SEC and 16th in the nation at 56.2 points per game. LSU returns four starters, including Mitchell, juniors Faustine Aifuwa and Khayla Pointer, and senior Jaelyn Richard-Harris. Freshmen Tiara Young and Domonique Davis comprise LSU’s No. 20 recruiting class joining the team in 2019-20.

The 2019-20 season officially begins on Tuesday, November 5 at 6:30 p.m. at the Pete Maravich Assembly Center against New Orleans. LSU will host a total of 14 games in the PMAC during the 2019-20 season. Fans can purchase season tickets at LSUtix.net. There are also two mini-plans available for purchase Half-Season Pick’em Plan and The SEC Pack.