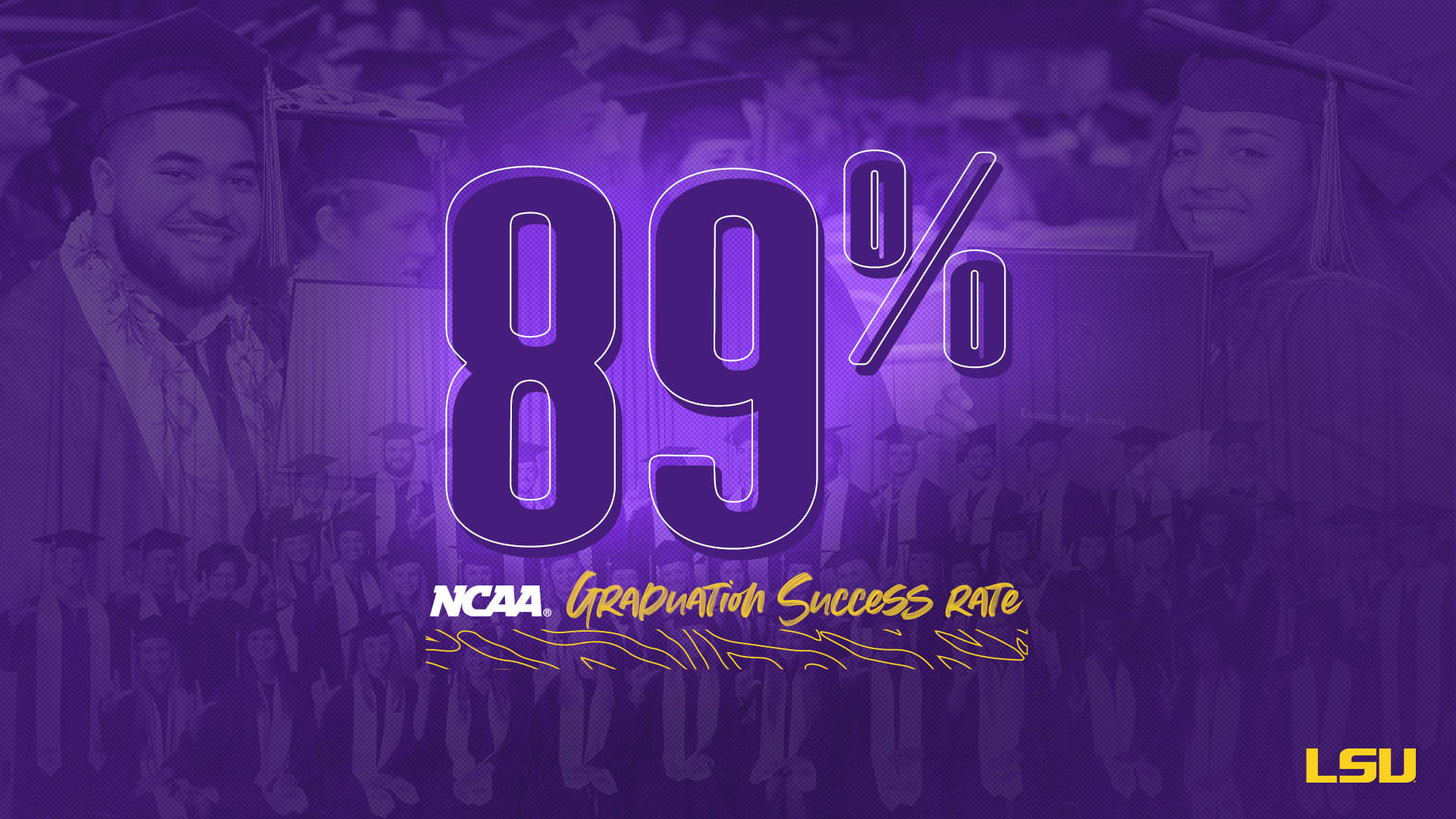 BATON ROUGE – The success of LSU student-athletes in the classroom continues to remain near historic levels as the university scored an 89 in the most recent Graduation Success Rate released by the NCAA.

It’s the second straight year LSU student-athletes posted a score of 89 percent in the GSR, which is one point shy of the school’s all-time high of 90 set in 2017.

In addition to LSU’s six perfect scores, the school produced scores of 90 or better in five other sports – women’s swimming and diving (96), women’s soccer (95), gymnastics (93), women’s basketball (92) and women’s track and field (90). All of LSU’s women’s sports teams scored at least 90 percent in this year’s GSR.

Rounding out the men’s scores include an 87 for the baseball team, 86 for golf, and 85 for track and field.