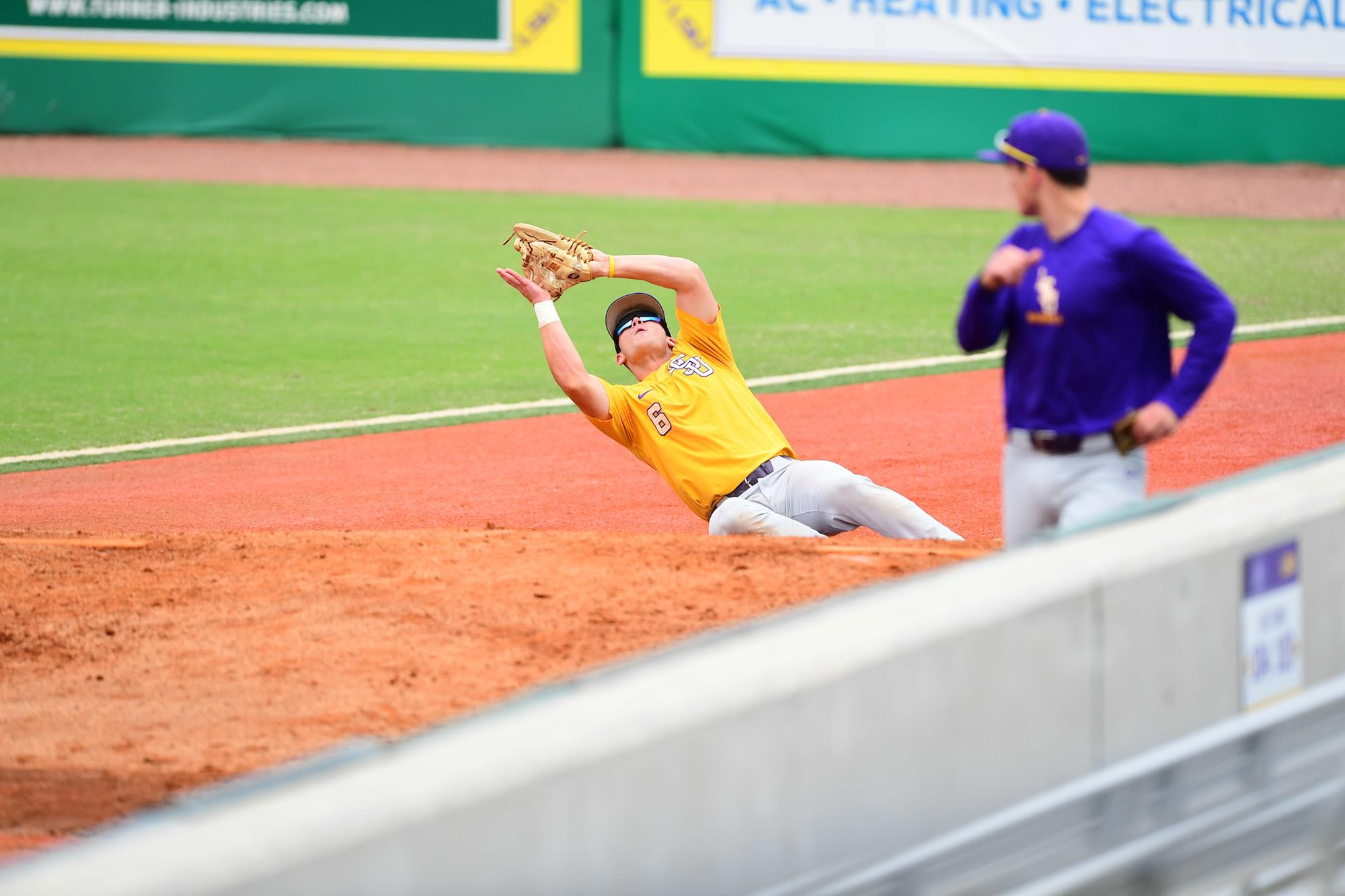 BATON ROUGE, La. – LSU designated hitter CJ Willis delivered a one-out single in the bottom of the 10th inning Sunday to lift the Tigers to a 4-3 win over the University of New Orleans in a fall exhibition game at Alex Box Stadium, Skip Bertman Field.

The Tigers are nearing the end of the fall practice period with two weeks remaining. The fall period includes multiple intra-squad scrimmages and concludes on November 8.

LSU will travel to Nicholls State for another fall exhibition game next Sunday, November 3, at Ray E. Didier Field in Thibodaux, La. The Tigers will then wrap up fall practice with the two-game Purple-Gold World Series at “The Box” on Wednesday, November 6 and Friday, November 8.

“I thought we pitched very well today,” said LSU coach Paul Mainieri, “and it’s going to be really important for our pitching staff to stay healthy in the spring. We threw 10 arms out there today, and we had only one poor inning. We had a couple other innings where we were able to get out of a jam. We’re going to need contributions from a lot of guys on the mound and I think we have a chance to have a pretty good pitching staff.”

Home runs by catcher Alex Milazzo and rightfielder Gavin Dugas in the second inning gave LSU a 3-0 advantage. Milazzo launched the first pitch of the inning into the left field bleachers, and Dugas later blasted a two-out homer to give the Tigers a 2-0 lead.

With the special rules employed for the exhibition game, one run was also awarded to the Tigers in the inning since the UNO pitcher reached the 25-pitch mark.

“Dugas has shown a lot of improvement,” Mainieri said, “there’s a big difference between being a freshman and a sophomore. All the experiences you have as a freshman, good and bad, grow you into the player that you become. Gavin has had a good fall; he’s adapted to a new position and I think he’s done a pretty nice job. I thought he played a really good game, only played five innings but I thought he played outstanding baseball.”

The Privateers plated three runs in the top of the sixth inning to tie the contest.

In all, 10 pitchers worked one inning apiece for LSU. Along with Marceaux and Walker, AJ Labas, Cole Henry, Jacob Hasty, Chase Costello, Aaron George, Trent Vietmeier, Matthew Beck and Ma’Khail Hilliard made appearances on the mound.

Vietmeier recorded two strikeouts, and Labas, Henry, Costello, Beck and Hilliard each fired one strikeout during their time on the mound.

“There’s a big difference between being a freshman and a sophomore, just an added maturity and physicality and experience and all those kinds of things,” Mainieri said. “Marceaux has had a really great fall and Cole is probably, of the three between Labas, Marceaux, and Cole, Cole’s been the one that’s a little bit behind the rest of them, so it was really good to see him have a good, crisp, overpowering inning today. That gives you a lot of optimism going forward.”