Preview: Tigers Set for Another Top-10 Tilt in Tiger Stadium 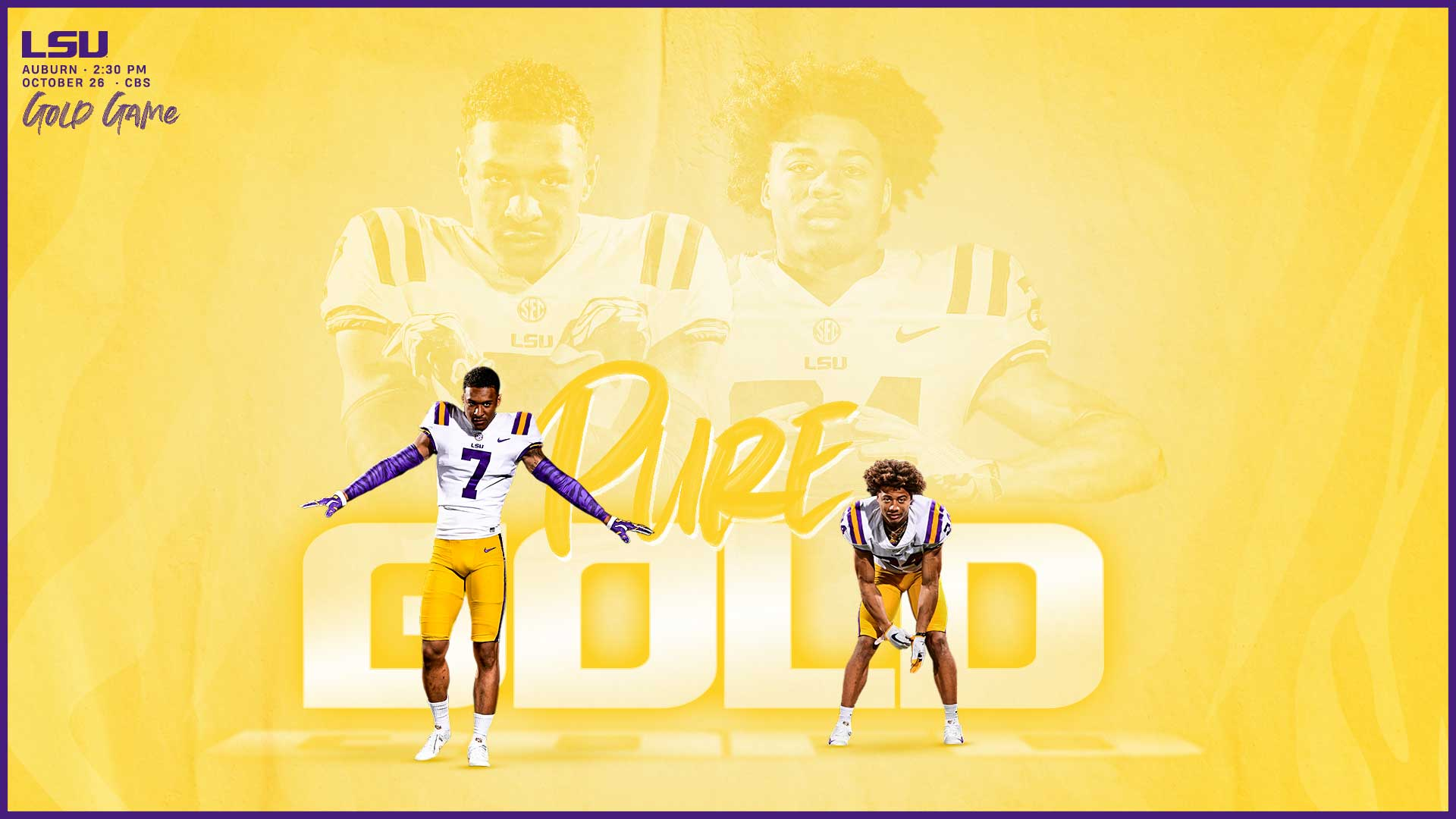 Another week, another top-10 matchup for No. 2 LSU, as the Tigers host ninth-ranked Auburn on Saturday in Tiger Stadium.

Kickoff is set for 2:30 p.m. CT on CBS and the LSU Sports Radio Network.

LSU’s offense enters the game as perhaps the best in the country. The Tigers are one of just two teams to score at least 35 points in every game this season and ranks second nationally in passing offense (385.7 yards per game), scoring offense (50.1 points per game), and passing efficiency (204.3 passer rating). Quarterback Joe Burrow ranks first nationally with 29 touchdown passes and a 79.4% completion percentage , while holding second place in passing yards (2,484) and efficiency (216.2).

When your moment comes. When your name is called.

When time is running out and everything rests on your
shoulders…

Or will you rise? pic.twitter.com/Z9N3JVnI62

In addition to Justin Jefferson and Ja’Marr Chase, who rank first and second in the SEC with 108.4 and 104.3 yards per game, respectively, the Tigers will return sophomore Terrace Marshall Jr. to the fold. Marshall led the nation with six touchdown receptions in 3.5 games but has been absent since the second half of LSU’s win over Vanderbilt in Nashville with an ankle injury.

“He’s going to want to do everything, be ready to go,” head coach Ed Orgeron said Monday. “But we feel that by game time he should be ready to play.”

LSU also has a three-man rushing attack in Clyde Edwards-Helaire, Tyrion Davis-Price, and John Emery Jr., with Edwards-Helaire’s seven touchdowns and 547 yards on the ground leading the way.

“The best thing about Clyde is his attitude,” Orgeron said. “Like I said many times, when Clyde walks in a room, he’s 6’4”, 270. That’s his persona. Great runner, can make you miss, run in between the tackles. Perfect for our offense. I thought Tyrion Davis-Price ran the ball against Mississippi State. Him and John will be two excellent backs for us.”

Collectively, they’ll do battle against an Auburn defense giving up just 17.1 points and 319.0 yards per game, both top 25 figures nationally. Kevin Steele‘s unit it led by Derrick Brown, an NFL talent on the defensive line.

Defensively, LSU enters the game after one of its best performances of the season, holding Mississippi State to 14 points and forcing three turnovers. Safety JaCoby Stevens earned SEC Defensive Player of the Week honors with 8 tackles, a sack, and an interception, while All-American safety Grant Delpit led the way with 11 tackles.

“We finally have a defensive line that we feel like we can rotate,” Orgeron said. “We have a run game that if we need to keep the ball away from them, run the football, hopefully we can run the ball, slow down the clock a little bit. We have several mechanisms we’ve done all year. We just have to get in the game, see how it’s going. If our offense can score fast, got to let them. We need to control the football.”

The home team has taken 16 of the last 19 contests, and Auburn’s last win in Tiger Stadium came 20 years ago. While Orgeron is counting on Tiger Stadium to offer his team “the winning edge,” he knows the past success won’t count for much when the whistle blows Saturday.

“I don’t think it means a hill of beans come Saturday,” he said. “I know they’re not listening to it. My team better not listen to it. This is good football team. It will be a big matchup.”