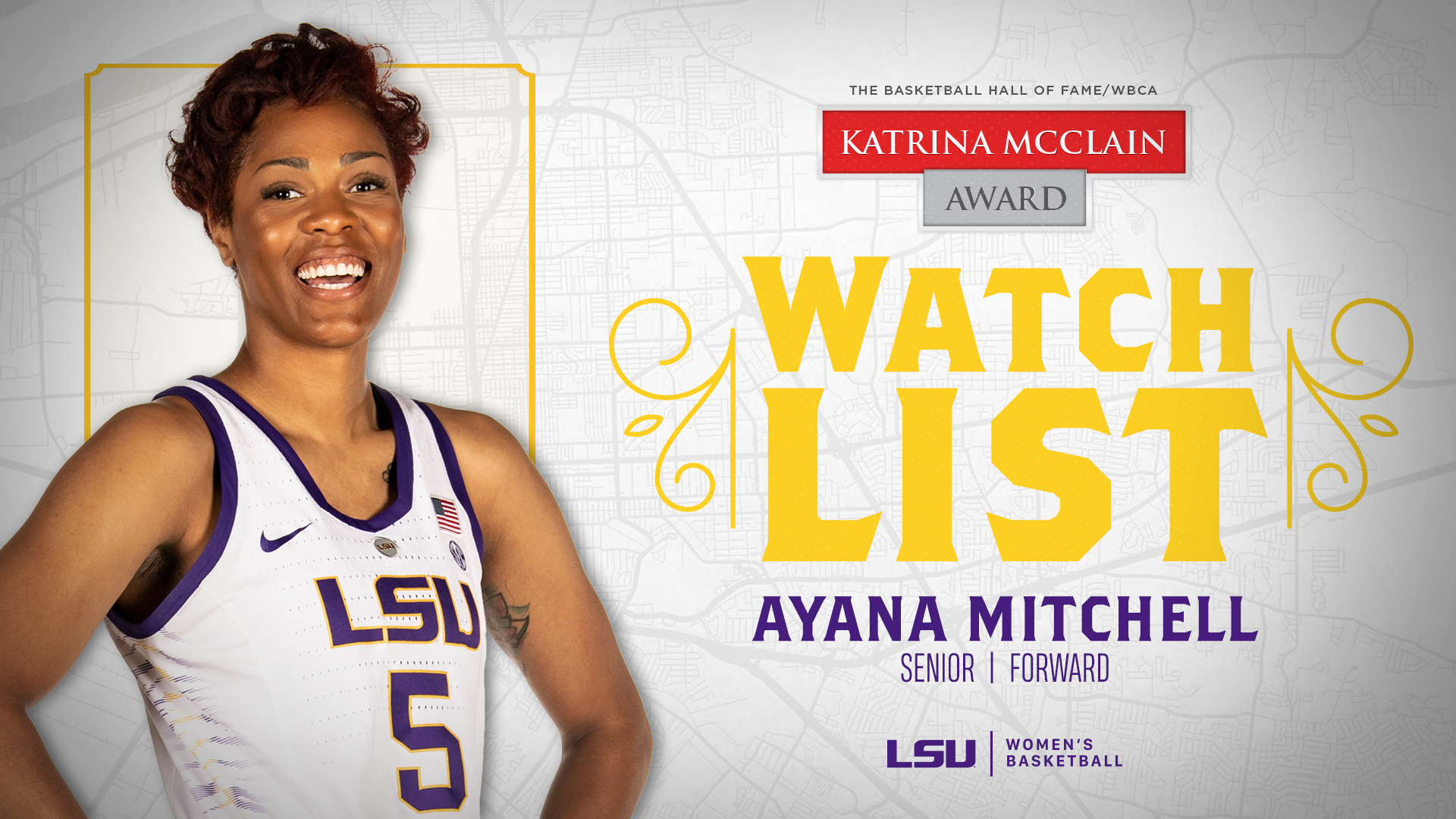 Mitchell is one of 20 candidates for the award that was named after McClain, a two-time All-American and 1987 National Player of the Year. The annual award in its third year recognizes the top power forwards in women’s NCAA Division I college basketball.

An All-SEC First Team selection in 2019, she was 18th in the nation and third in the SEC in offensive rebounds (4.0) and third in the SEC in defensive rebounds with 6.5 per game. Against Auburn on March 3, Mitchell grabbed a career-high 21 rebounds and became the 15th Lady Tiger to crack the 700 career rebounds mark. She is current 12 points away from becoming the 33rd Lady Tiger to score 1,000 career points.

New to the award this season is Fan Voting presented by Dell Technologies in each of the three rounds. By mid-February, the watch list of 20 players will be narrowed to 10. In March, five finalists will be presented to Ms. McClain-Pittman and the Hall of Fame’s selection committee to choose a winner. Starting Five Fan Voting presented by Dell Technologies will go live on Friday, October 25.

The winner of the award will be presented at The College Basketball Awards presented by Wendy’s in Los Angeles on Friday, April 10, 2020, along with the other four members of the Women’s Starting Five. Additional awards being presented include the Nancy Lieberman Point Guard Award, the Ann Meyers Drysdale Shooting Guard Award, the Cheryl Miller Small Forward Award and the Lisa Leslie Center Award.