In Focus: The Bayou Backcourt 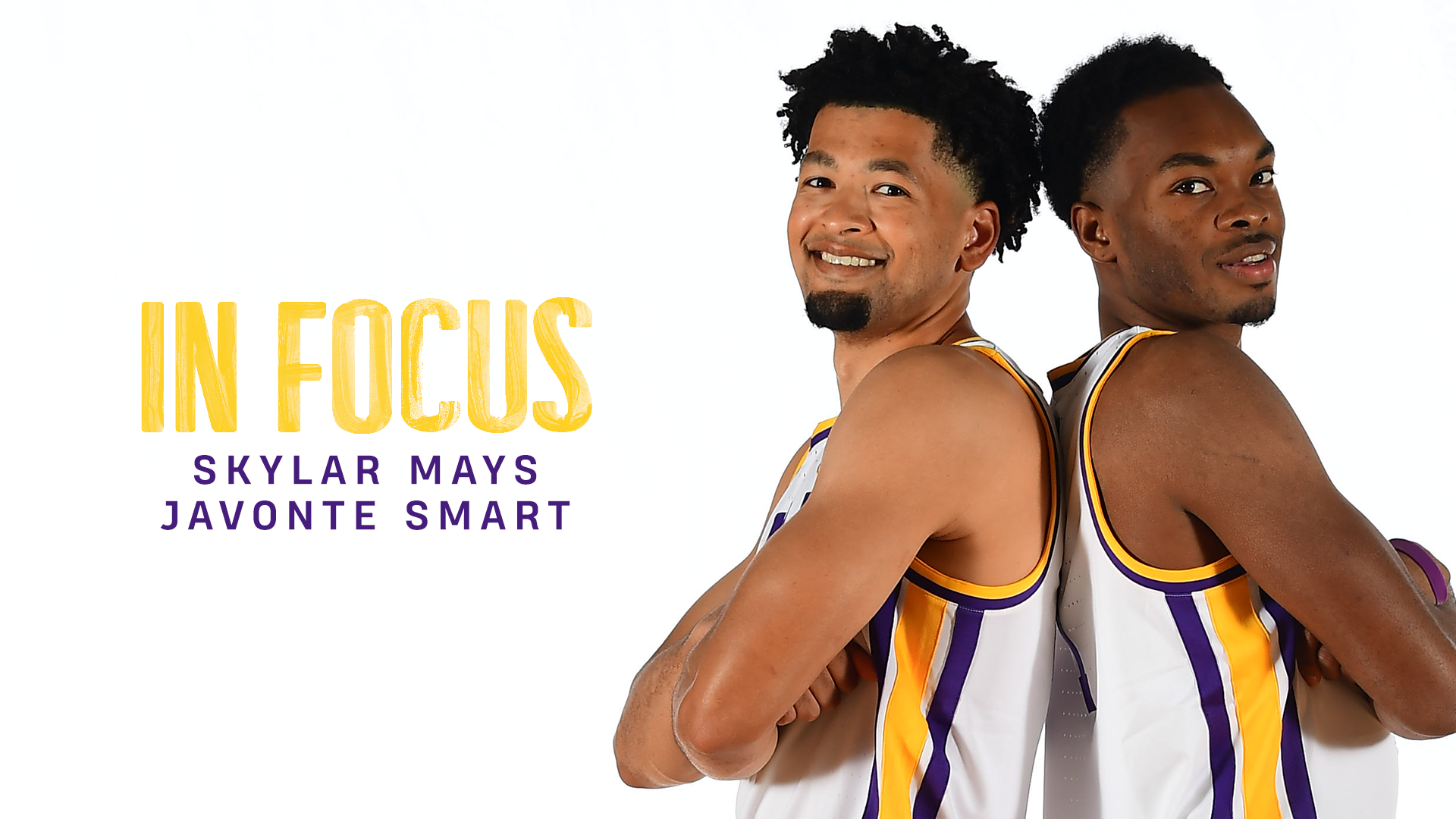 It’s simple chemistry: combine ice and fire, and the result is water.

That’s the formula LSU is counting on for the 2019-20 season, as Skylar Mays and Javonte Smart – the Bayou Backcourt, as the Baton Rouge natives are known as these days – take over the ball-handing duties for the Tigers full-time.

Gone is Tremont Waters, who dazzled for two years as Will Wade‘s primary ball-handler, racking up 1,029 points, 390 assists, and 163 steals before departing for the NBA.

In slide Smart and Mays, who have spent time in their careers on and off the ball but now hold the fate of their team squarely in their hands.

Mays is the ice of the tandem. The senior is always cool, whether in the classroom or on the court. A pre-med Kinesiology major with a 3.98 GPA, Mays has a calming effect on all of his teammates, especially when the heat turns up.

“I just try to lead by example,” Mays says, “and the best way I know to do that is to be myself.”

On the court, that looks like a slashing, athletic attacker who finishes at – or above – the rim and gets to the free throw line seemingly at will. During the Tigers’ 2018-19 run to the Sweet 16, Mays – the team’s returning leading scorer at 13.4 points per game – was among the most efficient offensive players in the conference. He ranked in the top 10 in the SEC in free throw percentage (86.0 percent, 2nd in SEC), offensive rating (123.6, 3rd in SEC), turnover percentage (9.5, 3rd in SEC), and offensive win shares (3.2, 9th in SEC).

Mays isn’t just the model of efficiency, though. He’s explosive, whether it’s throwing down a viral dunk in traffic or putting up 23 points in a conference-deciding tilt vs. Tennessee in February, including a game-tying three-pointer in the final minute of the contest.

“I don’t think there’s anybody that he doesn’t command unbelievable respect from. I’m gonna cry when he leaves after this year. I don’t know if I’ll ever coach anybody like him again. But I’m going to try to not focus on that and enjoy being able to coach him here for one more year and enjoy what he does for us.”

If Mays is ice, Smart is fire, an intense competitor who never stops talking on the court, to his teammates or to his opponents. While Mays returns to his primary position as LSU’s two-guard, Smart moves into the point guard role full-time after deputizing with Waters last season and playing off the ball for the first time since junior high. He averaged 11.1 points per game as a freshman, showcasing his ability to probe defenses with his length and strength, as well as an ability to step back and knock down three-pointers.

When Waters missed time, Smart gave fans a vision of the future as LSU’s point guard, including a 29-point night in that same Tennessee game.

“He’s another guy that’s a quiet leader. Our guys look to him for leadership. I love his spirit on the court. He gives us a tenacity on the court, especially with the guards, that is tough to get sometimes.”

Together, Smart and Mays will look to lead LSU back to the NCAA Tournament for the second straight year, a feat not accomplished in the program since the 2004-05 and 2005-06 team.

Mays, perhaps inspired by his organic chemistry class, says the team is still “amalgamating” – chemistry lingo for coming together.

Unquestionably, if the Tigers do find their way back to March this season, Mays and Smart will be the team’s catalysts.

“I think with Javonte and Skylar in the backcourt,” Wade says, “we certainly have one of, if not the best backcourts in the league, so we’re excited about both of those guys playing together all season.”