The Heart of a Tiger 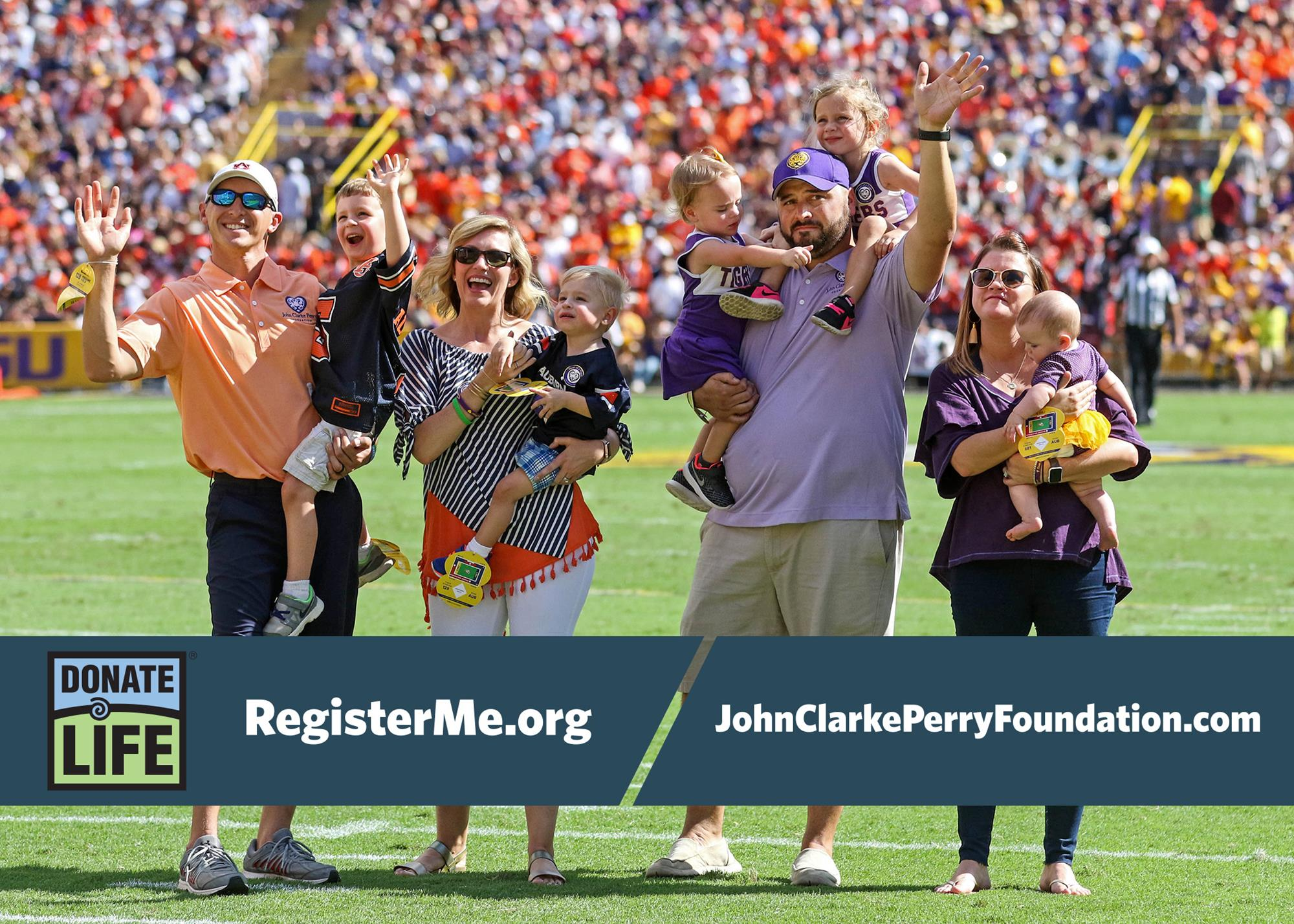 Jonathan Perry grew up an LSU fan with one rivalry standing out above all others.

“In my eyes, growing up, Auburn was just a huge rival,” says Perry. “Especially the years Alabama wasn’t good, it was always Auburn. The games have always  been great.

Everything changed for Perry when his son, John Clarke, passed away at six months old. Before his son’s death, Perry had never thought about organ donation. But since his son’s heart was donated to Davis Boswell – born, like his parents, an Auburn fan – it’s his mission in life to spread the word about its power to heal in all directions.

Saturday’s LSU-Auburn matchup will mark the fourth time the Perry and Boswell families have gathered to promote organ donation. Their touching story has been told across the country and changed countless – a feature on College GameDay three years ago helped register thousands of organ donors, Perry says.

“Now that we see how much it helps not only the recipient, but how much it heals us, we try to tell people that if they’ve gone through a loss, there is healing in helping somebody else,” Perry says.

It was that lack of awareness he hoped to change through his story.

“Every time we were together, it was all about football, talking about football games, and Auburn-LSU,” Perry says. “I told my wife that I thought there was something special we could do. We could use this story to try to get the word out specifically about organ donation.”

As part of the John Clarke Perry Foundation (http://johnclarkeperryfoundation.com), the Perry and Boswell families will be signing up organ donors before Saturday’s 2:30 kickoff. The Perry family RV will be located in Lot 401, while another location for sign up will be at the corner of S. Stadium and Nicholson Drive, near the Billy Cannon statue on the west side of Tiger Stadium.

The families will also participate in an organ donation unveiling at Our Lady of the Lake Children’s Hospital on Friday at noon, and they’ll be honored on the field during the first quarter Saturday.

There’s even a competition leading up to the game, too.  Both Auburn fans and LSU fans can donate through a custom link – LSU’s link can be accessed by clicking here – and LSU held a slim lead as of Thursday morning.

“I root for Auburn every time – except for when they’re playing LSU obviously,” Perry says. “But to see the teams come together, to put the harsh rivalry aside and support not only LSU –  we support Auburn as well through the foundation, and we help kids out all over the United States now with our foundation – it’s just an incredible experience.”

“There’s not a lot of emphasis on organ donation,” he says. “And it’s one of those things that even though my wife and I lost our son, there was a lot of – in a strange way – a lot of healing in seeing Davis continue to thrive and hitting milestones. Now he’s four years old, and knowing that the Boswell family didn’t have to go through what my wife and I went through gave us a lot of healing.”