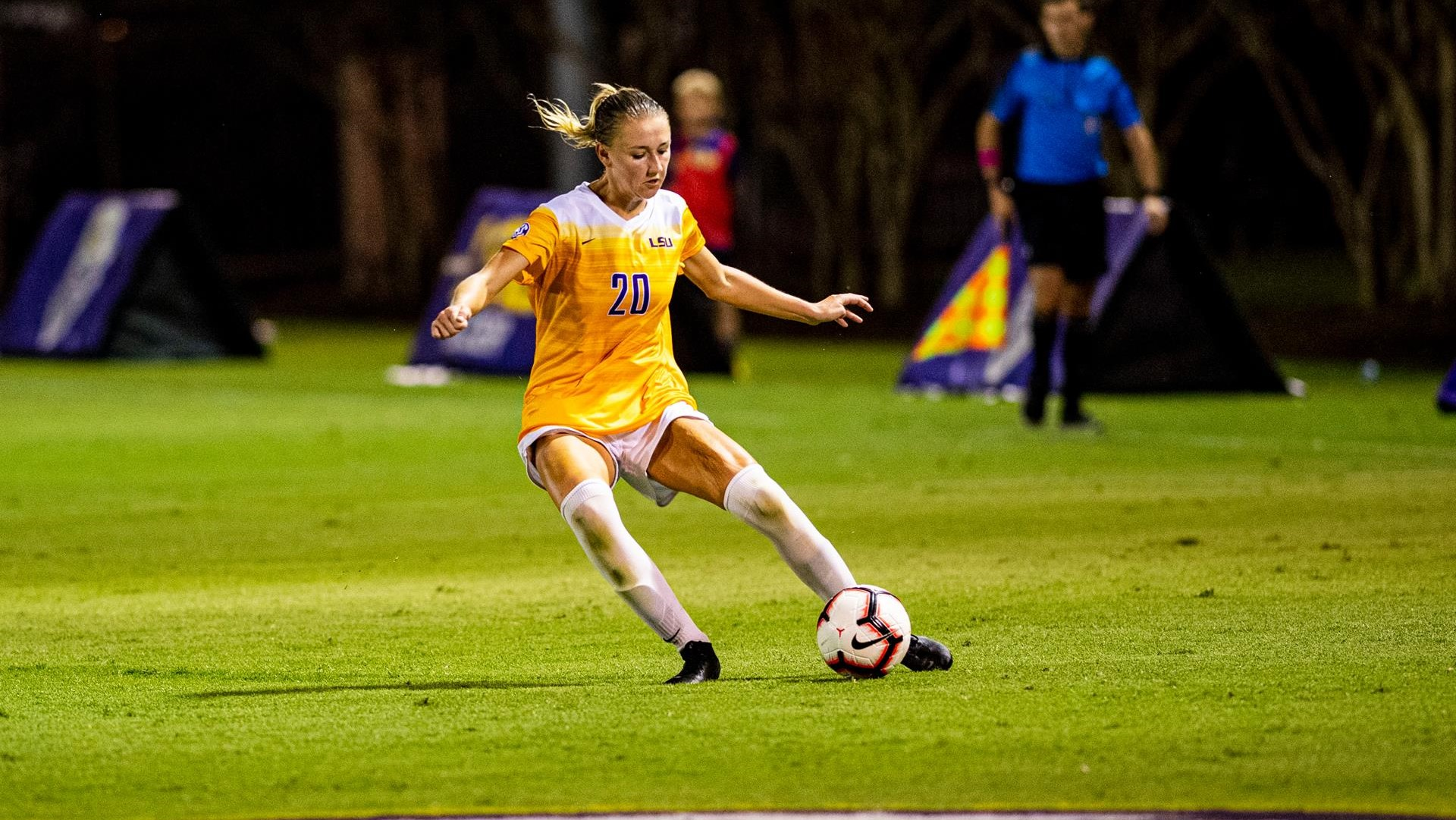 Baton Rouge, La. – The Tigers will host the Mississippi State soccer team on Thursday night at LSU Soccer Stadium for the penultimate home soccer match of the 2019 season. First kick is set for 7 p.m. and it will be LSU’s Pink Match in support of breast cancer awareness and research.

LSU has absolutely dominated this series winning 20 of a possible 24 matches. LSU is unbeaten in its last 17 meetings against the Bulldogs with a record of 15-0-2 in those contests. Molly Thompson scored in the 2018 2-1 win over Mississippi State for LSU. Her goal came in the 24th minute with the assist going to Alex Thomas to help LSU take the lead early.

Mississippi State owns a record of 7-7-1 on the season with a record of 2-4-1 in league play. The Bulldogs will come to Baton Rouge having dropped three of its last four matches. MaKayla Waldner (17 points) and Monigo Kamley (10 points) will pose the biggest threats to LSU’s backline. Waldner has a team leading eight goals for Mississippi State. In net for the Bulldogs will be grad transfer Gabby English who has allowed 24 goals in 14 matches played this season for a goals averaged against mark of 1.76.

Goldman has been up to task this season in net for the Tigers consistently being challenged. Her 86 saves on the season lead the SEC and she is saving an SEC high 6.14 shots per match. She had one of the all-time great LSU performances in net against Georgia on Sept. 26 as LSU earned a 1-1 draw thanks in large part to her performance. She made 16 saves in that match, the second most in LSU single game history alongside Shelli Montevirgen’s 16 save match against Georgia in 1996. The 16 saves were one short of the LSU school record set by Bonnie Otillio in 1999 against Oklahoma. Goldman has started 14 matches for the Tigers and has a save percentage of .748; her 16 saves against Georgia are the most by any keeper in the league this season.

Marlena Cutura scored her team leading second goal of the season in LSU’s last match against Vanderbilt. She has a team leading two goals, three assists, seven points, and 26 shots on the season. A senior from Pearl River, La., Cutura owns five career goals and 12 career assists for a total of 22 points. LSU’s all-time record when Cutura scores a goal or registers an assist is 11-1-3.

The Tigers have played as many as seven first-time players on the pitch at once this season. A total of 9 players have made their LSU debuts this season. Maddie Moreau is the lone first-year player to start all 15 matches. Rammie Noel (13 starts), Emma Grace Goldman (14 starts), Meghan Johnson (12 starts), Anna Rockett (6 starts), Maya Gordon (8 starts), Sydney Lau (1 start), Courtney Henderson (2 starts) and Maddison Martin (1 start) have all earned the first starts of their career this season as well. Hannah Cuneo (8 matches) and Makenzie Maher (10 matches) have all earned their first playing time for the Purple and Gold this season. Jade Clarke made her first start of the 2019 season and the 17th start of her career on Oct. 3 against Auburn.