Tigers Face No. 16 Kentucky Wednesday on the Road 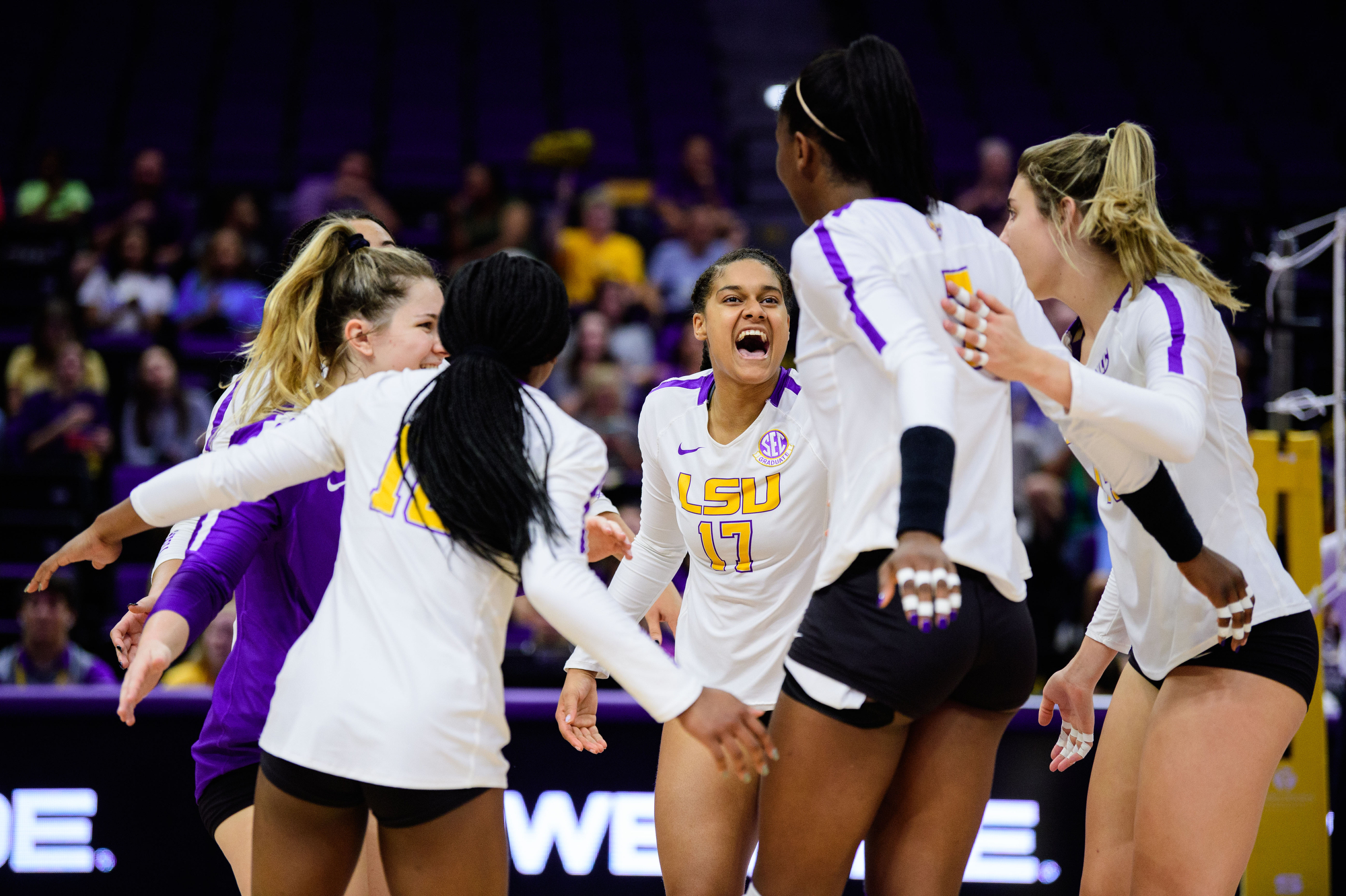 The Tigers claimed a four-set victory over Alabama on Friday but fell to No. 13 Florida on Sunday in three sets. Kentucky swept both of its opponents over the weekend against Tennessee and Alabama.

>> The Tigers are picked to finish seventh in the league this year as voted on by the head coaches in the SEC. They currently sit in seventh of the league behind Texas A&M.

>> Bannister led the Tigers on Sunday against Florida, tallying 20 kills and 10 digs for her third career double-double and her second on the year.

>> Raigen Cianciulli led the Tigers in digs against the Tide, recording a season-high 28.

>> Rose, who earned SEC Setter of the Week last Monday, picked up her third-straight double-double against the Tide, tallying 40 assists and 10 digs. It was her seventh double-double on the year.

>> Among the league, LSU is third in opponent hitting percentage, holding their opponents to a .188 mark. The Tigers are third in blocks behind Florida, averaging 2.37 per set.