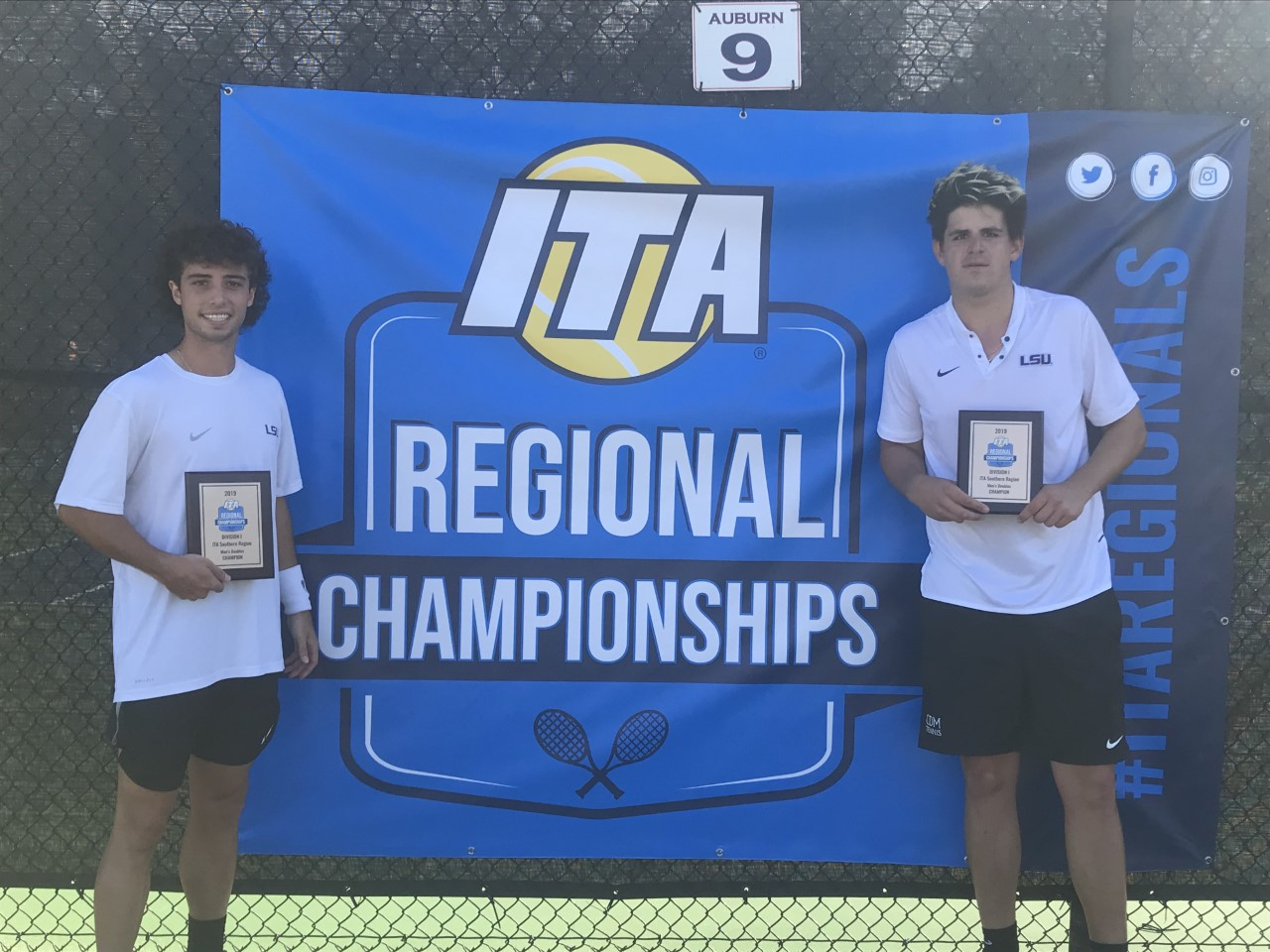 Junior Joey Thomas and sophomore Daniel Moreno capped off a perfect 6-0 weekend after defeating Auburn’s Tim Dollman and Michael Durham. LSU started off the first set trading games, bringing to a 1-1 tie. They turned it up a notch the rest of the first set, winning it 6-2.

The second set was a comeback the whole way for LSU. Auburn went out to a 2-1 lead and went back and forth until Auburn had a 5-4 lead. Joey Thomas sparked a momentum switch in LSU’s favor after he ran cross-court for a return, earning the Tigers a key point. They rolled the rest of the way until they clinched the match 6-2, 7-5.

This win means Thomas and Moreno automatically qualify for the Oracle/ITA National Fall Championships that take place in Newport Beach, California, this November.

“We felt like Joey and Daniel might have been the best team before the tournament and they went out and showed it,” co-head coach Chris Brandi said. “They both played tremendously well and have a lot of room to continue getting better.”

Outside of Thomas and Moreno going to the ITA National Fall Championships, the Southern Regionals concluded the Tigers fall season. The rest of the men’s tennis team won’t have any matches until January 12th when they take on Alcorn State to start the Spring season.

“Fall was tough for us. A lot of guys were injured and banged up. We’ve improved, but haven’t really had a chance to show it yet,” Brandi said. “We need to take it up a notch in practice the rest of the fall to be the kind of team we want to be.”