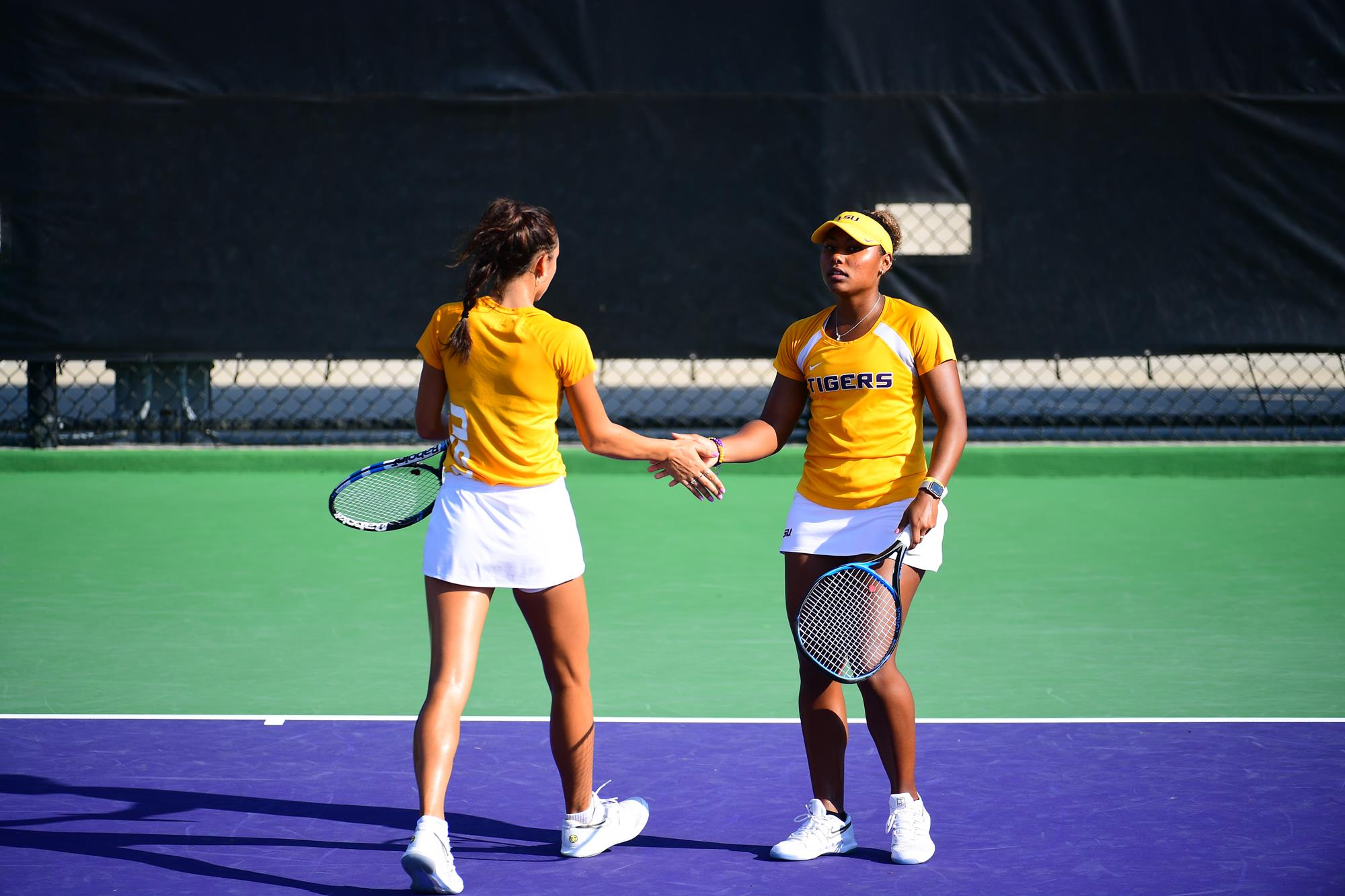 Junior Eden Richardson and freshman Nina Geissler faced Auburn’s Madeline Meredith and Georgia Axon in the doubles semifinals. The Tigers jumped to an early lead in the first set and held their ground on their way to a 6-3 win. The second set saw Richardson and Geissler carry momentum from the first as they took the second set 6-3 and booked their place in the doubles finals.

Bridges was matched against Taylor Russo from Auburn for the first semifinals match of the day. The first set was evenly contested for the first six games, with both players splitting them 3-3. Bridges took the next three games to take the first set by a score of 6-3. Bridges dominated the second set, showing no error on her way to a 6-0 win and advanced to the singles final.

The second semifinals match was contested between Corley and Auburn’s Sellin Ovunc. The first set was an even contest between the two Tigers, with the players trading games back and forth. Corley was able to pull ahead and win consecutive games to take the first set 7-5. The second set saw Corley battle back from a three game deficit to tie the match at 5-5 and eventually force a tiebreaker. The tiebreaker was narrow, with neither player able to take more than a marginal lead. Corley finished strongly, taking the tiebreaker 7-5 and earning the other spot in the final.