Volleyball's Hill Tabbed as SEC Freshman of the Week 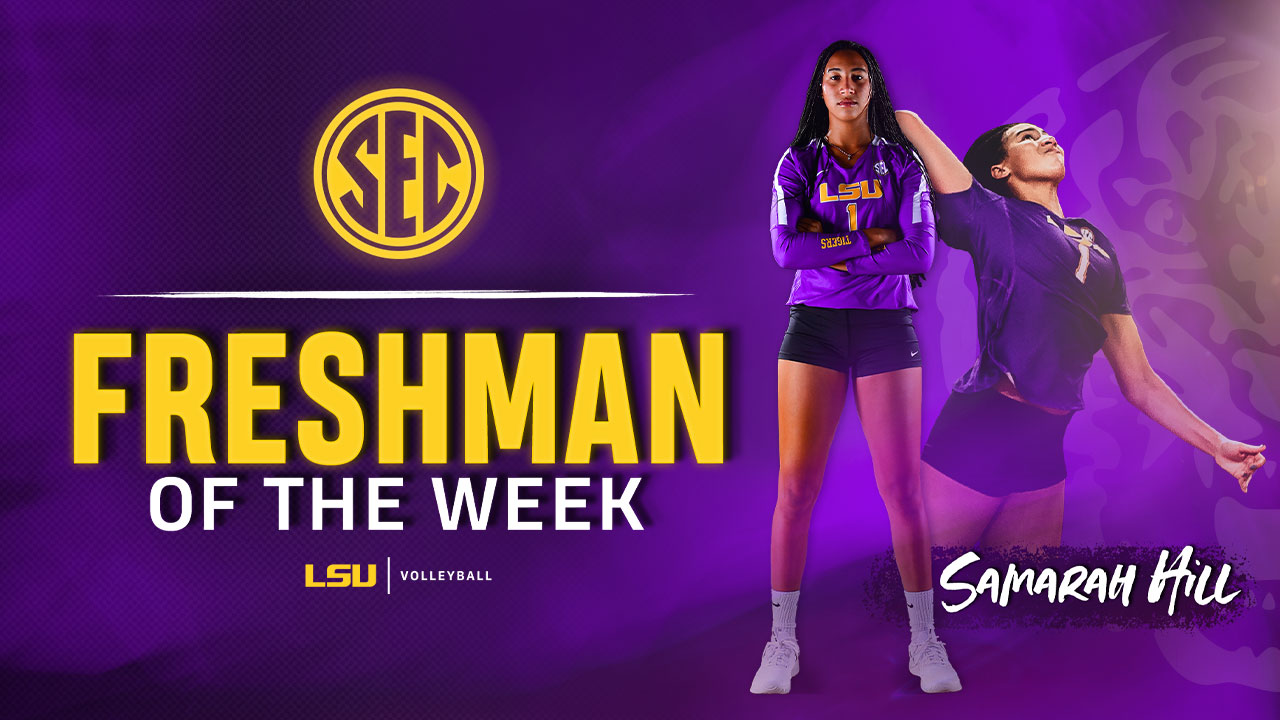 BATON ROUGE – After recording career-highs in a few categories of over the weekend, LSU volleyball freshman Samarah Hill is tabbed as this week’s SEC Freshman of the week, as the league announced Monday.

This is Hill’s first weekly honor and the team’s third this season.

The Oviedo, Florida native helped the Tigers to a victory over Alabama on Friday. She led the Tigers in digs with 13 and finished the match with a career-high .393 hitting percentage. Against the Tide, she tallied a career-high five service aces.

On Sunday against No. 13 Florida, Hill led the Tigers in digs with a career-high of 18. She tallied eight kills and hit .389 at the pin.

On the weekend, Hill recorded a total of 21 kills with just three errors on 46 attacks for a .391 hitting percentage. She added three blocks and 25 digs. She also scored 4.21 points per set.