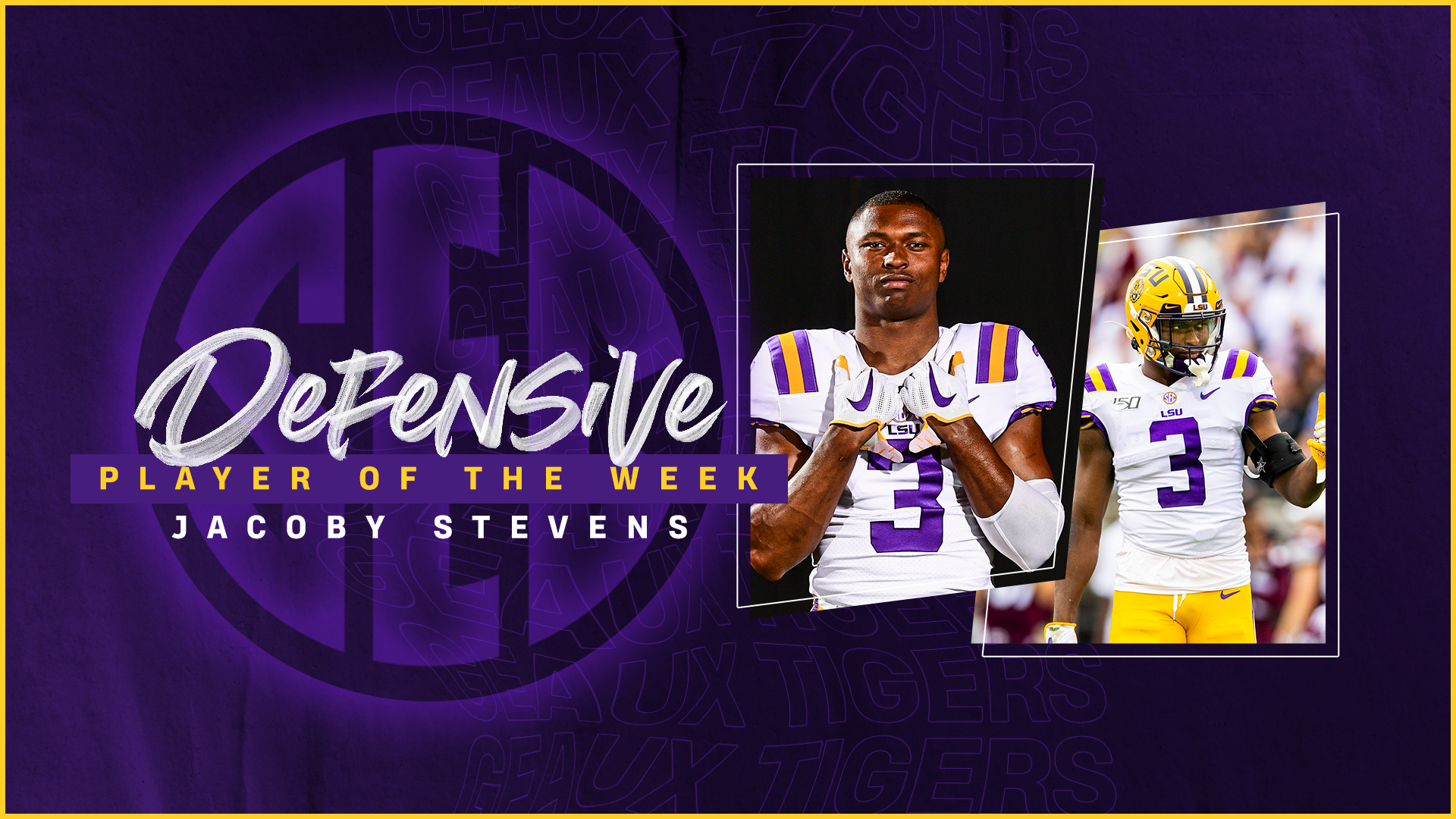 BATON ROUGE – LSU safety JaCoby Stevens has been selected as the Southeastern Conference Defensive Player of the Week for his performance in the 36-13 win over Mississippi State on Saturday in Starkville.

Stevens, a native of Murfreesboro, Tenn., had an all-around outstanding game with eight tackles, a sack for a 1-yard loss and a spectacular one-handed interception in the LSU victory. His interception was featured on ESPN’s SportsCenter on Saturday as a Top 10 play.

Stevens’ interception came just before halftime and led to an LSU touchdown and a 22-7 lead just five plays later. His sack came on third-and-four in the third quarter and forced the Bulldogs to punt.

Overall, Stevens was a key member of an LSU defense that forced three turnovers, held Mississippi State to 340 yards of total offense and to just 3-of-12 on third-down opportunities.

For the season, Stevens is tied for second on the LSU team in tackles with 38. He’s also been credited with 2.5 tackles for loss, a pair of sacks and six passes defended.

LSU returns to action on Saturday, hosting Top 10 ranked Auburn at 2:30 p.m. in Tiger Stadium. The game will be televised on CBS.