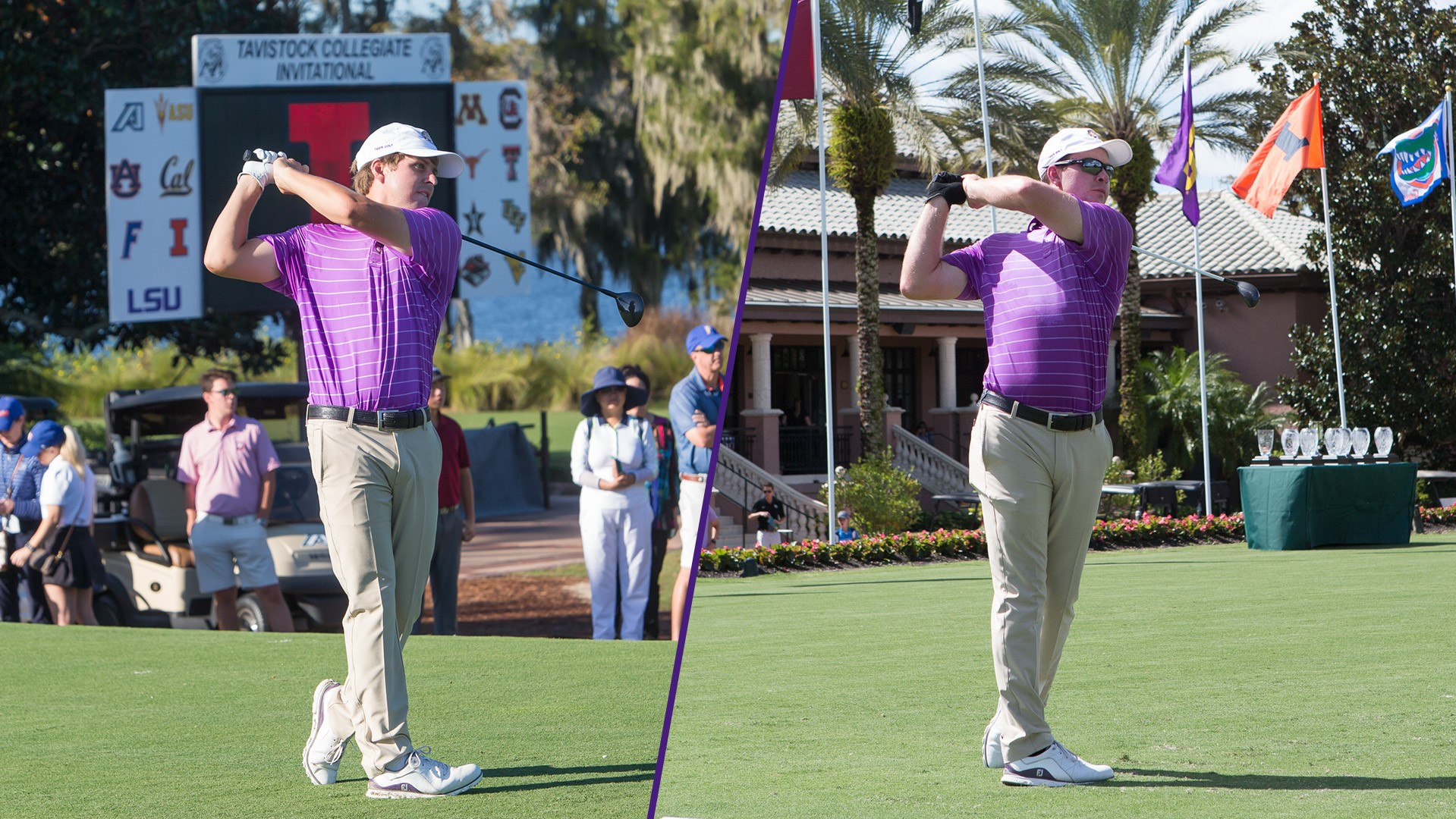 Windermere, Fla. – Trey Winstead and Hayden White both shot 1-under 71s as LSU finished the second day of the Tavistock Collegiate Invitational at Isleworth Country Club with a 1-under 287.

As a team, LSU is second in par 4 scoring with a 3.99 average. The Tigers are also third in total birdies. LSU has amassed 34 birdies through two rounds of play. Central Florida leads with 40 birdies and Texas Tech has 39.

Winstead finished the second round of the Tavistock with a 1-under 71. He carded three birdies in his round that countered two bogeys. He notched 13 pars on the day following the first round where he recorded 16 pars. Winstead leads the field with 29 pars through two rounds. He is tied for 11th with a 3-under 141 (70-71) total heading into the final round Tuesday morning.

White also finished the day with a 1-under 71. He sits tied for 14th on the leaderboard with a 2-under 142 (71-71) total. Through the first nine holes, White had a 2-over 38 score that included four bogeys and two birdies. After making the turn, he bounced back with three birdies and six pars to finish under par for the round. White is tied for the second-lowest scoring average on par 3 holes with a 2.88 average. He also has a 4.63 average on par 5 holes. With 11 birdies in the tournament, White has the second-most of the field. Sandy Scott from Texas Tech has 13 birdies in two rounds.

Michael Sanders completed the second round with an even par 72. He utilized four birdies to counter four bogeys in his round. He finished with 10 pars. Sanders has 24 total pars in the tournament.

Philip Barbaree turned in a 1-over 73 for the second round. He was 2-under through the first nine holes before finishing 3-over on the final nine. Barbaree had three birdies in his round to go with two bogeys, a double bogey and 12 pars.

Garrett Barber finished the round with a 4-over 76. He carded two birdies on the day to go with two bogeys, two double bogeys and 12 pars.

LSU will tee off at 7:50 a.m. CT from hole No. 1 in the final round of the Tavistock. Barber will tee off first, followed by Sanders, Barbaree, White and Winstead.