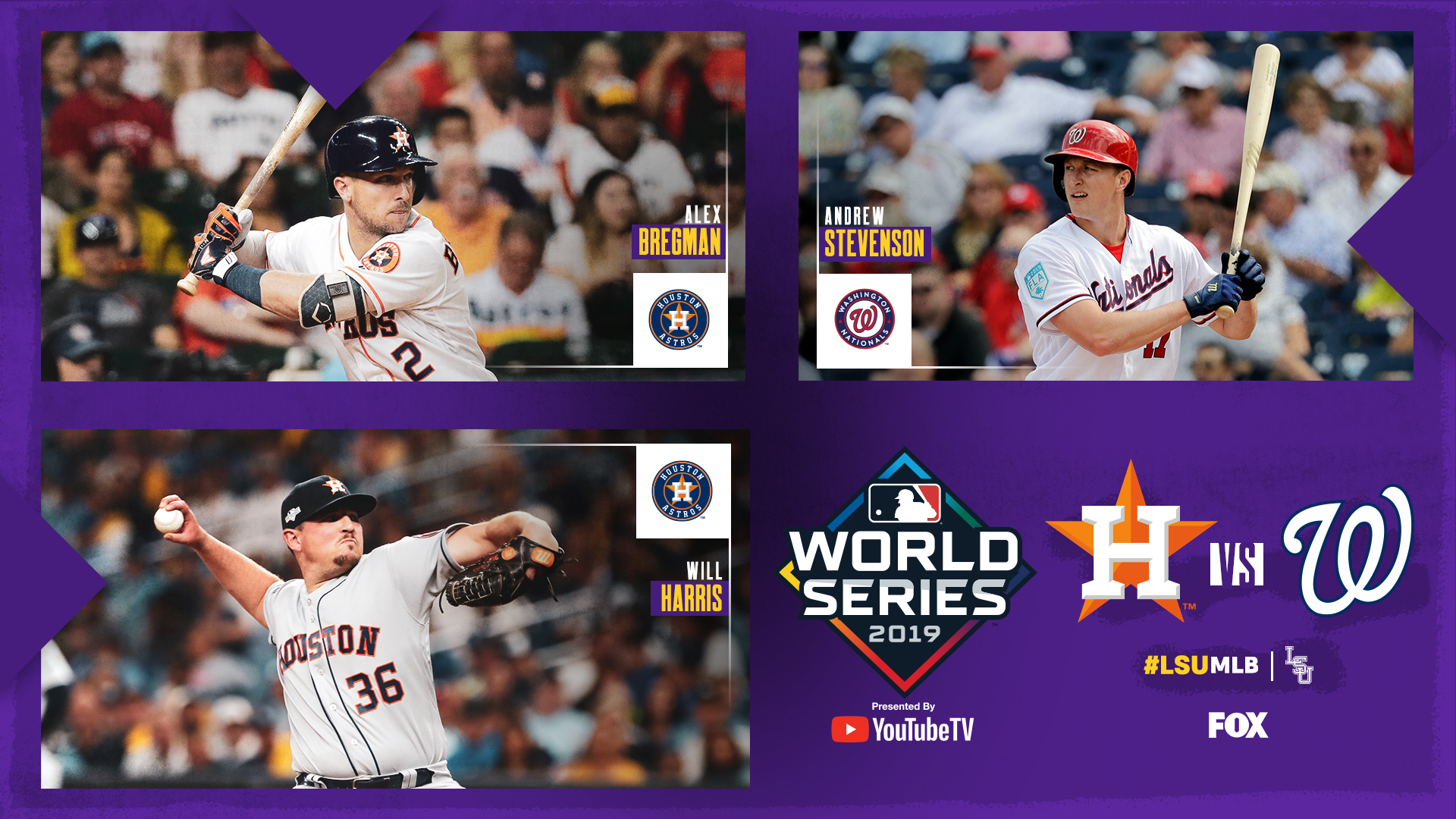 BATON ROUGE, La. – Three former LSU players are part of the 2019 pennant-winning teams that will participate in the World Series, which begins Tuesday night in Houston as the American League champion Astros play host to the National League champion Washington Nationals.

Houston is seeking its second World Series title in three seasons, while Washington is making its first World Series appearance.

Bregman, who was third in the American League in home runs this season, is a two-time All-Star – including the 2018 All-Star Game MVP – and he helped lead the Astros to the 2017 World Series title.

Harris, a 2016 American League All-Star who is in his fifth year with Houston, made 68 regular-season appearances out of the Astros’ bullpen, recording a 4-1 mark with a 1.50 ERA and 62 strikeouts in 60 innings. In seven postseason appearances, he has worked 5.2 scoreless innings with seven strikeouts and one save.

Stevenson has played in 31 games this season for the Nationals, batting .367 (11-for-30) with one double, one triple and five runs scored.

He scored the tying run on October 1 as a pinch runner during a three-run, eighth-inning rally, as the Nationals erased a 3-1 deficit and posted a 4-3 Wild Card game victory over the Milwaukee Brewers.