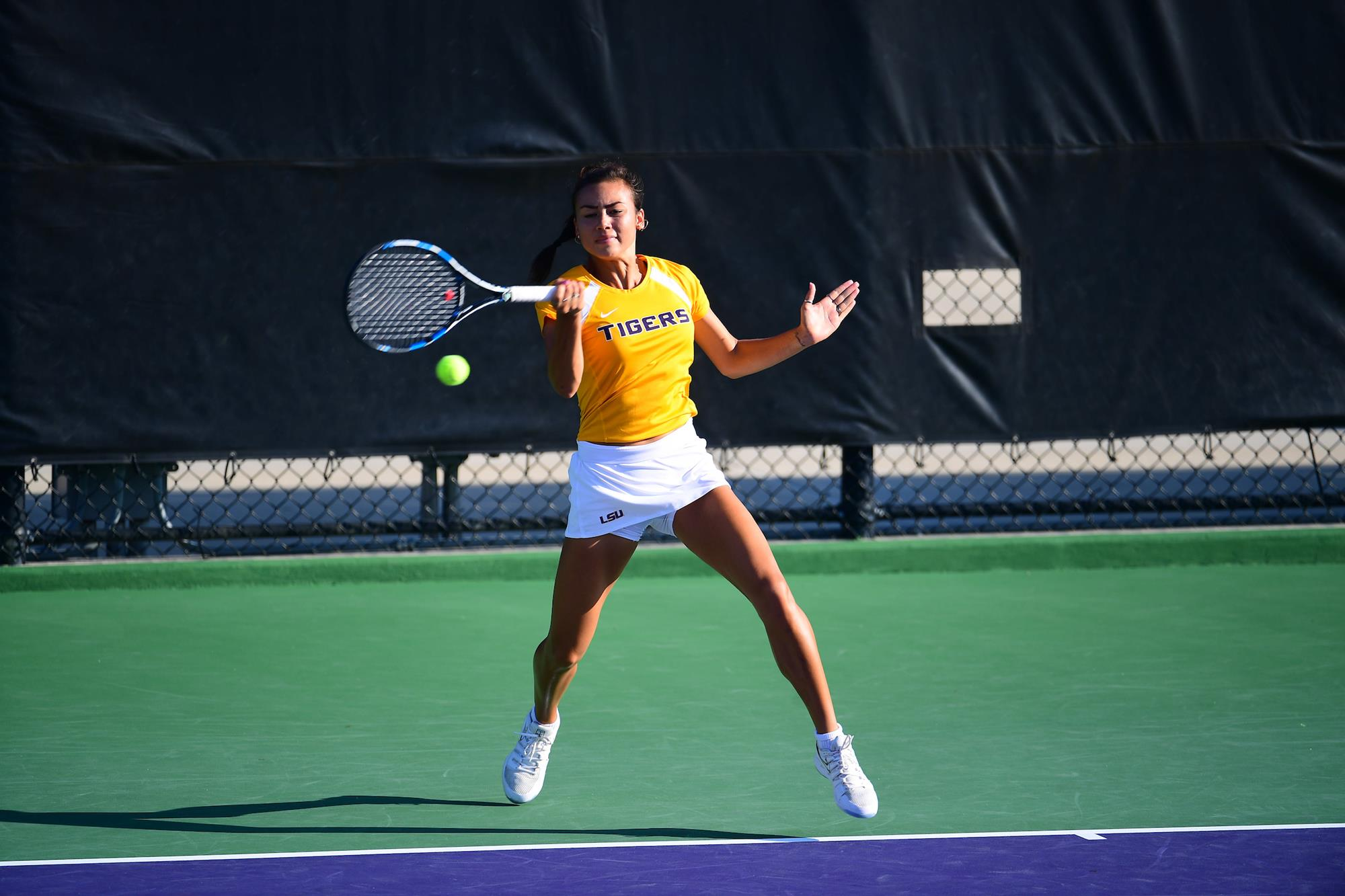 Senior Paris Corley and Bridges faced Ole Miss’ Anna Vrbenska and Tereza Janatova in the first quarterfinals matchup of the day. The match was evenly contested, with one team taking the lead before the other would equalize. Vrbenska and Janatova were able to take the lead and win consecutive games on their way to taking the match 8-5 and advancing to the semifinals.

Junior Eden Richardson and freshman Nina Geissler were matched against the No. 17-ranked Sabina Machalova and Alexa Bortles from Ole Miss. The teams traded games back and forth before Machalova and Bortles took a 6-5 lead. The Tiger duo took the next three games to win the match by a score of 8-5 to advance.

Corley was matched against Alabama’s Ares Teixdo Garcia in their quarterfinals match. Corley was ruthless in the first set, blanking Garcia 6-0. Corley continued her dominance in the second set, winning 6-2 to earn a spot in the semifinals.

Bridges faced No. 41 Emma Antonaki from Mississippi State with the last spot in the semifinals on the line. Bridges and Antonaki contested an even first set, with Bridges narrowly taking it by a score of 7-5. Antonaki equalized in the second set, taking the close contest 6-4. The third set saw Antonaki jump to a 5-2 set lead and one game away from the semifinals. Bridges rallied, facing match point nine times before she tied the match back up in the set at 5-5. Momentum on her side, Bridges took the final two games with ease and won the set 7-5 to advance to the semifinals.