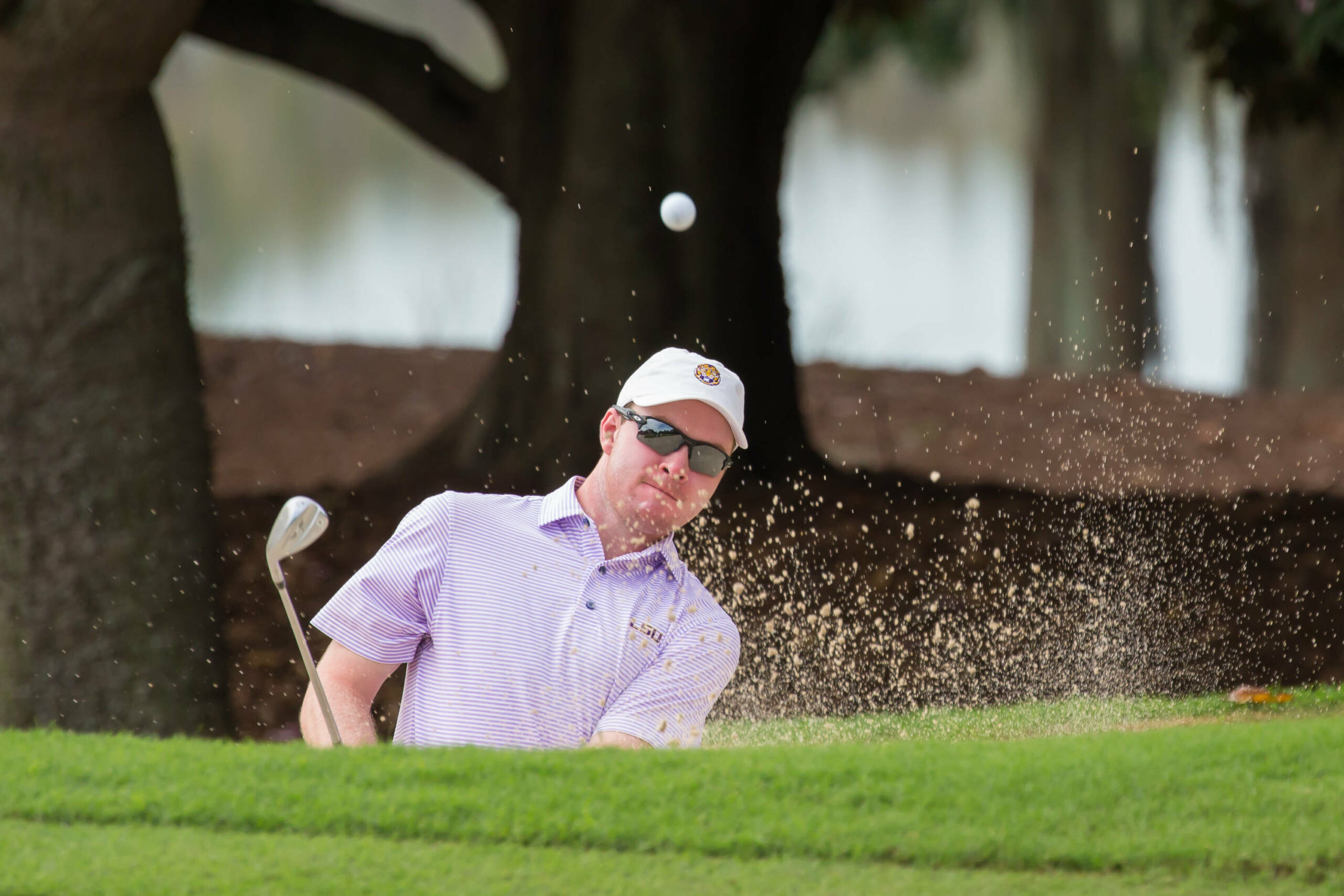 Windermere, Fla. – The LSU men’s golf team will head to the Isleworth Golf and Country Club in Florida to take part in the three-day Tavistock Collegiate Invitational. The first round will begin at 7 a.m. CT Sunday, with the 54-hole tournament concluding on Tuesday.

The Tigers will go with a lineup of Philip Barbaree, Trey Winstead, Garrett Barber, Hayden White and Michael Sanders. The five-man team is coming off a 63-under par 801 first place finish two weeks ago at the David Toms Intercollegiate in Shreveport, La.

All five Tigers finished in the top 10 on the leaderboard. Winstead and White tied for first at the David Toms Intercollegiate with 17-under 199 totals. Barber finished in third with a 15-under 201. Barbaree came in tied for fifth with an 11-under 205. Sanders recorded an 8-under 208 to finish tied for ninth.