XC to Compete in the Arturo Barrios Invitational 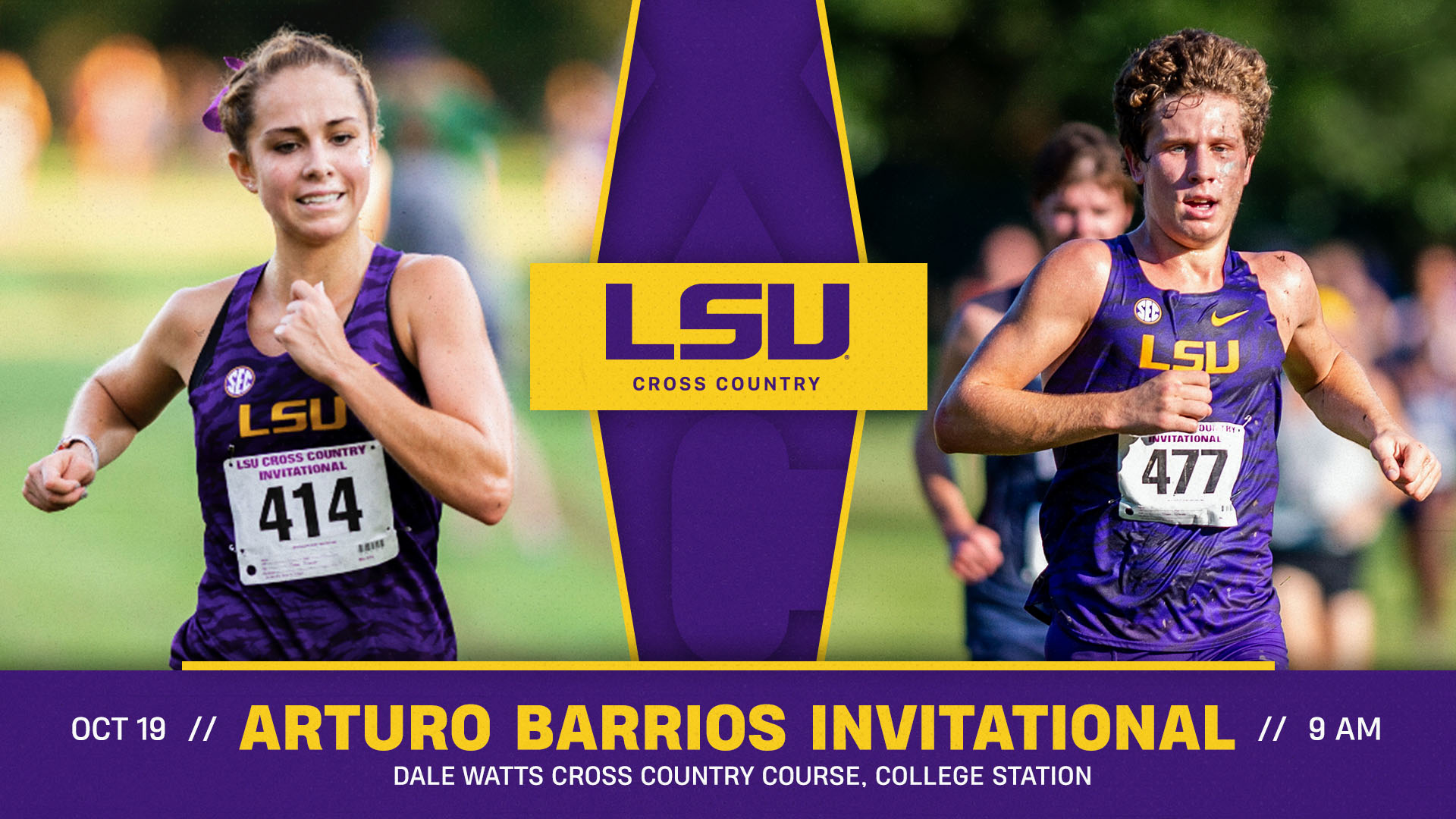 College Station, Texas. –  The LSU men’s and women’s cross country teams will travel to College Station, Texas, to finish their regular season at the 2019 Arturo Barrios Invitational at the Watts XC Course. The men’s team will be the first to run on Saturday morning as they will run the 8k at 9:00 a.m. CT. The women will follow the men as they will be running the 6k at 9:45 a.m. CT.

The Tigers will be one of 32 teams, including four SEC teams to compete in this event. LSU will face off against Texas A&M, Florida, Tennessee, and nationally ranked Middle Tennessee (No. 17 Men’s).

The men’s squad is looking to build off of their impressive performance at the 2019 Joe Piane Invitational where they finished in fifth place with 163 points. The Tigers were led by Eric Coston who has been the top finisher for LSU in both meets he’s ran in this season. Coston crossed the finish line in ninth place with a time of 24:31.46. Following Coston was Davis Bove who continues to impress in his freshman season. Bove finished in 12th place with a time of 24:38.20 and was awarded with the SEC Men’s Co-Freshman of the Week award. Bove became the first LSU runner to earn that award in back to back weeks. Adam Wise was the third Tiger to cross the finish line as he finished with a time of 25:00.28, which was good enough for 27th place.

The women will be competing in the 6k for the first time this season on Saturday. In their last meet, LSU finished in 10th place with 283 points. The Tigers will be led by Katy-Ann McDonald who has been the first Tiger to finish in both competitions she’s participated in this season. At the Joe Piane Invitational McDonald placed in fourth overall with a time of 17:06.13. Alicia Stamey was the next runner to finish for the women’s squad where she finished in 40th place with a time of 17:55.41.

The 2019 Arturo Barrios Invitational will be the final regular season meet for the Tigers before they travel to Lexington, Ky where they will compete in the SEC Championships on Nov. 1.