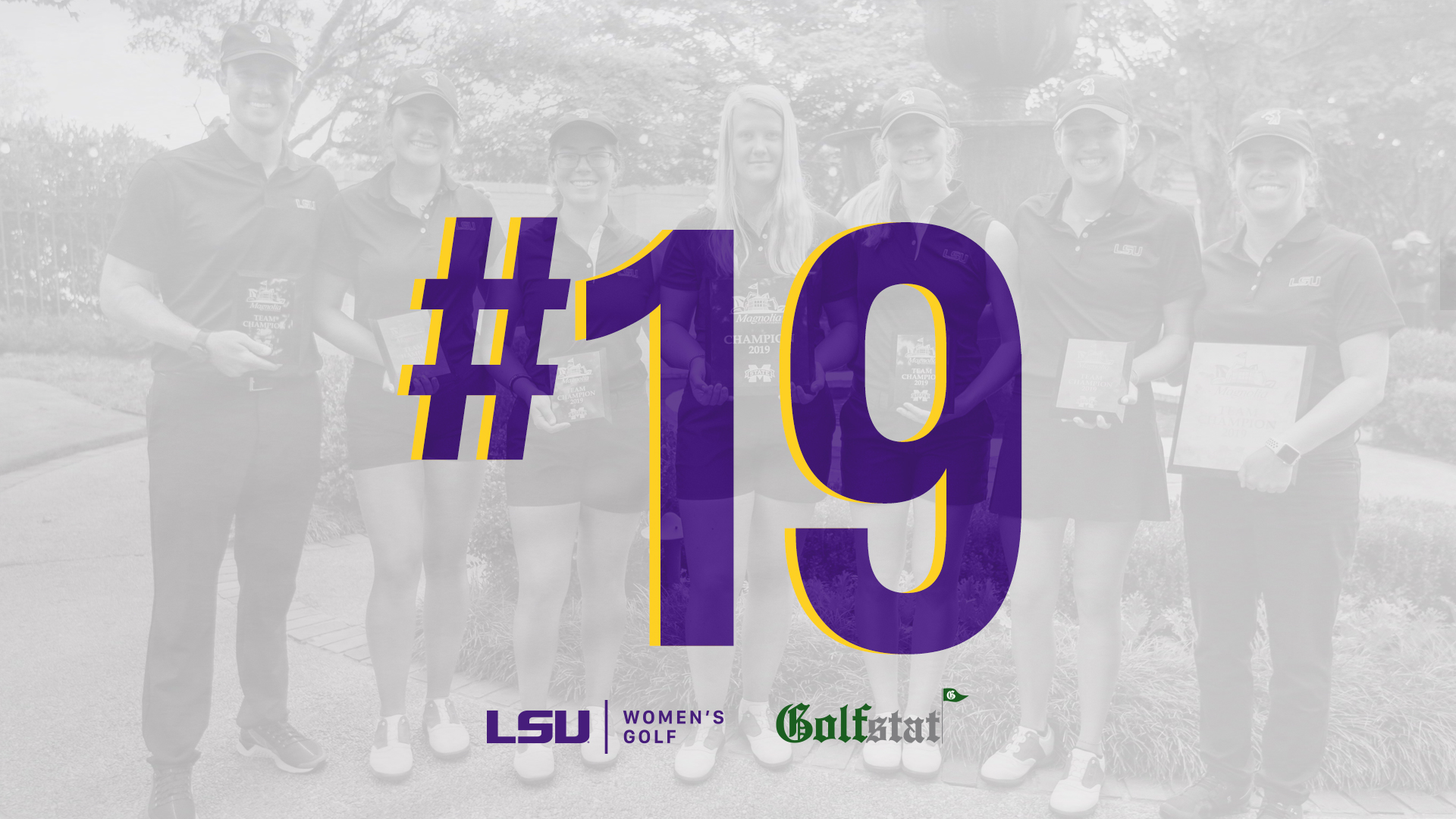 BATON ROUGE – The LSU women’s golf team, off back-to-back tournament victories cracked the top 25 in the first Golfstat performance rankings for the 2019-20 season, announced on Thursday.

LSU is one of nine Southeastern Conference teams in the top 25.

The back-to-back wins by LSU in the Princess Anne Invitational in Virginia Beach, Virginia on Oct. 6 and the Magnolia Invitational in Mississippi this past Monday. It marked the first time LSU won back-to-back events since the 1996-97 season and the first time since the 2014-15 campaign that the Lady Tigers have won multiple tournaments in a season.

The team has scored well in all-three tournaments, posting 859 for 54 holes (+7) in a third place finish at the Mercedes-Benz Collegiate in Knoxville, a +3 843 in rallying to tie for first in the Princess Anne and then an 8-under 856 to win at Old Waverly in the Magnolia. LSU has a record of 36-2-1 in its first three events and is averaging 284.22 a round this season for second-year head coach Garrett Runion and former Lady Tiger, now assistant coach Alexis Rather.

Ingrid Lindblad, the individual winner at the Magnolia is averaging 69.44 for her first nine collegiate rounds. The freshman from Sweden has posted six rounds of par or better including rounds of 5-under 67 and 4-under 68 to close out the Magnolia event on a 36-hole day of play.

In the Magnolia, LSU led the field with one eagle and 61 birdies over the three rounds, and in par 5 scoring with a 4.70 stroke average. The Tigers were second in the event for par 3 scoring and fourth on par 4 scoring.

The team concludes its fall season Nov. 1-3 at the Battle at the Beach at Club Campestre in San Jose Del Cabo, Mexico. LSU will in the spring host its annual LSU Tiger Golf Classic on its home links, The University Club, April 4 and 5.