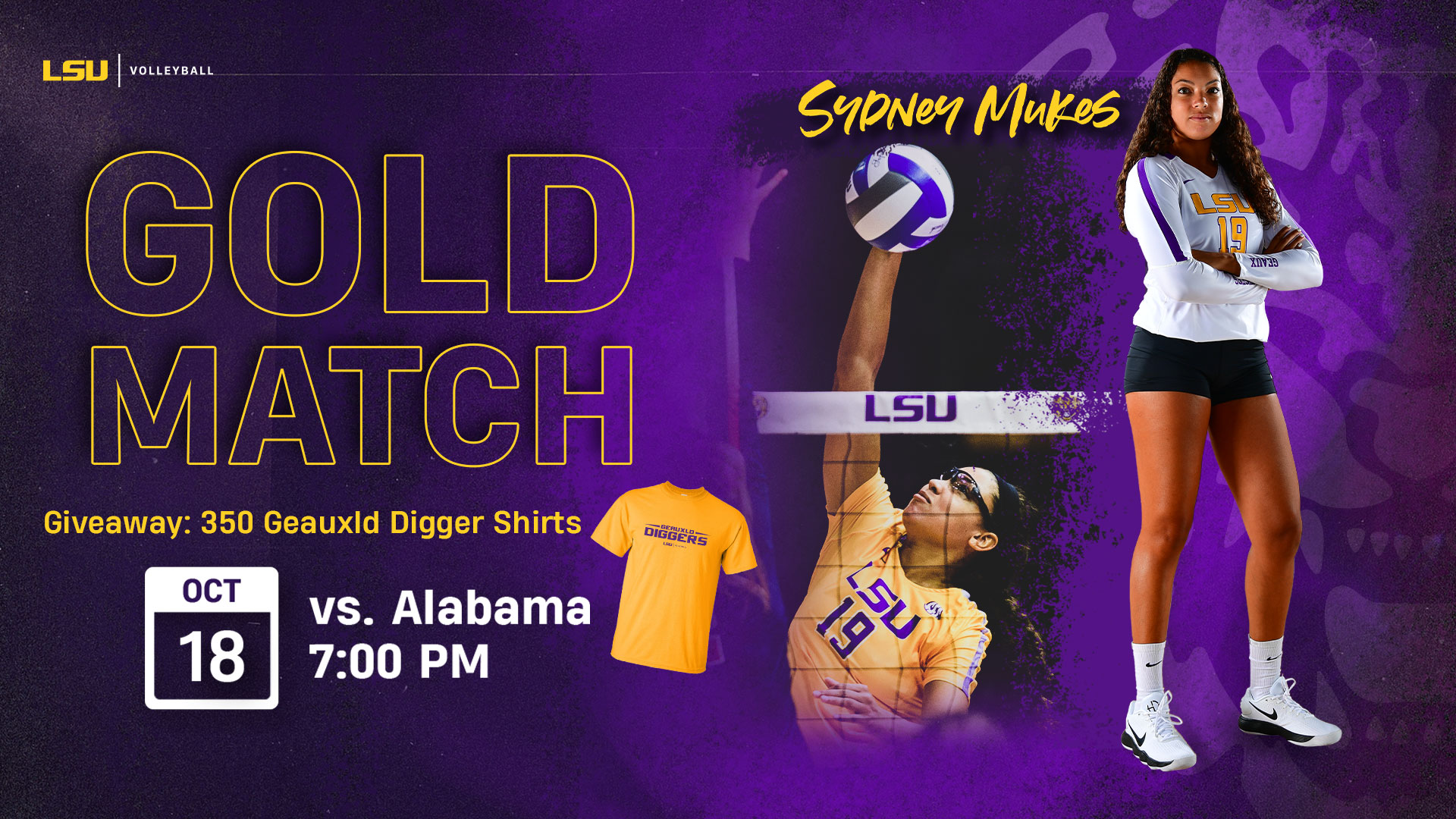 The match will stream live on SEC Network+ with Lyn Rollins and five-time Olympian Danielle Scott on the call. The match will also be available via live stats.

Series History
– vs. Alabama: LSU owns an all-time record of 36-28 against the Crimson Tide. The Tigers have won the last two of three matches, claiming a five-set victory in the last meeting on the road. The Tigers won at home on Oct. 15, 2017 in four sets.

Team Notes
>> Last week, the Tennessee match was the first time since 2017 that the Tigers came back from being down 0-2 and won the match in five sets. The last time that happened was against Tennessee on 11/24/17.

>> Head coach Fran Flory, the winningest coach in LSU volleyball history, enters her 22nd. She owns an all-time record of 487-383.

>> Over the weekend, Bannister average 5.30 kill per set with 24 kills against Tennessee and a season-high 29 kills against Georgia.

>> Raigen Cianciulli led the Tigers in digs on the weekend, recording 34 and averaging 3.40 per set.

>> Rose picked up her second SEC weekly honor of the year as she was named Setter of the Week on Monday. She recorded two-straight double-doubles over the weekend, tallying a career-high 55 assists and 11 digs against Tennessee and 54 assissts and 11 digs at Georgia.

>> Allee Morris came up big for the Tigers against the Vols, recording a career-high nine blocks and career-high 13 kills. It was the first time a Tiger recorded seven or more blocks since last season. She finished the weekend with a total of 14 blocks and 16 kills, averaging 1.40 blocks per set.

>> Among the league, LSU is fourth in opponent hitting percentage, holding their opponents to a .185 mark. The Tigers are fourth in blocks behind Florida, averaging 2.43 per set.