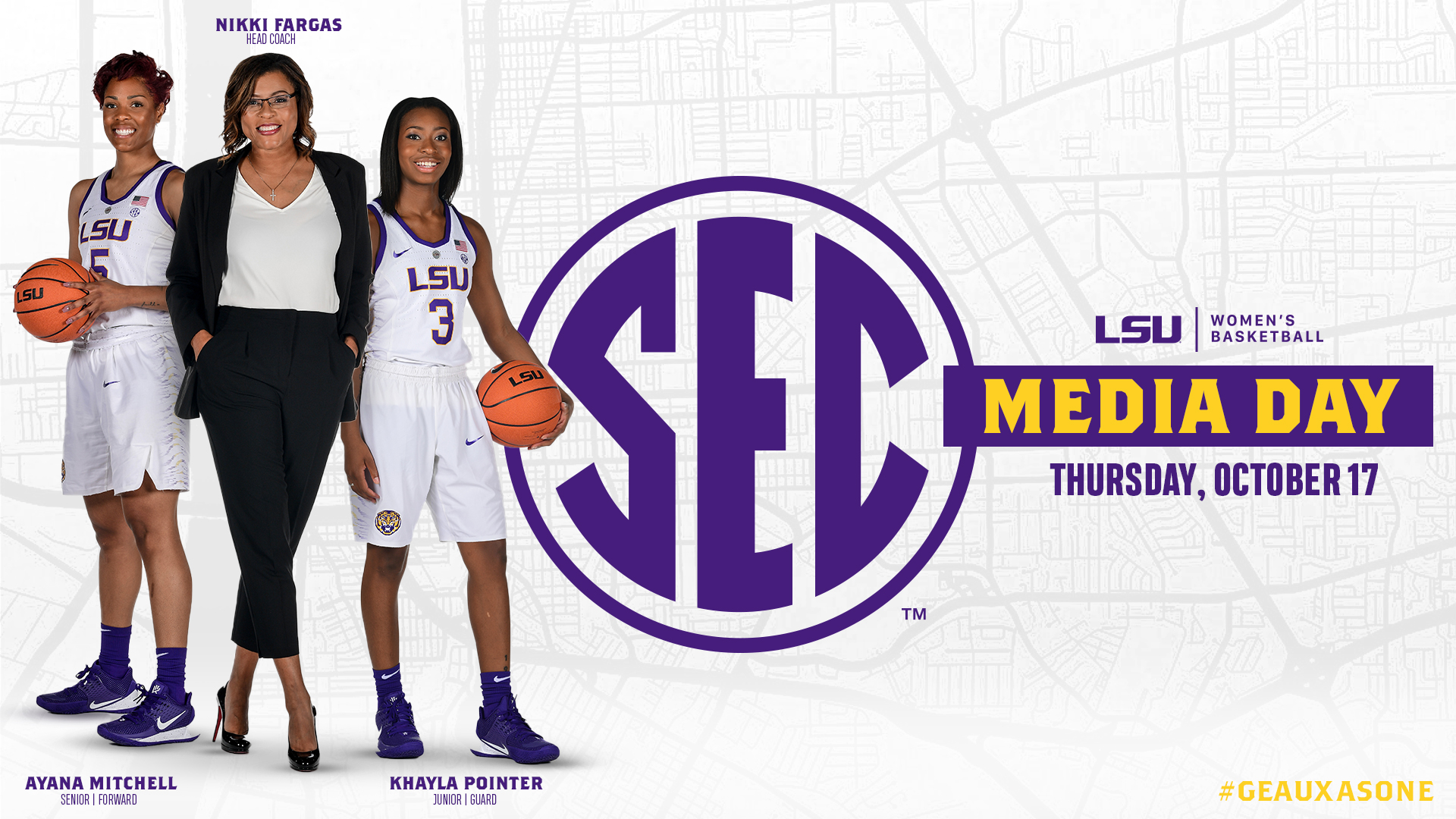 LSU is scheduled to hit the circuit of media areas from 1:15-3 p.m. CT on a day that will feature all 14 teams spending time with local, regional and national media outlets.

Fargas, Mitchell and Pointer will go live on the SEC Network set during The Paul Finebaum Show at 2:15 p.m. CT. Andy Landers and Steffi Sorensen will provide analysis and season outlooks for the women’s teams along with reporter Andraya Carter.

Fans will be able to steam Thursday’s SEC Media Day coverage on the ESPN App and can join the conversation by using #SECTipoff20 on all social media platforms.

An All-SEC First Team selection in 2018-19, she was 18th in the nation and third in the SEC in offensive rebounds (4.0) and third in the SEC in defensive rebounds with 6.5 per game. Against Auburn on March 3, the senior forward grabbed a career-high 21 rebounds and became the 15th Lady Tiger to crack the 700 career rebounds mark. She is currently 12 points away from becoming the 33rd Lady Tiger to score 1,000 career points.

Pointer is making her debut at Media Days. The junior guard from Marietta, Georgia, brings a crafty style of play to the point for LSU. She averaged 12.5 points and 4.5 assists per game last season. Her assists mark ranked fifth in the SEC and she was 21st in scoring. Pointer was also the top free throw shooter, ranked 15th in the SEC at 62.8 percent. She and Mitchell were tied for 11th in the league in steals with 1.7 per game each. Pointer also led LSU in minutes played last season with 31.7 per game.

Fargas is in her ninth season leading the LSU program. Her team returns four starters and nine letterwinners that were a part of the No. 1 defense in the SEC last season. Holding opponents to 56.2 points per game, ranked LSU 16th in the nation. The Lady Tigers held opponents under 50 points in a game seven times this season and under 60 20 times.