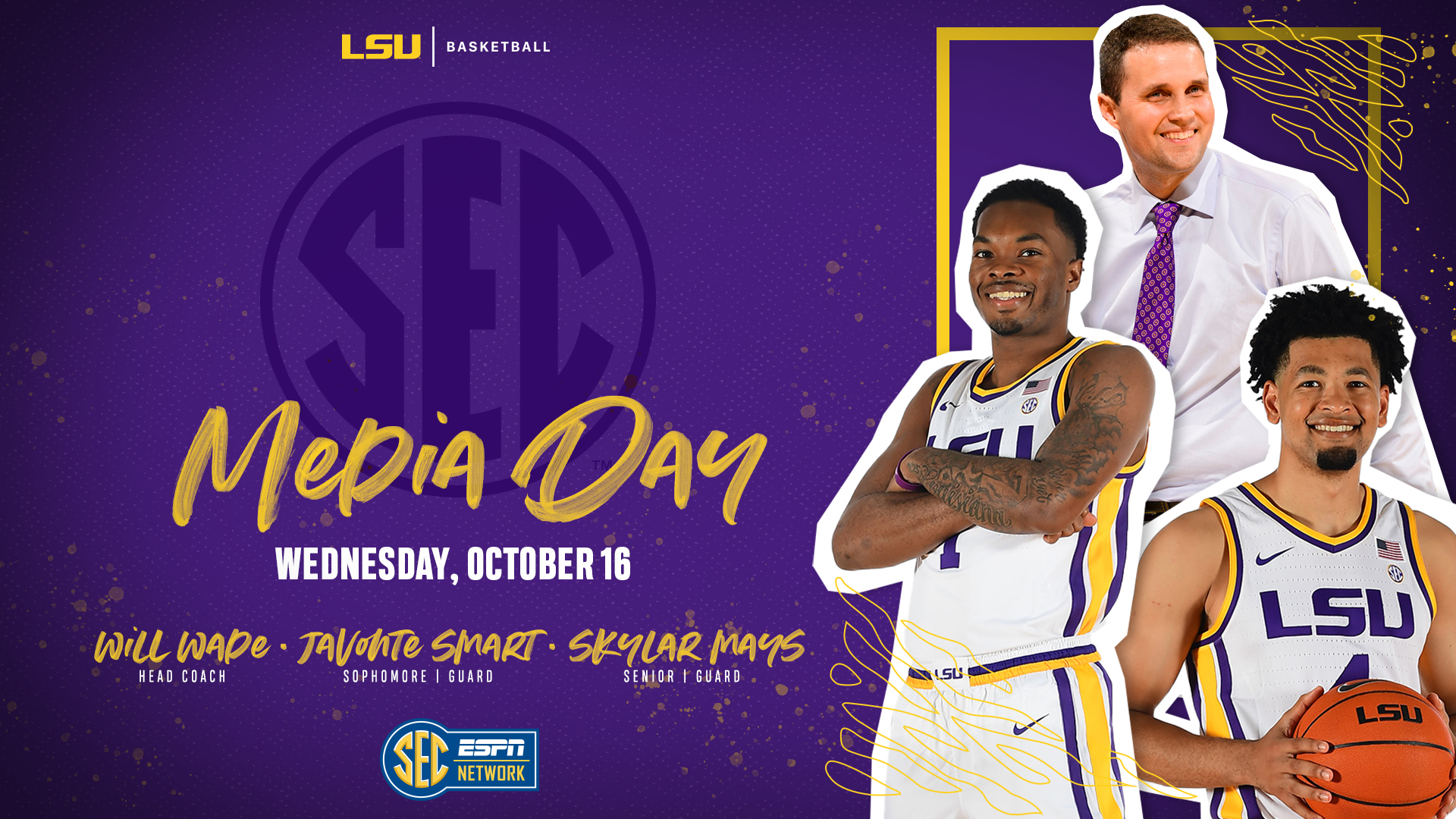 LSU’s Bayou Backcourt of sophomore Javonte Smart and senior Skylar Mays will represent the defending SEC Champions at the day-long activities, along with third-year head coach of the Tigers, Will Wade.

LSU is scheduled to be making the tour of media areas from 1 p.m. to 2:55 p.m. CT on a day that will feature all 14 men’s teams before the women’s teams of the league take the floor on Thursday.

The SEC Network will have live coverage throughout the day on Wednesday with Dari Nowkhah hosting SEC Now from 10 a.m. to 2 p.m. along with Daymeon Fishback and Andy Kennedy with one of the league’s lead play-by-play commentators, Tom Hart, moving into the host seat to guest host the Paul Finebaum Show from 2-6 p.m.

Coverage will also be streamed on the ESPN App. Fans can join the conversation using the #SECTipoff20 on all social media platforms.

Besides the SEC Network step, both coaches and players will visit ESPN rooms, CBS, an SEC Video room and do interviews with Sirius XM Satellite Radio and reporters in the main media area of the Grand Bohemian.

The Tigers open the 2018-19 season on Friday, Nov. 8 against Bowling Green. Season tickets are available at LSUTix.net or through the LSU Athletics Ticket Office.