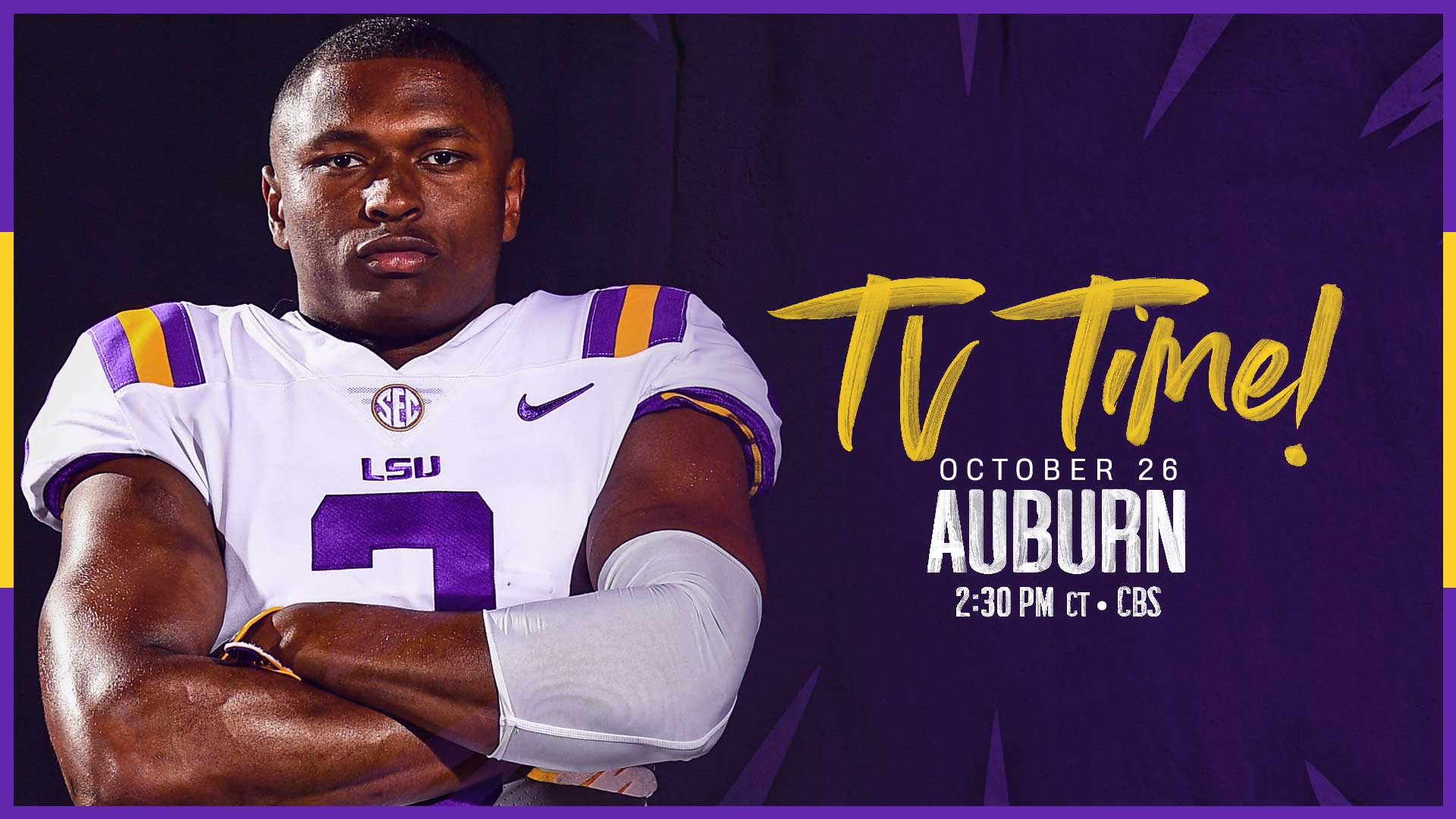 BATON ROUGE – LSU’s game against Auburn next week in Tiger Stadium will be televised on CBS and will kickoff at 2:30 p.m., the Southeastern Conference announced on Monday.

Next week’s game will mark LSU’s second straight appearance on CBS. LSU travels to Mississippi State on Saturday in a game also televised on CBS. Kickoff for Saturday in Starkville is 2:30 p.m. CT.

A limited number of seats remain on sale through the LSU Athletics Ticket Office at this time at www.LSUtix.net. Fans are also encouraged to use the StubHub, the Official Ticket Marketplace, to purchase or sell tickets at www.LSUsports.net/marketplace.

LSU has won the last two meetings with Auburn, which includes a 22-21 win last year when Cole Tracy kicked a 42-yard field goal as time expired.