Burrow, Stingley Pick up SEC Player of the Week Honors 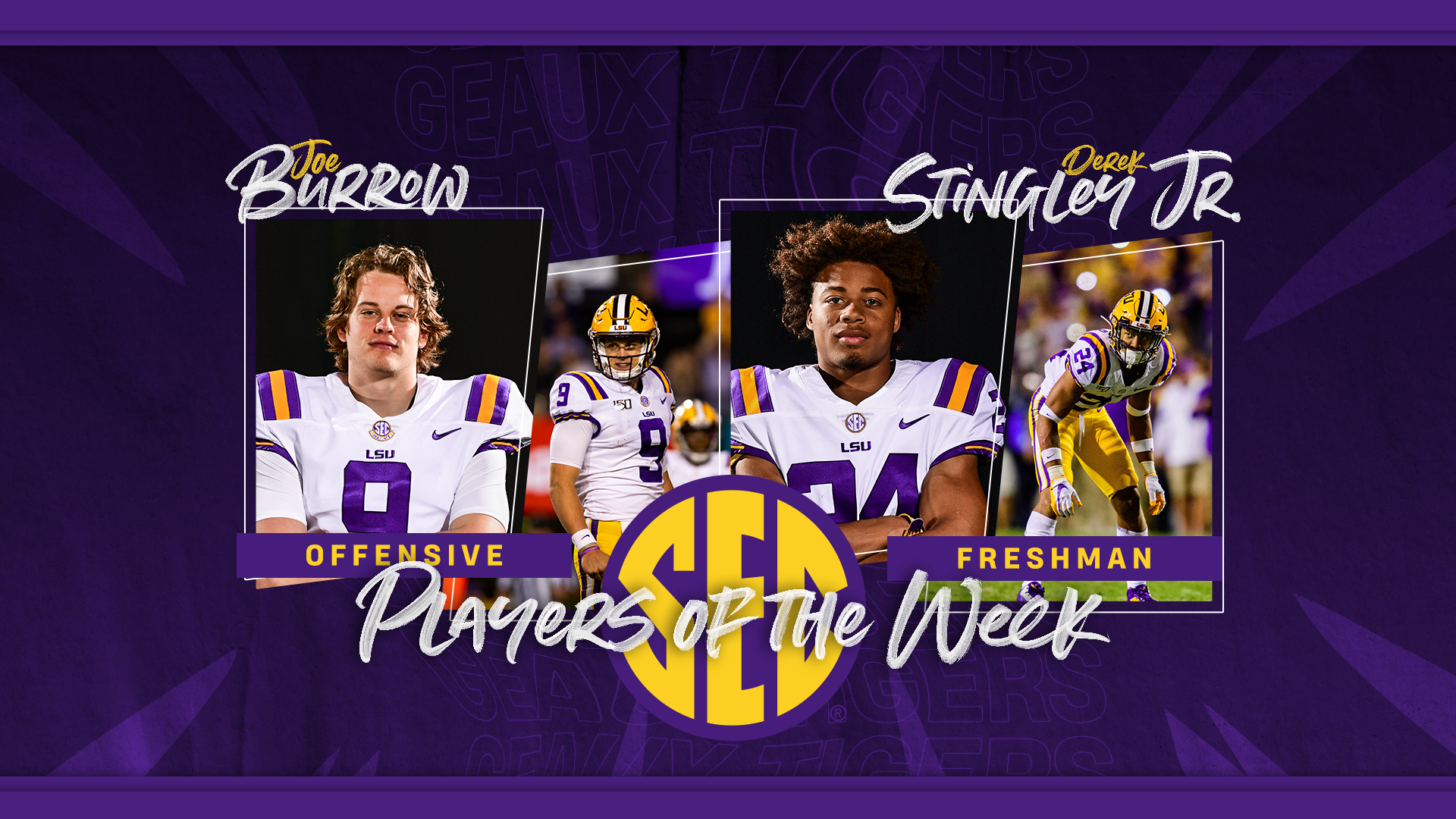 BATON ROUGE – LSU quarterback Joe Burrow and cornerback Derek Stingley Jr., were both honored as players of the week by the Southeastern Conference for their play in the 42-28 win over No. 7 Florida, the league office announced on Monday.

Burrow picked up SEC Offensive Player of the Week honors for the fourth time this year, while Stingley was named the SEC Freshman of the Week.

Against Florida, Burrow completed 21-of-24 passes for 293 yards and three touchdowns in leading the Tigers to the win over the Gators. Burrow added 43 rushing yards and he extended his school record streak of games with at least 20 completions to nine straight.

Burrow completed 12 straight passes during one stretch against Florida, which ranks as the third-longest streak in school history. He also had his fifth game with at least three touchdown passes in 2019, running his season total to 25, just three shy of tying the school record.

Through six games, Burrow has more completions (148), passing yards (2,157) and passing TDs (25) than any player in LSU history over that span. He’s also 16-3 as LSU’s starting quarterback and won his sixth game against a Top 10 team, the most by a quarterback in school history.

On defense, Stingley has six tackles and intercepted a pass for the third straight game as the Tigers limited the Gators to only seven points in the second half.

For the second straight week, Stingley’s interception came in the redzone, this time stopping a Florida drive with an interception in the endzone. Down 35-28 midway through the fourth quarter, Florida had reached the LSU 16-yard line when Stingley intercepted the pass on third-and-1 in the endzone.

Stingley broke up another pass during the game, running his total passes defended to an SEC best 12 through six games.