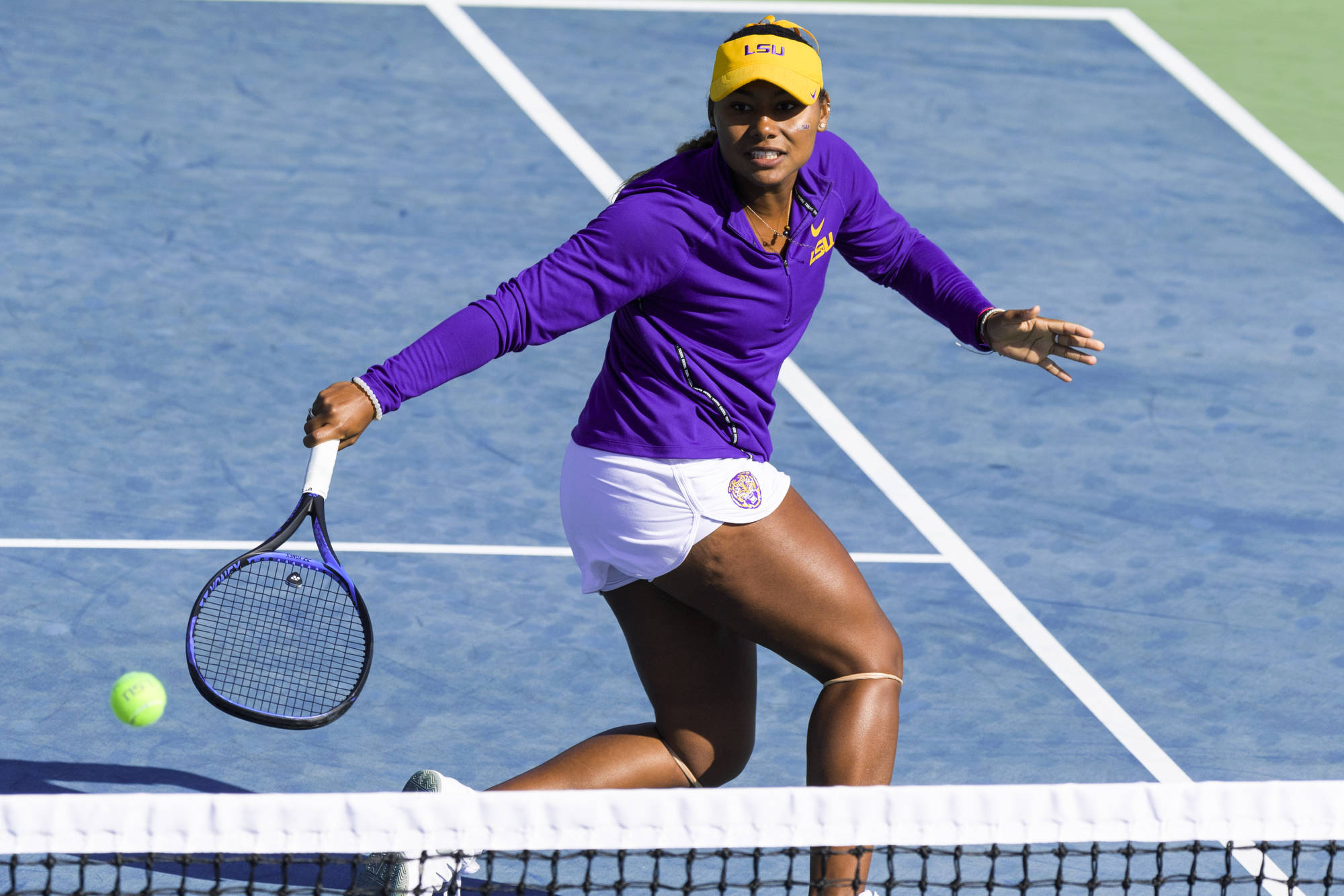 Stillwater, Okla. – LSU women’s tennis senior Paris Corley was defeated in the second round of singles at the ITA All-American Championships on Thursday, October 10, at the Greenwood Tennis Center.

“We had a strong showing at All-Americans with a combined 10 singles wins and several more in doubles against the nation’s best,” co-head coach Michael Sell said. “Another strong showing from Paris, who beat several ranked opponents including another career high ranked win.”

“We are all coming home more eager as we know we could have achieved much more. Our goal is to contend for titles and we have the ability to do that. We need to make sure we play our best tennis every time we take the court.”

The No. 39-ranked duo of junior Eden Richardson and freshman Safiya Carrington faced UCF’s Marie Mattel and Rebeka Stolmar in the first round of the main draw. The two teams contested an even match, taking games from each other before UCF’s pair was able to pull ahead and win the match by a score of 8-6 to advance to the next round.

Richardson and Carrington moved to the consolation bracket, where they faced No. 11 Lauren Alter and Tatum Rice from Arkansas. The Tigers and Razorbacks had an even contest, trading games back and forth. The Razorback duo eventually took the lead and held on to win 8-6 and advance.

In the consolation bracket, No. 11 Richardson was matched against Wake Forest’s No. 88-ranked Carolyn Campana. Campana took an early lead, winning a closely contested 7-5 first set. Richardson struck back in the second set, winning 6-3 to force the third decisive set. Campana held her ground in the third set, holding Richardson off to win 6-2 and take the set.

Corley’s second round match saw her take on Lisa Marie Rioux from Oklahoma State. Rioux was dominant in the first set, winning 6-2. The second set was a closely contested one, with Corley and Rioux trading games back and forth. Corley’s surge fell short, as Rioux was able to win the set 6-4 and move on to the round of 16.

LSU will host the 2019 ITA Southern Regionals beginning at 9 a.m. CT on October 18, at the LSU Tennis Complex.