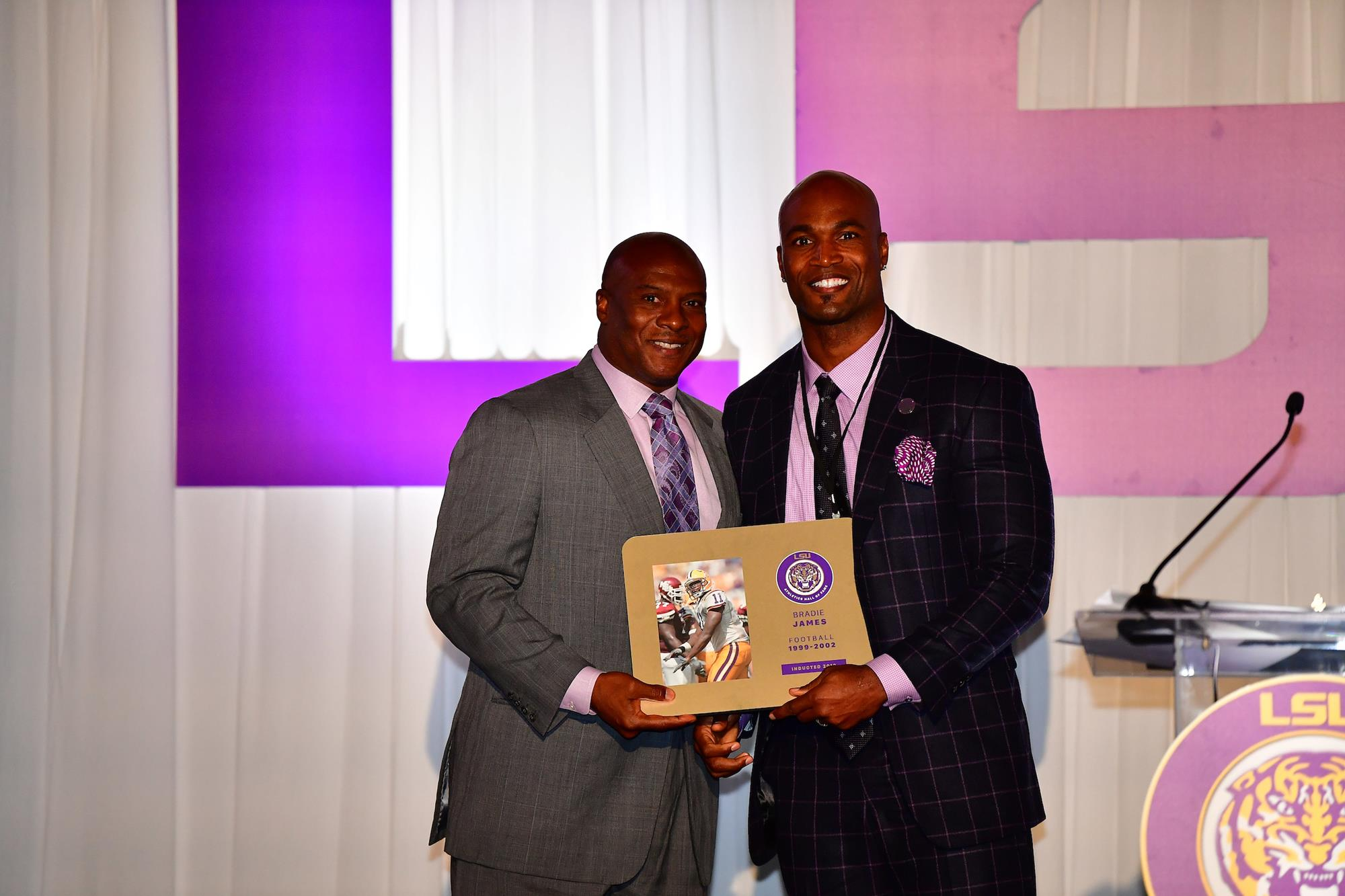 “Tonight is all about your unrivaled contributions to LSU,” LSU Director of Athletics Scott Woodward told the honorees. “Enjoy it, you deserve it. All of us are honored to gather together for all that you’ve done for this institution.”

Kevin Jackson was a three-time wrestling All-American at LSU from 1983-85 before the university discontinued its wrestling program. He completed his collegiate career at Iowa State in 1987, where he finished as the NCAA national runner-up in his weight class.

Susan Jackson won the 2010 Honda Award as the National Gymnast of the Year, and she was named the 2010 SEC Female Athlete of the Year. She was an 11-time first-team All-American, and she won individual NCAA Championships in the all-around, the balance beam and the vault.

LSU Tiger Tracks, a program highlighting various aspects of the university and its athletics department, can be seen at 10:30 p.m. CT Wednesday on Cox Sports Television.
Skip To Main Content