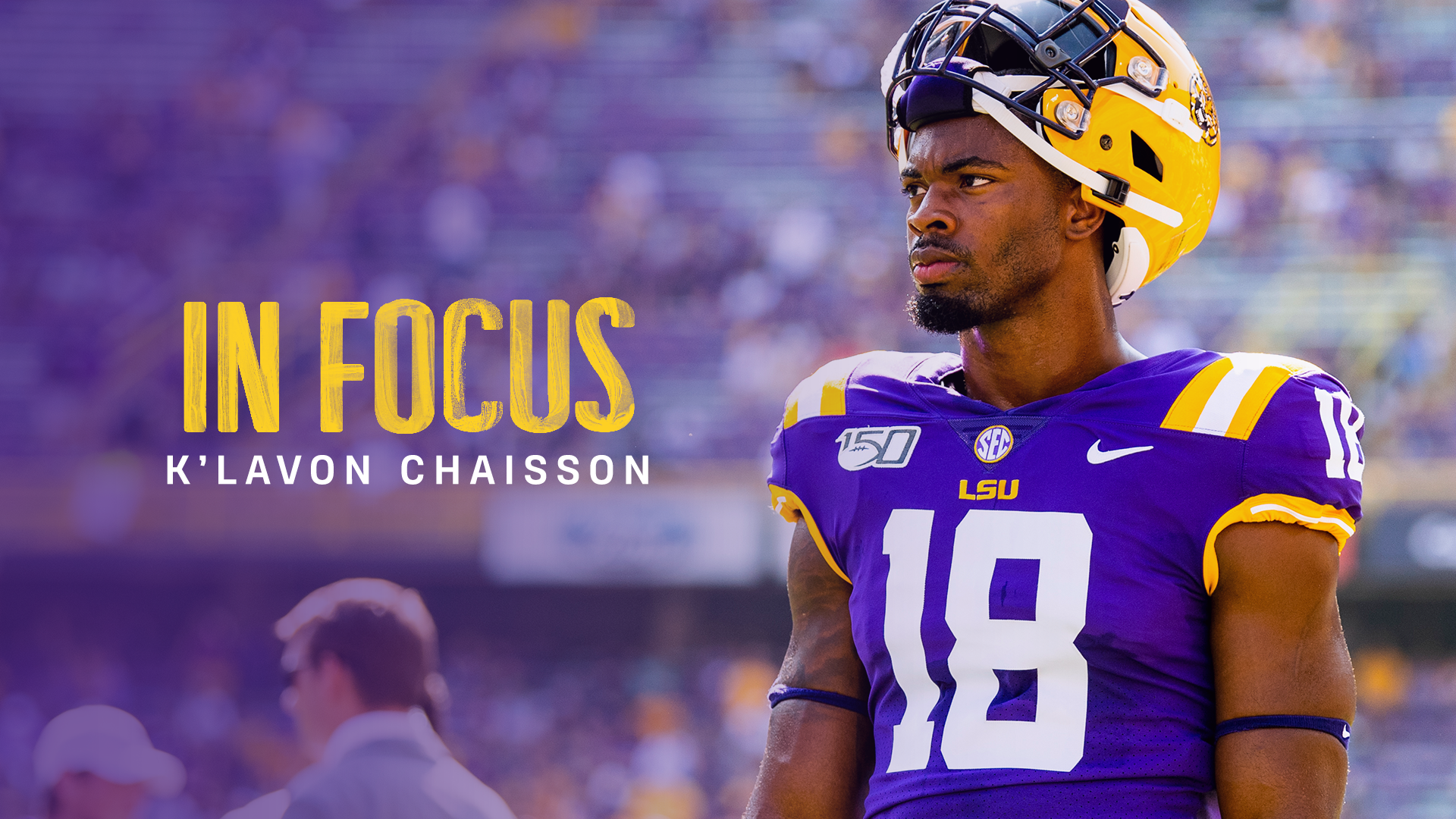 With sky-high expectations entering his sophomore year in 2018 after exploding onto the scene as a freshman, Chaisson came revving out of the gate in the season-opener against Miami, recording a career-best 6 tackles in three quarters of action.

But one simple move off the edge in the fourth quarter would leave LSU’s starting pass rusher laying flat on his stomach on the turf inside AT&T Stadium. A raucous crowd of Cajuns enjoying a 33-17 lead immediately went silent, and as Chaisson walked off the field under his own power, he had no idea those would be his final tackles of the season.

MRIs would soon reveal the devastating news: Chaisson had suffered a season-ending ACL injury.  He could’ve moped, and he could’ve pouted.

Instead, Chaisson attacked his recovery like he attacks quarterbacks off the edge: full speed ahead.

Through this significant setback, Chaisson remained positive in his year-long road to recovery. From the sidelines, LSU’s star pass rusher became a vocal leader and the team’s biggest supporter, while also earning SEC Academic Honor Roll for the second-straight year in the classroom.

“I don’t believe in having a negative mindset,” said Chaisson. “I feel like everything happens for a reason. If I can’t help physically, I’m still going to try to help outside of that.”

That type of leadership didn’t go unnoticed by the coaching staff. Chaisson, along with junior center Lloyd Cushenberry, was awarded the coveted No. 18 in August, given annually to a team leader. The two joined greats like Matt Mauck, Jacob Hester, Brandon Taylor and Tre’Davious White in repping the prestigious number.

“The guy is a professional,” said coach Orgeron of Chaisson. “The reason we gave him the No. 18 is because of his character. He’s the ultimate team player.”

“It was definitely a surprise, something I didn’t expect to happen,” said Chaisson on earning No. 18. “The team, the coaches … they all felt like I deserved it. That’s a good compliment to my character.”

Chaisson gave LSU fans a taste of his greatness in 2017, recording 27 tackles, 4.5 tackles for loss and 2 sacks as a freshman behind current Oakland Raider Arden Key. Now as a redshirt sophomore, his expectations are even higher, and  despite another ankle injury that has sidelined him for the past few weeks, he’s holding himself to the highest standard.

While he rehabbed from the ankle  injury, Chaisson worked to impact the team in as many ways he can. He doesn’t need to prove himself as a leader anymore; those qualities are ingrained in him. His biggest concern is wasting the talents he knows can contribute to this team and to be viewed as an ‘injury prone’ player.

“I don’t ever want to be seen as not dependable,” said Chaisson. “I’ve never had an injury problem until last year’s injury and now. Everything I get, I’m just trying to play through it.”

Even from the sidelines, he feels the feedback he provides his teammates is well received.

“It’s hard to listen to someone who’s not actually out there with you, but I feel like I’ve gained enough respect on and off the field to where a lot of guys listen to me.”

Between Barkevious Mingo, Danielle Hunter, Arden Key and now K’Lavon Chaisson, many could speculate there’s a pass rushing factory in the basement of Tiger Stadium. Each of those players present eerily similar physical attributes and are constantly compared to one another.

Chaisson’s decision to sign with LSU from North Shore High School in Texas  was in part influenced by those who came before him, but also about the brand that this defense has built here in Baton Rouge.

“[LSU] was not too far, not too close. I had respect for the program overall. Everyone knows about LSU and their defense. That was a way to get out and play for the best conference in the game. It was a great way to jump start my football career,” said Chaisson.

The Houston native made the choice to go out-of-state and had the chance to return home wearing purple and gold. In his homecoming vs. Texas on Sept. 7, Chaisson recorded a big sack on his native land, but it was just business as usual for him.

“I’m not really a big personal [accolade] guy,” he said. I just wanted to win the game.”

With the addition of Joe Brady and this new spread offense, quarterback Joe Burrow and the Tigers’ offense is all about getting the ball out quick. For Chaisson, it may limit the number of sacks he gets each day in practice, but the new scheme isn’t changing his approach.

“You just have to affect the game in as many ways as possible,” said Chaisson. “Even if I’m not getting to the quarterback, I hustle to the ball and try to get the ball out.”

A lot has happened since he first stepped on campus as a freshman, but now as veteran and a team leader, Chaisson is actively mentoring younger players like Jarell Cherry, Travez Moore, Nelson Jenkins and Damone Clark, holding individual meetings centered around football knowledge.

“I’ve been trying to get the young guys’ football knowledge up. Not so much the next gameplan or the next play, just football knowledge,” said Chaisson. I don’t want it going in one ear and out the other, so I try to get them at the perfect time when they’re fully awake.”

When he’s not on the field or coaching up the younger guys, Chaisson is studying film on his iPad. He’s a relentless student of the game who is always looking into new ways to make the team better than they were yesterday.

Ed Orgeron, the coaching staff and the players all raved about how valuable his leadership was from the sidelines during his season-ending injury in 2018. Even now, close to 100% and eagerly awaiting his return to the field, those qualities still remain with him.

During media availability on the Monday before the Utah State game, from inside the indoor football facility, Chaisson fielded questions about how he’s handled being a spectator for two games. After a few weeks of treatment and rest, he felt like he was ready to go, but would continue to do and respect whatever the trainors tell him. Nevertheless, you can tell there’s really only one thing on his mind.

“I don’t care if we’re playing a high school team, JUCO, Division II, I just want to play. The fact that I can’t be out there really bothers me.”

Chaisson’s hard work paid off. He returned to the field for LSU’s win over Utah State last week, and he’s at full strength heading into the heart of SEC play.

In other words, he’s full speed ahead.

An LSU defense that suffered its fair share of injuries to start the season is inching closer to being at full strength for the first time since Texas on Sept. 7. For Chaisson, there’s only one way to describe how good the unit could be when fully healthy.