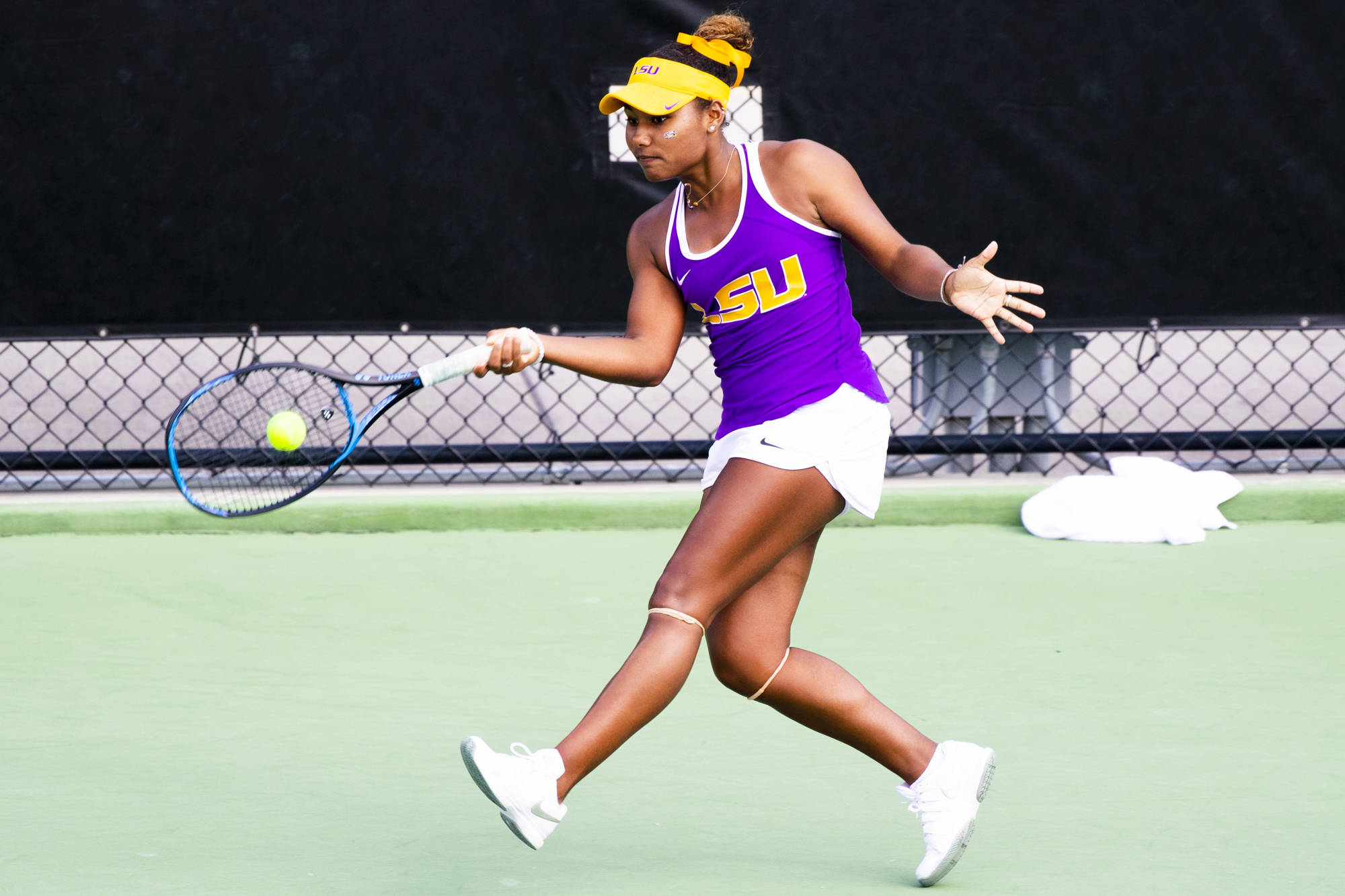 Tulsa, Okla. – LSU women’s tennis team senior Paris Corley was victorious in her singles match and advanced to the main draw of the ITA All-American Championships on Tuesday, October 8, at the Case Tennis Center.

Corley and junior Taylor Bridges faced Florida State’s Victoria Allen and Emmanuelle Salas. The two teams contested an even match, with both sides trading points and games. The Seminole duo was able to pull ahead at the end and defeated the Tigers by a score of 8-6 to advance.

Freshman Safiya Carrington began her first consolation match against Miranda Ramirez from Syracuse. A gritty first set saw Carrington edge her opponent by a score of 7-5. Carrington carried momentum from the first set and powered her way to a 6-3 second set victory and into the next round.

Carrington’s final singles match of the tournament came against USC’s No. 102-ranked Danielle Wilson. Carrington got off to a great start, jumping ahead and winning the first set 6-3. The second set was a much closer one, with Wilson able to gain advantage and win the set 7-5 to force the decisive third set. The third set was as close as the second one, with Carrington winning this time by a score of 7-5 to win the match.

Freshman Nina Geissler faced off against No. 84 Adriana Reami from North Carolina State. Reami had an almost perfect first set, winning 6-0. Geissler battled back in the second set, forcing a tiebreaker. Reami was able to hold Geissler off, winning the tiebreaker 7-4 and advancing to the main draw.

Corley faced William & Mary’s Natalia Perry with a spot in the main draw on the line. Corley showed her strength in the first set, blanking Perry and winning, 6-0. Corley did not slow down in the second set, winning 6-0 again to sweep her opponent and earn her spot in the main draw.

The main draw of the ITA All-American Championships will begin tomorrow, October 9. Corley and junior Eden Richardson will compete in the singles main draw, with Richardson and Carrington teaming together in the doubles main draw.