Kevin Jackson Continues to Thrive on an International Stage 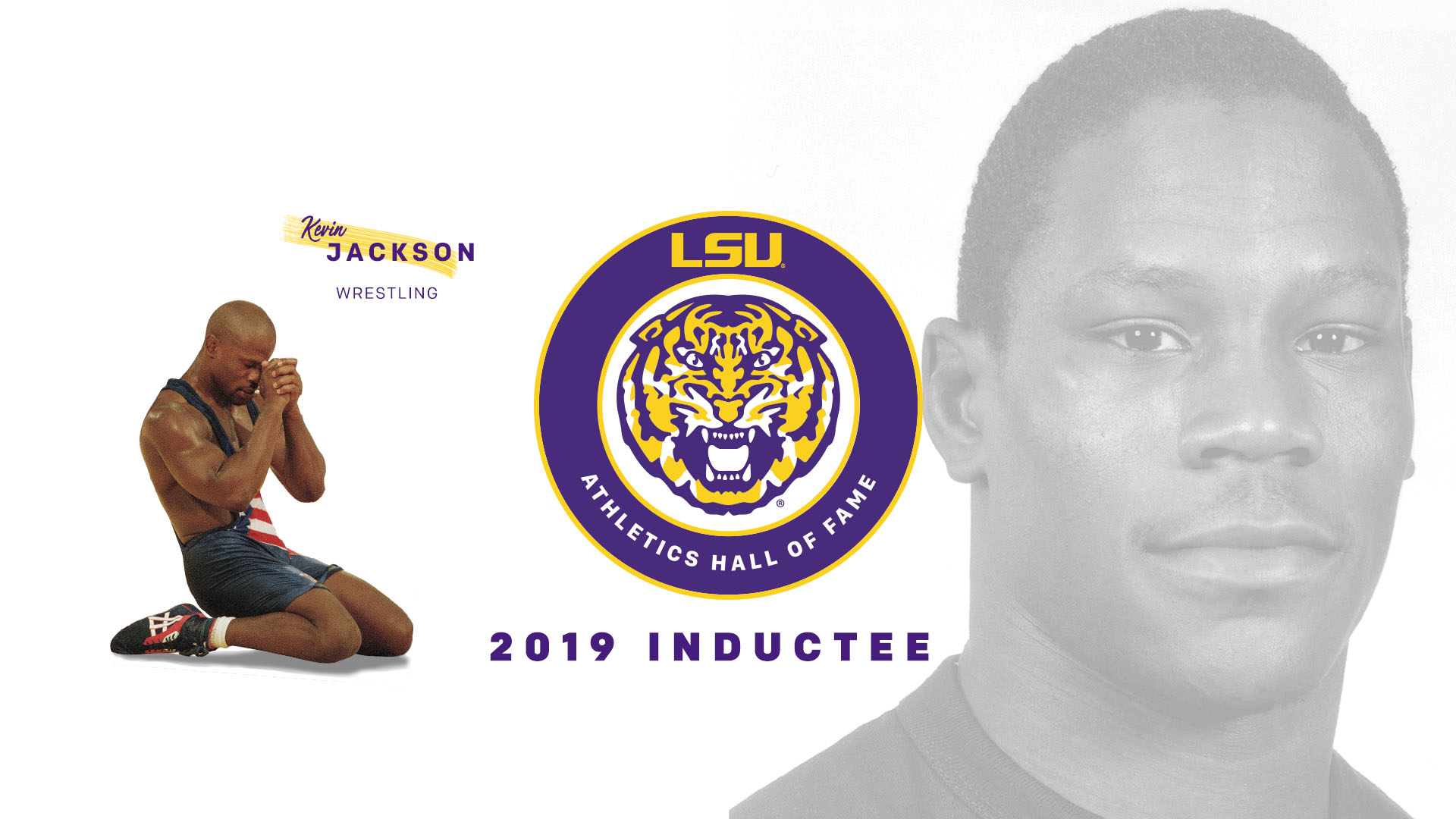 Kevin Jackson’s catch phrase is “be in it to win it.” Throughout his wrestling and coaching career, he has been able to do just that.

“Kevin Jackson was one of the greatest wrestlers our nation has ever produced,” said USA Wrestling National Freestyle Coach William Zadick in his letter of recommendation for Jackson, who will be inducted into the LSU Athletics Hall of Fame on Friday night.

Jackson attended LSU for his first three seasons as a collegiate wrestler until the university discontinued the sport. He transferred to Iowa State for his senior season and completed his collegiate career with four All-America honors and a runners-up finish in the 1987 NCAA tournament.

Following his graduation from Iowa State, he captured an Olympic Gold Medal at the 1992 Games in Barcelona. He was also a two-time World Championships Gold Medalist and a two-time Pan American Games Gold Medalist.

“It’s a true honor to be inducted into LSU’s Hall of Fame, especially after all the years and the changes,” Jackson said. “The big thing for me is that I’m really excited.

Jackson loves LSU and believes it is special because of the family atmosphere.

“There is a strong family feel, especially within the athletics department,” said Jackson. “And then just the energy, the intensity, and the excitement that surrounds our university’s athletic program and academic programs in general make it special. When it comes down to it, it’s just the people – the people that love LSU and support LSU and want to see anybody associated with LSU succeed, so that’s really what makes it special.”

When reflecting about the influence wrestling at LSU had on his career, Jackson, a high school state champion in Michigan, said, “It was such a great support system that really wouldn’t allow you to fail. Being so far from home, I needed that.”

Jackson now serves as the National Freestyle Developmental Coach for USA Wrestling. He is currently training his athletes for the 2020 Tokyo Olympics.

“Our wrestling program, United States Wrestling, is consistently top three in the world, winning the World Championship as a team in 2017,” said Jackson. “Training is going well and we’re expecting a really strong showing in Tokyo this summer.”

Jackson has had a very successful wrestling career, and he instills the wisdom he’s learned throughout the years into the athletes he trains. His message to them is to persevere through the tough times.

“A lot of wrestling, you can relate it life – kind of being on your own and making decisions and based on those decisions, you’re going to either win or lose that match, and so it all falls on your shoulders,” Jackson said. “There’s no one else to blame, and then you’re going to suffer losses – devastating loses, just like losing an NCAA championship.

“That was devastating, but to be able to gather yourself and look forward to the next goal and opportunity and realize that life continues.”

Jackson said there is more to life than sports and believes that “if your best allows you to accomplish some great athletic achievements, then you’re blessed.”

Outside of wrestling and coaching, Jackson is a family man. He’s been married for 25 years, and he is the father of five children.

“I’ve lived a pretty good life, and I’ve been able to do a lot of jobs that don’t involve wrestling,” Jackson said. “So, wrestling has really kind of carved out what I’ve done professionally, but at this point, my only real goal besides helping athletes reach their full potential at the world level and at the Olympic Games is to support my children. My job and my goal is to see them strive to be their very best, and go on to college, and do great things.”

Jackson’s career has been the quintessence of triumph, and his will to be his best has allowed him to continue to “be in it to win it.”

“I didn’t get the opportunity to graduate from LSU, but I think it’s kind of going to feel like graduating from LSU when I get a chance to walk across the stage at the Hall of Fame,” he said.