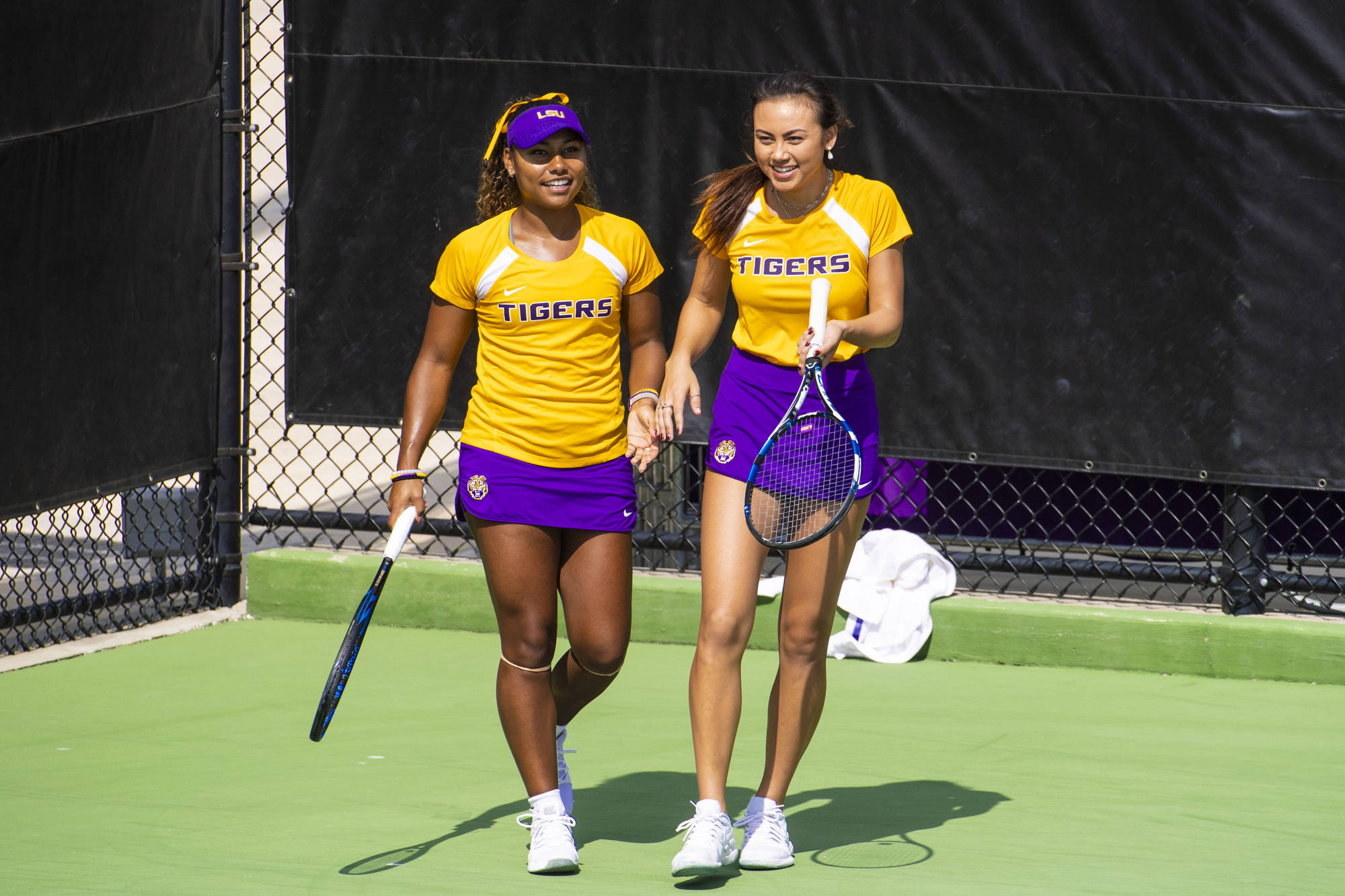 Tulsa, Okla. – LSU women’s tennis team senior Paris Corley was victorious in her singles and doubles matches in the qualifying stages of the ITA All-American Championships on Monday, October 7, at the Case Tennis Center.

Corley and junior Taylor Bridges began their doubles campaign against Iowa State’s Maty Cancini and Thasaporn Naklo. The teams were evenly matched, taking games from each other before the Tiger duo was able to defeat the Cyclones pair by a score of 8-6.

Corley and Bridges teamed together for their second match of the day as they faced Julie Byrne and Hannah McColgan from Northwestern. The Purple and Gold duo were involved in another close contest, with not much separating the two teams. After fourteen games, the match was tied at 7-7 and required a tiebreaker to decide it. The Tigers once again showed their strength, and were able to win the tiebreaker 6-4 and advance to the next stage of qualifying.

Corley began her singles campaign against No. 55 Tatum Rice of Arkansas. Corley got off to a fast start and won the first set by a score of 6-2. The second set was more of the same, with Corley dominating Rice on her way to winning 6-2 to clinch the match in straight sets and advance to the next round.

Freshman Safiya Carrington faced the No. 54-ranked Vanessa Wong of Washington. A close first set saw Carrington and Wong trade games before Wong was able to edge Carrington by a score of 6-4 and take the first set. Carrington struck back in the second set, winning 7-5 to force the decisive third set. Wong took the lead and didn’t look back on her way to winning the set 6-2 and advancing rounds.

Freshman Nina Geissler was matched against Georgia’s Morgan Cappoc in the first qualifying round. Geissler and Cappoc’s first set was closely contested, requiring a tiebreaker that Cappoc was able to win, 9-7. The second set was as even as the first, with Geissler able to win successive games to win the set by a score of 6-4 and force the third set. The third set saw Geissler and Cappoc once again trading games, requiring another tiebreaker to decide the match. Geissler was able to take the tiebreaker, 7-5, and advance to the next round.

The qualifying stages of the ITA All-American Championships conclude tomorrow, October 8, with three Tigers competing for a spot in the main draw. Singles action begins at 8 a.m. CT and will be followed by doubles play.