Kozlov Moves On to the Second Round in Tulsa 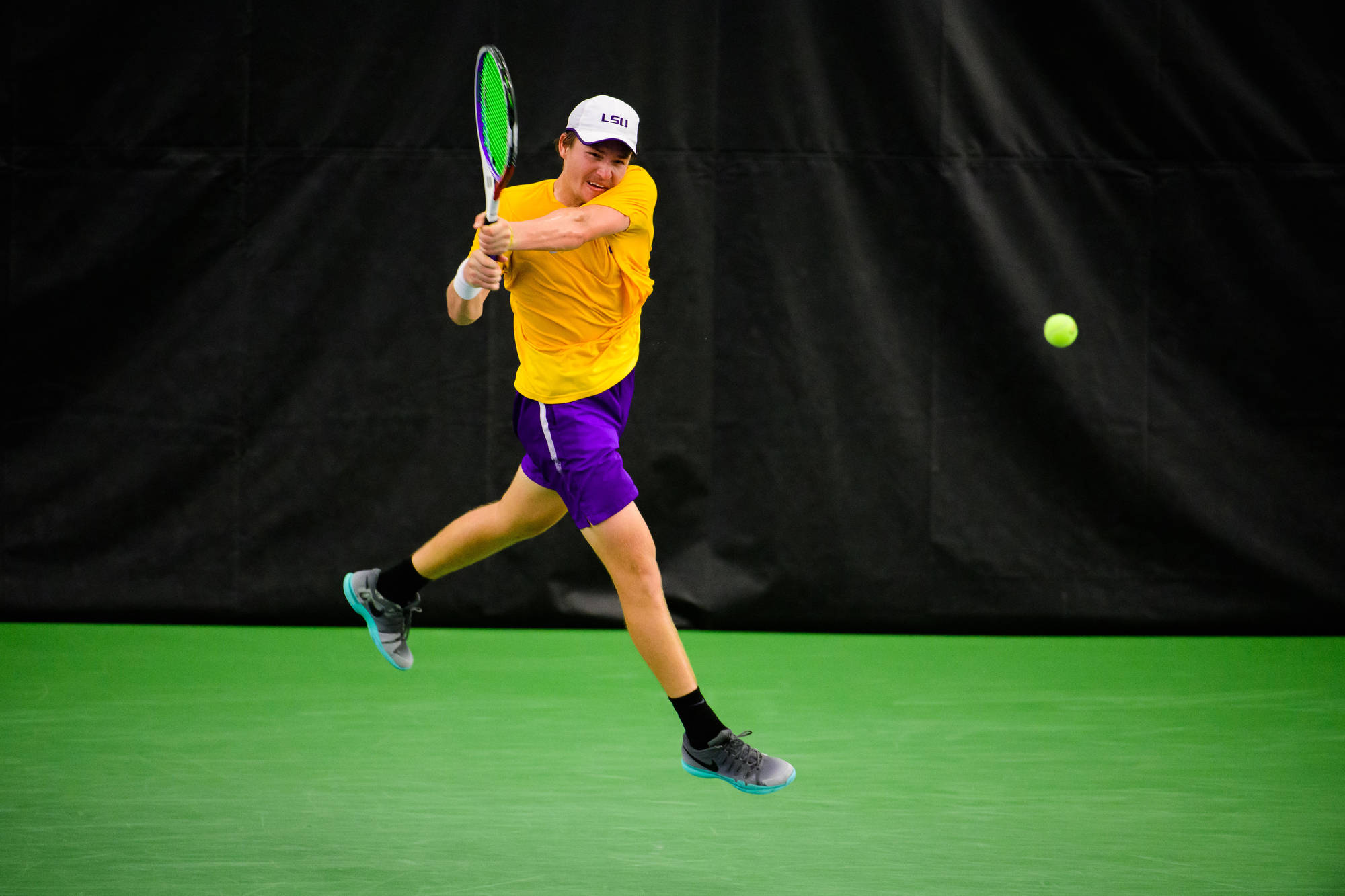 Tulsa, Oklahoma—Four members of the LSU men’s tennis team played in qualifying round at the ITA All-American Championships this Monday. Sophomore Boris Kozlov competed in singles at the Michael D. Case Center in Tulsa, Oklahoma. In doubles, junior Daniel Moreno was paired with sophomore Nick Watson, while freshman Tomas Descarrega was paired with Kozlov.

Boris Kozlov, No. 91 in ITA rankings, started the day off against Oklahoma in his first match of the tournament. He made quick work on his opponent, breezing through the match 6-1, 6-0. He moved onto the second round of the qualifying round and will face Florida State Tuesday at 9:00 a.m.

On the doubles side, Daniel Moreno and Joey Thomas took on Vanderbilt. The duo had a back and forth first set that went to a tie break. That they went on to win the break and as well as the second set and they took the match 7-6(5), 6-4. In the Round of 32, the two took on the No. 14 ITA ranked duo from Baylor. Moreno/Thomas dropped the first set but came back to win the second set, moving the match into a tiebreak. None of the pairs could break away, but LSU eventually fell 10-8, as they were defeated 3-6, 6-2, 1-0(10).

Tomas Descarrega and Boris Kozlov ended LSU’s day with a match against Abilene Christian. They controlled the first set and won 6-3 but dropped the second 3-6. LSU went into yet another tiebreak that went back and forth, but they were eventually defeated. The final was 6-3, 3-6, 1-0(8).

Boris Kozlov is LSU’s lone representative left as he will look to continue his success on Tuesday.